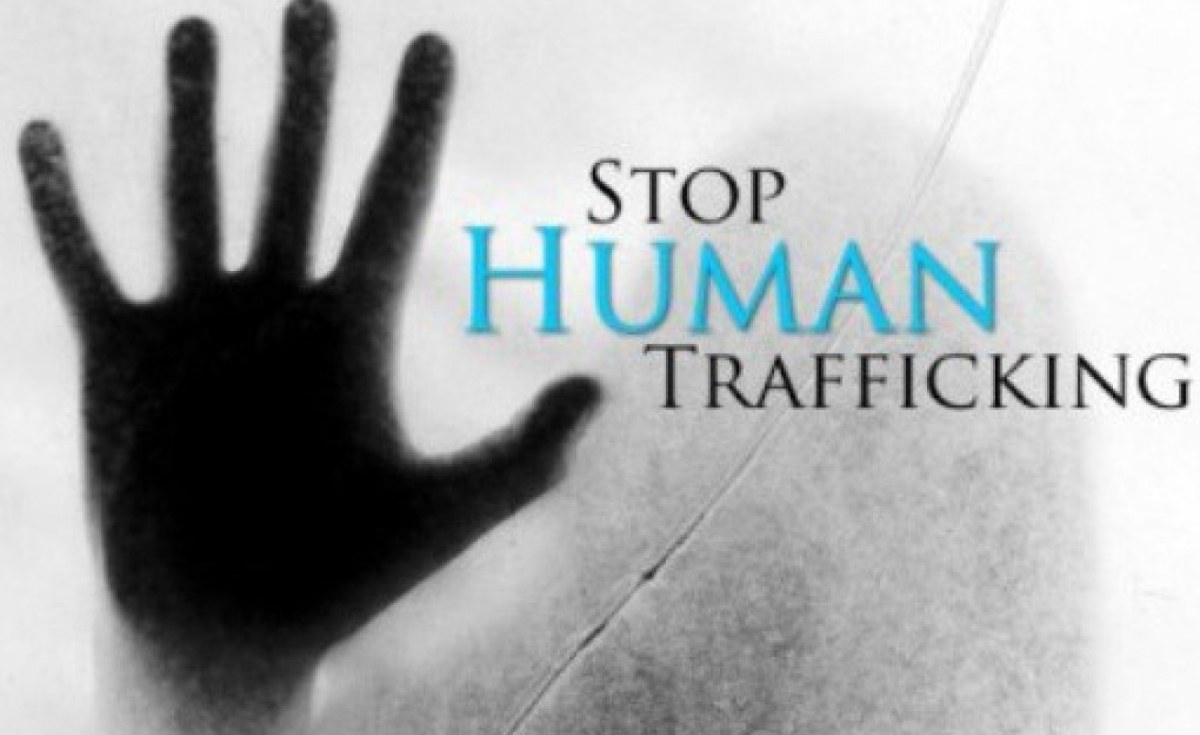 Sophia Nalumba (not her real name) is sitting in an internet cafe, beaming with excitement. She doesn’t even seem to notice the people around her wondering what made her happy.

Without hesitation, she gestures for a lady to read the email aloud in front of her and everyone joins in the frenzy as they discover the source of Sophia’s happiness.

He was offered a job in a hotel in Europe!

But Sophia didn’t know it was the start of a dangerous encounter.

Upon arriving in Europe, Sophia’s beaming smile faded as the jovial and friendly man she communicated with during her job grew cold and hostile.

He gave her an overview of her demands, which include sex and pornography, and before she got to the house she had been promised, reality quickly caught on her.

She had been trafficked.

Sophie is not alone.

Hundreds of women are unwittingly trafficked to various countries every day through the use of cyberspace.

As Zambia joins the rest of the world in commemorating 16 Days of Gender Activism, there is a need to appreciate the role cyberspace plays in fueling sexual violence against women and girls.

In the digital age, many forms of trafficking take place in cyberspace, sex and labor trafficking, with child pornography, the sale of babies and organ trafficking taking center stage.

According to law enforcement agencies, some trafficking offenses usually start with offenders meeting their potential victims on social media, such as Facebook and other platforms.

They make these victims trust them by expressing their love and admiration for the victim, promising them money and a better future in a new home.

Some victims are job seekers who are promised good jobs.

But soon they encounter the harsh reality of having been trafficked when they arrive at the destination promised to them by the offender where they are abused upon arrival and their movements are restricted.

Communication with the people at home for the victim is also cut off and they are normally beaten until they adhere to the demands of the offenders.

Last week, the United Nations Office on Drugs and Crime (UNODC) and the Southern African Development Community (SADC), with support from the European Union (EU), organized a program of cybercrime training for law enforcement officers.

The five-day program attracted investigators and prosecutors whose work is linked to sexual violence against women and girls and other serious forms of violence in southern Africa.

Deputy Inspector General of Police Dorris Nayame said there was a need to address issues related to how the internet has increased the vulnerability of women.

She said the training program was properly planned as the world prepared to celebrate 16 days of gender activism.

â€œAs new technologies are introduced, they also show how dangerous cyberspace is for women and girls who experience sexual violence, including human trafficking,â€ she said.

Ms Nayame said that human traffickers demand money in exchange for the dignity of their female victims.

She said that in 2018, a Zambian girl was repatriated from Turkey where she was trafficked via cyberspace.

She added that, according to data from the Victim Support Unit (VSU), around 79 percent of people who suffer from gender-based violence are women and girls, while 21 percent are men.

The VSU and the investigation section of the police department have also been improved to ensure that victims of GBV are treated with dignity and receive the necessary support.

Speaking through SADC Secretariat Representative Barbra Muchenga, SADC Police Chief Thanyani Gumede said the organization is determined to support all efforts to maintain peace and security in the region.

“There is a need to strengthen collaboration to combat this vice and help prevent and combat cybercrime,” she said.

The organization said the problem is that cybercrimes against women and girls are difficult to track because offenders are hiding under fake names online.

He said that victims of crimes in cyberspace suffer a lot of trauma.

The organization said that it is necessary to ensure that the victims of the said crimes are not harassed by the perpetrators or their families.

“Some of the evidence available to these victims can be very embarrassing and, as law enforcement officers, let’s just be patient with them,” said the UNODC representative.

In other reports, UNODC has stated that women are disproportionately subjected to various forms of online abuse in various parts of the world, especially women of religions, ethnic or racial groups, economic status and specific disabled people.

In 2017, an Amnesty International poll found that about a quarter of the 4,000 women surveyed in the United States (United States), United Kingdom (United Kingdom), Denmark, Sweden, Spain, in Italy and Poland had suffered some form of online abuse such as cyber harassment at least once.

About 41 percent of affected women, who were victims of online abuse, feared for their personal safety as a result of the abuse and harassment.

The women received intimidating messages, threats of violence and sexually explicit texts, emails, images and videos through dating, social media and other online platforms, as well as in chat rooms and instant messaging services.

The report further states that women and girls are more likely to experience cyberstalking and cyberstalking as well as threats of sexual and physical violence, as well as sexist, misogynistic, discriminatory and harmful comments have been communicated to women and to girls through information and communication technologies. (TIC).

This has created a hostile environment for them online.

Women in Ghana face a lot of online abuse.

This includes not only the distribution of sexually explicit images and videos, but also hateful, abusive and offensive comments directed at women.

A feminist organization in Colombia, Mujeres Insumisas, has reported incidents of sexual violence, harassment and harassment against its members both online and offline.

Get the latest African news straight to your inbox

We need to confirm your email address.

To complete the process, please follow the instructions in the email we just sent you.


There was a problem processing your submission. Please try again later.

Additionally, research has shown that just being a female public figure can lead to threats of physical and sexual violence, as well as misogynistic comments.

Women have also been the predominant target for Image-Based Sexual Abuse (IBSA), often referred to as â€œrevenge pornâ€.

It is a form of cyberstalking that involves “creating, distributing, and non-consensual threats to distribute nude or sexual images” to cause “distress, humiliation and / or harm to the victim. ‘one way or another.

Images and videos of victims can be taken from online websites and social media accounts and used in a way that defames or humiliates them.

For example, a victim’s face or head may be superimposed on other people’s bodies for the purpose of defamation or pornography, a process known as morphing.

The transformed image may be obscene in nature and is intended to damage the reputation of the victim.

Face morphing software, which uses a machine learning algorithm to replace faces in videos, has been used to create fake pornographic videos of victims that are distributed online.

Other types of cyberspace crimes, as explained by UNODC, include sexting, which is a type of â€œself-generated sexually explicit materialâ€.

Sexting is the most common type of self-generated sexually explicit material involving children.

Some research has shown that girls feel coerced or constrained more often than boys.

From the above and as observed by Ms. Nayame, it is clear that the Internet has increased the vulnerability of women and girls and that everything must be done to protect them from sexual and other violence.

People with higher rates of anxiety, depression – not loneliness – are more likely to use “sextech”: UI News: Indiana University