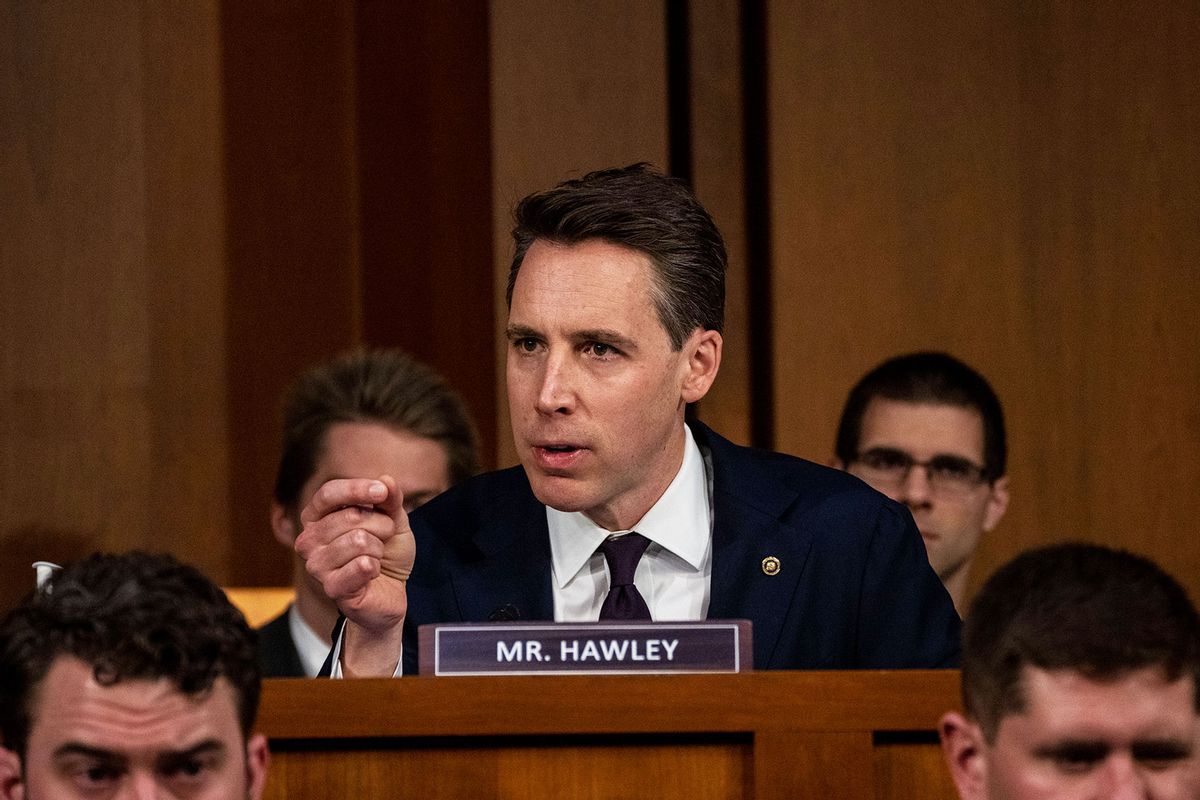 ‘Without the Bible, there’s no America’: Josh Hawley becomes a full-fledged Christian nationalist at NatCon

MIAMI — Republican politics may be about to get a lot more ecclesiastical than it already is. On Monday, the second day of the National Conservatism conference here, conference organizer Yoram Hazony, president of the Edmund Burke Foundation, called on conservatives, repeatedly, to “repent.” Much of this retribution centered on what Hazony – also author of ‘The Virtue of Nationalism’ and the recent ‘Conservatism: A Rediscovery’ – considers overly sensitive to the political right to discuss what he regards as the Christian roots of the United States. States.

This might surprise many Americans who have observed the increasingly open and powerful alliance between the far-right Republican and Christian nationalism. But Hazony is considering something on a broader societal level: the restoration of Christianity as America’s “public culture”, which means that Christian values ​​and observances are supposed to reflect the will of the majority, and whether non-Christians should face active discrimination nor should they expect to see their values ​​reflected in the public square. Hazony himself is Jewish, but has argued for several years that only such a restoration of public Christianity — through things like a return to biblical teaching in public schools — can ward off the threat of “woke neo-Marxism.” To that end, he argued, Republicans need to be even more explicit than they already are.

“When politicians come to stand on this stage,” he asked, “do they mention the Bible? No, never.” He continued, appearing to refer directly to a quote from Florida Governor Ron DeSantis’ speech on the conference’s opening night: “Do they mention God? Yes, yes they do. They’ll always say the same thing, ‘Well, our rights come from God, not from the government. OK, fair enough. Can you tell me, when did God give you those rights?’ There was an answer to that question, he continued: “We got those rights from God in the Bible.”

An hour later, when Missouri Senator Josh Hawley took the stage, he rushed to deliver a speech that might as well have been a sermon.

In 2021, when Hawley last spoke at NatCon, he made national headlines for his statement that “the left” sought to “undo manhood” and create “a world beyond of men,” and widespread mockery for her claim that feminist critiques of masculinity had led to a generation of young men addicted to video games and pornography.

This year, Hawley said, he focused on “left-wing efforts to undo history.” But after the standard conservative reference to 1776 and the assertion that “the rights of man come not from the bounty of the state, but from the hand of God”, Hawley went a step further, saying that this notion “comes from the Bible” and that in fact, the founding of America was only possible because of the Bible.

“We are a revolutionary nation precisely because we are heirs to the revolution of the Bible,” Hawley said, in a clear response to Hazony’s challenge that was echoed by other speakers throughout the day. “It was a revolution that began with the founding of the nation of Israel at Sinai and continued with the teachings of Jesus of Nazareth in the days of ancient Rome.”

“What they particularly dislike about America is our reliance on biblical teaching and tradition,” Hawley said. “What they don’t particularly like about our culture is the Bible. And now they want to break that influence for good.”

Want a daily recap of all the news and commentary Salon has to offer? Subscribe to our morning newsletter, Crash Course.

If the tone of this speech sounds unusual for a U.S. senator, it fits in with NatCon, which included other talks with titles like “How I Learned to Stop Worrying and Love Christian Nationalism “, “How Christian Conservatives Beat the UN and How You Can, Too,” “A Christian Case for an ‘America First’ Government,” and four separate panels examining the respective roles of the Protestant and Catholic versions of the faith in the within the movement. On Tuesday morning, Daily Wire host Michael Knowles delivered a plenary speech saying that “the traditional definition of the United States” is unmistakably “Christian nationalism”.

Hawley then spoke at length from scripture, citing biblical stories of Abraham and Jesus, and told a story about early Christians in the Roman empire who drove an ax into the head of a statue of a god” pagan”, supposedly leading to “thousands of rats… springing up from the rotten interior.” That, he continued, sounded like the political enemies of NatCon today.

“The woke left, they seem powerful, and maybe they are,” Hawley concluded. “Opposing them could cost us dearly, but the truth is worth any price.” Invoking the biblical guideline that, “although the God of the universe could have accomplished his purposes entirely on his own, he instead chose to call us to do his work with him,” Hawley urged the audience to “Count the cost and take our position, and we will turn the tide.”

on the Christian right