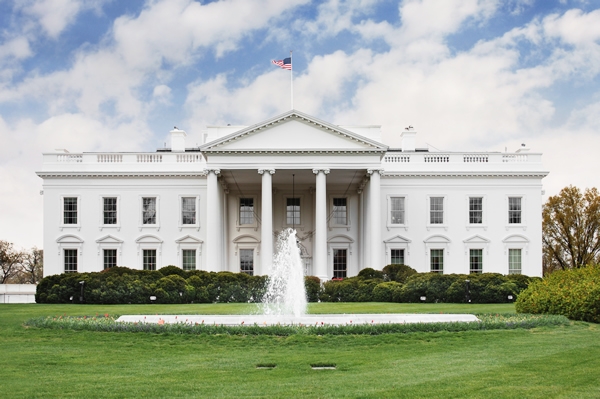 A Biden administration official said on Friday that the United States has “engaged directly” with LGBTQ Ukrainians and other groups that Russia could target if it took over their country.

“We have engaged directly with these populations to direct them to programs that offer emergency assistance to deal with resettlement, medical bills or other unforeseen costs,” the official told the Washington Blade. “And we have engaged with allies and partners to try to ensure that those who have to flee Ukraine have a place to go.”

The official noted that “based on Russia’s past behavior, it is reasonable to expect Russian authorities to target those who oppose or are perceived to oppose Russian government actions or policies, and/or belong to groups of people targeted by repression in Russia. The aforementioned individuals would include senior Ukrainian officials, Russian and Belarusian dissidents in exile in Ukraine, independent journalists, anti-corruption activists, vulnerable populations such as members of certain religious and ethnic groups, and LGBTQI+ people.

“We are also concerned about the safety of people with disabilities in any conflict situation,” the official said.

“We have warned and will continue to warn groups in the categories that we believe may be targeted based on our understanding of Russia’s past behavior and our knowledge of Russia’s plans to enable them to protect themselves. or to move to places where they might be safer,” the official added. “We also warned the Ukrainian government about anything that might happen.”

The official spoke to the Blade less than two days after the Russian invasion of Ukraine began.

Congressional LGBTQ+ Equality Caucuses and Ukraine in a letter they sent to Secretary of State Antony Blinken on Tuesday said they were “particularly concerned about the well-being of lesbian, gay, bisexual, transgender and homosexual (LGBTQ) Ukrainians and other marginalized groups in Ukraine” .

“There is a looming humanitarian emergency in Ukraine, and Ukraine’s partners – including the United States – must take action to protect Ukrainian lives, with particular emphasis on minority communities,” reads the statement. letter. “LGBTQ Ukrainians as well as Ukrainians with disabilities, the elderly and other marginalized groups face greater obstacles to seeking safety as a Russian incursion into Ukraine begins.”

“We must protect the rights of marginalized people in Ukraine and ensure they are protected as this crisis unfolds,” he adds.

The letter notes that Ukraine in recent years “has made great strides in ensuring equality for LGBTQ people within its borders and is a regional leader in LGBTQ rights.” These advances include a ban on discrimination in the workplace based on sexual orientation and gender identity and efforts to protect pride parades.

“LGBTQ civil society in Ukraine is strong and visible with many LGBTQ groups officially registered as non-governmental entities,” the letter to Blinken read. “While there is still work to be done, these advances stand in stark contrast to Russia’s positions on LGBTQ equality. The increased influence of the Russian government over the lives of Ukrainians is likely to be incredibly detrimental to the rights of LGBTQ people in Ukraine.

The State Department did not respond to Blade’s request for comment on the letter.

“We call on the United States and our allies to ensure that the unique vulnerabilities of Ukrainian LGBTQ leaders and civil society are part of all diplomatic talks and negotiations. Their safety must be paramount,” Parker said in a statement. “The future of Ukrainian democracy depends on it.”

The Global Equality Caucus, a group of elected LGBTQ people around the world that fights discrimination based on sexual orientation and gender identity, shares Parker’s concerns.

“We are concerned that Russia’s subversion of Ukrainian democracy and sovereignty has put human rights defenders in the country in immediate danger,” the group said in a statement Friday. “We call on governments around the world to recognize the humanitarian impact of this invasion and to take the necessary steps to ensure the safety of any Ukrainian who is at risk of persecution elsewhere.”

A Wider Bridge and more than a dozen other LGBTQ Jewish organizations in the United States and around the world on Friday condemned Russia’s invasion of Ukraine and expressed “solidarity with the Ukrainian people.” The groups, along with the Global Equality Caucus and the Victory Institute, are also concerned about LGBTQ Ukrainians and other groups, including Jewish Ukrainians, in Ukraine.

“The Ukrainian Jewish and LGBTQ communities face particularly acute vulnerabilities,” the groups’ statement read. “They have always been marginalized and continue to face ongoing discrimination. We are deeply concerned that LGBTQ people in general and LGBTQ Jews in particular will be scapegoated in what could become a broad humanitarian crisis.