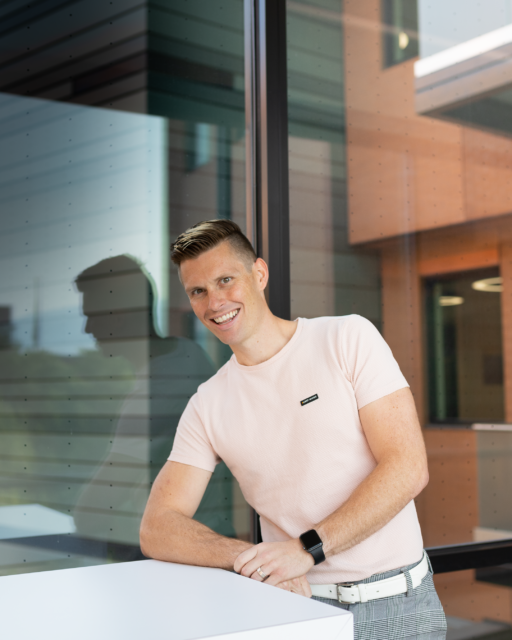 (RNS) – A new study offers some advice for local leaders in The Church of Jesus Christ of Latter-day Saints: Listen with empathy to church members who are LGBTQ+. Don’t give advice (unless prompted), try to “fix” people or punish them for their sexuality or gender expression. Above all, approach all interactions with LGBTQ+ members with an open mind, hoping to learn.

This study is a small subset of 25 people a 10-year longitudinal study of 370 SGM (sexual and gender minorities) Mormons and former Mormons in the United States. From this core group, the researchers selected 25 volunteers for in-depth follow-up interviews about their experiences with Mormon leaders. The researchers deliberately selected a mix of people.

“We have about half of our sample that is currently active (in the LDS Church) and then half of our sample that is not,” Principal Investigator Tyler Lefevor from Utah State University told RNS in an interview. “And then a range of the LGBTQ-plus spectrum: trans, non-binary, gay, lesbian, bisexual, and pansexual. The one aspect of diversity that was hard to come by was racial/ethnic diversity. We had a harder time with this because Mormons tend to be pretty white.

Lefevor and his co-authors (Samuel J. Skidmore, graduate student; Adlyn Perez-Figueroa, undergraduate researcher; and Kirsten Gonzalez, professor at the University of Tennessee-Knoxville) wrote up their findings and will also present them locally to Leaders of the Church, stake councils, and ward councils. (If you would like to schedule one of these short presentations, you can contact the researchers by by following this link.)

Here are some of my top takeaways after reading the search results.

1. The most common experience of SGM church members was having church leaders warn them not to violate church policy

This was not surprising: nearly 9 in 10 participants said the advice they received was to avoid same-sex relationships if they were gay, or gender transitions if they were gender non-binary.

The authors of the study note that this type of counseling is not very useful for SGMs, since they are already fully aware of the Church’s policies on sexuality. One pansexual respondent noted that a Church leader was simply handing out “pamphlets that I had read before that said to do the things I already knew.”

2. Leaders are often unprepared for these conversations

Also in the “not very surprising” category is the fact that many bishops, stake presidents, and mission presidents seem largely ill-prepared for conversations with SGMs about sexuality. Three-quarters of those surveyed said LDS clergy seemed overwhelmed, saying they had received no training or education to guide them in conversations with members who weren’t heterosexual and cisgender.

In some cases, it was seen as a positive, if the leader expressed a willingness to learn from the member (one member found it helpful that his bishop gave him the chance to tell his story by simply saying, “Explain to me”). SGM members also gave leaders wide latitude not to be experts—knowing that they are unpaid volunteers in the Church—as long as they were interested in learning.

In other cases, the lack of training and preparation was detrimental, especially if leaders relied on debunked pseudoscience to try to “fix” SGM members. One respondent says his mission president responded by asking ‘who abused me to make me gay’, reflecting a mistaken belief that victims of sexual abuse will ‘turn’ gay.

The study suggests that Church leaders who had accurate information and some training did better in these conversations. But that’s probably not a common experience yet. “My bishop tried,” one gender-nonbinary member told researchers. “But I think he felt like he was drowning and didn’t know what to do.”

Study participants identified the responses they found most and least helpful from Mormon Church leaders. Infographic courtesy of Tyler Lefevor.

3. Many leaders were assertive and positive

It was a pleasant surprise to see. Many members reported positive experiences, saying they had won the “Bishop’s Roulette” and were satisfied with their interactions with Church leaders.

The local leader of a man simply said, “Listen, you have to acknowledge that you are gay and accept it. And KB, a bisexual woman, said her leader “has the attitude that whatever heterosexual couples can do, we should be able to do it too.”

4. Some leaders advised LGBTQ members to focus on their relationship with God, not their sexuality, as the most important things about them

It was heartening to see that, as the study says, “some participants said they received guidance to focus on personal faith and testimony.” In other words, sexuality is only part of an SGM’s life, not the whole thing, and members appreciated it when leaders downplayed sexuality and instead focused on taking in charge of the whole spiritual life of the person. (Hello! Why is this concept so radical in 2022?!)

5. Some leaders were affirmative, even protective

Here is a sampling of some of the quotes from respondents who have had positive experiences with their leaders. Some of them are deeply touching.

6. Other leaders were punitive, suppressing temple appeals and recommends

Other stories were not so positive. Some members said they had privileges and appeals taken away. Collin, a gay man, reported that the bishop stopped allowing him to work with young people. “Now I can never work with young people in the church again, and that’s something I loved. That’s why I looked forward to going to church every Sunday, so I could be with the young people.

Sometimes the punishment wasn’t a formal removal of privilege or camaraderie so much as a kind of informal shame. A young man said when he walked into his bishop’s office, the bishop said, “I’m just going to tell you right now that it’s really stupid for you to go down this road (to be gay) , and do this to your mother and to your father. The young man said he just sat there dumbfounded.

7. Members gave high rankings to leaders who listened with compassion

One thing that is clear from the interviews is that many GMS members do not look to their bishops and stake presidents to “fix” their sexuality (although some said they hope so). On the contrary, what they want is to be seen and heard. Many don’t want advice at all, in fact, but seek emotional comfort and validation.

They want to come out of the closet. As one man said, “I felt that if the gospel of Jesus Christ is about being honest, you have to be honest with yourself. You should be honest with the people around you, whether other church members or leaders.

Overall, the study can help church leaders understand the perspectives of SGMs and put in place constructive practices that can make these interactions more gospel-centered and less homophobic and transphobic.

Why was last week’s speech on LGBT rights the “most difficult” of LDS Apostle Dallin Oaks’ career?

Commentary: Too many of us are political junkies | Remark