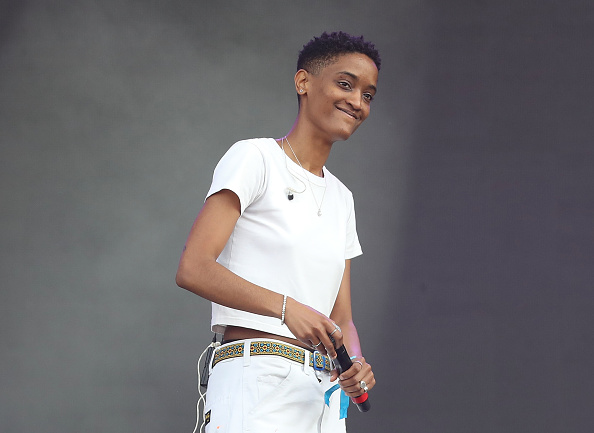 #WeekendPlaylist: the slaps of the week

This week’s picks are pretty international, filled with Spanglish ballads to Soundcloud Swedish rap, and a guy who has “Foreign” in his name. Kidding aside, some of our favorite artists are coming out of the woodwork with some long-awaited new music. From Syd’s upcoming album, his recent collaboration with Lucky Daye, plus a ton of other singles you’ll want to check out.

Stockholm-based music collective Drain Gang, made up of members Bladee and Ecco2k, released their recent album ‘Crest’, which mixes electronic, cyber pop and cloud rap to create an ethereal musical experience. The first track, “The Flag Is Raised”, is a soft and light introduction to the experimental album. “Suddenly everything turns gold to me, the suffering is no more / Gold invades me like the sun, nothing is ugly.”

Syd’s angelic vocals pair well with Lucky Daye’s syrupy falsetto on “CYBAH.” The two singers describe the sweetness of love and detail their affection for their lovers. Produced by Brandon Shoop, “CYBAH” is a dreamy electric guitar track that’s sure to liven up any party.

KrispyLife Kidd – “Trapping With My Engineer”

In line with other Michigan rappers like Rio Da Yung Og, RMC Mike, Louie Ray – KrispyLife Kidd is a master of dark humor. “Trapping With My Engineer” features back-to-back hilarious punchlines and comedic adlibs, delivered with an effortless cadence.

Normani’s first solo song since 2019 describes the betrayals of heartbreak and love. “Fair” is a vulnerable track driven by a poignant piano with heavy bass and an ethereal overall sound. One thing is for sure, Normani’s emotional lyrics pair well with HARV’s production.

Fivio Foreign recruits Quavo for a winning track with “Magic City”. The two describe the fast life and flex their hits to a drill beat produced by AXL and Mike Dean.

A celebration of her signing with Top Dawg Entertainment, “Persuasive,” is triumphant and spirited. Doechii’s soft, airy voice describes his affinity for marijuana on the danceable track produced by Kal Banx.

Sy Ari Da Kid has gained popularity for his singing and songwriting abilities, but his recent project, “The Shadow In The Shade,” finds him focused on rapping. Like the album’s other narrative-heavy songs, “Youtube Type Beats” tells an immersive story, with slow, spoken bars set to sample-based ’90s R&B production.

Omar Apollo gets provocative on this groovy pop single, “Tamagotchi,” ahead of the release of his debut album, “Ivory.” Omar Apollo sings in a Playboi Carti style on the classic production of Neptunes. Rapping and singing in Spanish, Apollo continues to display his versatility effortlessly.

A True Artist: Lloyd Kaufman Talks About His Career and Latest Film | Interviews

How I changed my view of my sexuality after children.