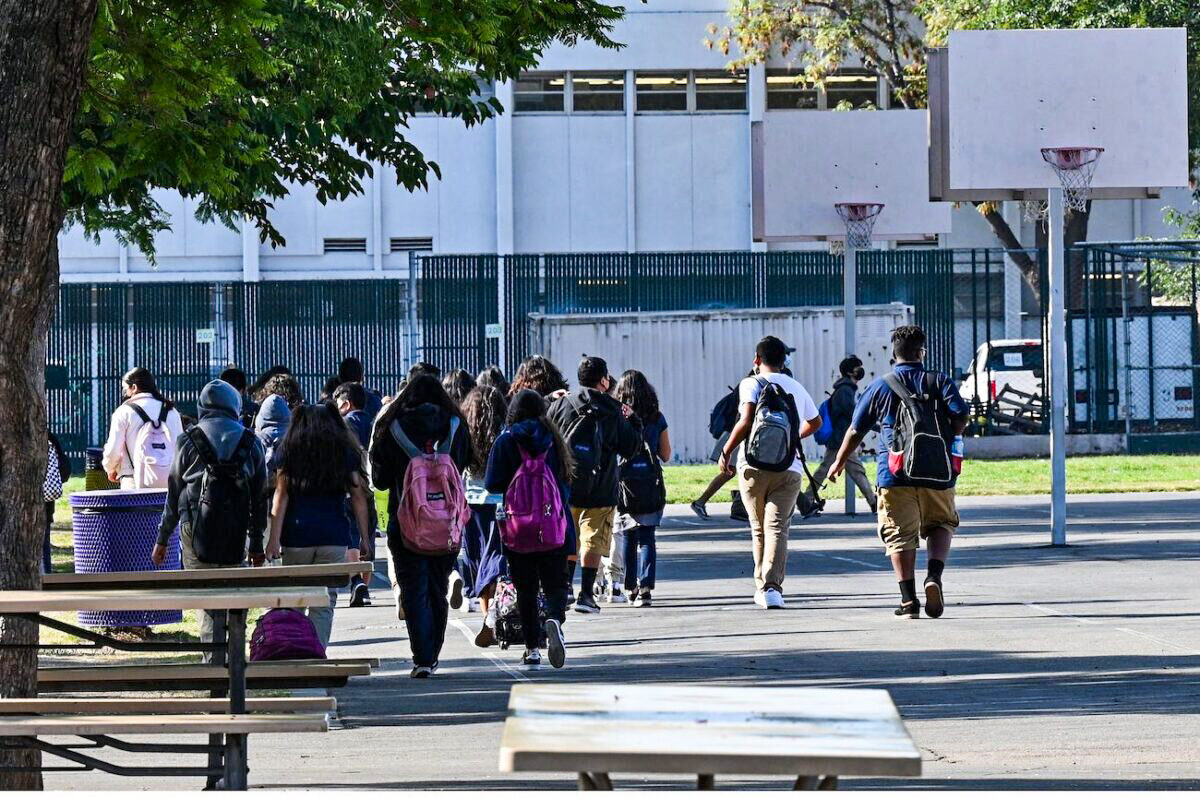 Taxpayer money is used to fund organizations that care for school children. As a public school teacher and former school board member in Orange County, California, I learned about government grants through the US Department of Health and Human Services (HHS) and the Adolescent Division of the Centers for Disease Control and Prevention (CDC). and school health, I would never believe it, unless I saw it with my own eyes.

An HHS organization funds is Healthy Teen Network (HTN), which is used by many school districts as a resource for sexual health. Bob Reega curriculum development and public policy consultant at HTN who advocates for comprehensive sexuality education for children and youth before Congress and the executive branch, wrote a article in May 2020 titled “What Pandemics Can Teach Us About Food and Diet, and Sexual Activity”.

In his article, Mr Reeg compared a person’s need for food to a person’s need for sex, saying both are vital for survival. He said everyone has the right to eat, everyone has the right to have sexual activity. Mr. Reeg seems to suggest that age is irrelevant, and according to his logic of comparison abstinence from sex would equal death by starvation.

Government agencies (CDC) funds Advocates for Youth (AFY), which co-authored the National Sex Education Standards (pdf) many school districts use nationwide. In their 2018 version (pdf) on sexual consent, it states that “consent is a fundamental right for people of all ages” (p. 7, [K-12]). The 2020 version states that schools should affirm expansive and fluid gender identities (p. 63). YMSM—Young men (ages 13-19) who have sex with men (18 and older) are among those identities, according to the AFY. The CDC has approved a project targeting YMSMs with a school-centred approach to increase HIV and STD testing and treatment among boys who have sex with adult men to address “health disparities”.

The AFY takes a global approach sexual identities, which leaves the door wide open to paedophilia. It says, “Sexual orientations include, but are not limited to, asexual, bisexual, gay, straight, lesbian, pansexual, and queer.” Queer is “an umbrella term” for nonconforming fluid identities (p. 63, 65).

The CDC says kids can invent their own gender. The term “non binarywhich appears on many school registration forms, is defined in part by the CDC as “gender creative,” meaning students can create their own gender.

If you’re wondering how this relates to pedophilia, let me introduce you to the founder of “gender identity”—Jean-Guillaume Money.

His philosophy was that education trumped biology, so gender was neutral and could be determined by environment and guided exploration. According to numerous patient testimonials documented in John Colapinto’s book“As Nature Made It: The Boy Who Was Brought Up As A Girl”, Money’s therapeutic practice was to facilitate children’s exploration of gender by showing them pornography from age 6, by having them examine their genitals and practicing various sexual positions with forced play. of copulation.

Similarly, the AFY sex education standards also promote sexual exploration in order to know one’s gender identity. It states that students decide their identity through “experiential learning cycles” where they learn by doing (p.58). These “lived experiences” or set of events become the student’s first-hand validation of their identity (p. 61). The difference between Money’s theory and AFY’s standards is that Money limited gender identity to either male or female, whereas today gender identity has unlimited possibilities.

Money, who had a doctorate. in psychology from Harvard, publicly endorsed pedophilia. In an April 1980 issue of Time magazine, it was quoted: “A childhood sexual experience, such as being the partner of a parent or an elderly person, need not negatively affect the child.” In an interview with Dutch newspaper Paidika quoted in Colapinto’s book, Money said: “If I were to look at the case of a ten or twelve year old boy who is intensely attracted to a man in his twenties or thirties, and the relationship is totally mutual, and the bond is truly totally mutual, so I wouldn’t call it pathological in any way.

Although Jean-Guillaume MoneyThe famous twin study – in which one identical twin was raised as a girl and the other as a boy – was a complete failure, it won a prestigious prize in 2002 from the German Society for Socio-Scientific Research on Sexuality and was funded for 35 years with US taxpayers’ money by the National Institutes of Health, according to Colapinto. He also started and created the Johns Hopkins Gender Identity Clinic for transgender surgeries. Most importantly and alarmingly, the CDC has embraced John William Money’s gender identity ideology, and now it is being implemented in our schools, medical professions, sports, and laws.

As a company, we have trusted government agencies and their approved “pioneer scientists” to provide expert health advice. Over time, we have viewed the CDC as an objective source of information in the best interest of humanity. However, their funding of agencies that sexualize children and their promotion of the extreme ideology of invented and infinite genders is a betrayal of Americans. As the French philosopher Voltaire warned, “Anyone who can make you believe nonsense can make you commit atrocities.” It’s time to reevaluate our so-called “experts” before atrocities become the norm.

A version of this article originally appeared in The Sentinel of Liberty September 6.

Brenda Lebsack has worked in public education for 25 years. She holds a Bachelor of Science in Human Services from Cal State University Fullerton, a teaching degree from San Jose State University, a Masters in Special Education from Chapman University , California, and an Adapted Physical Education license from Azusa Pacific University. She was elected as a school board member for the Orange Unified School District from 2016-2020. Prior to entering teaching, Brenda was a peace officer for the Orange County Probation Department and helped draft the AIDS prevention program.