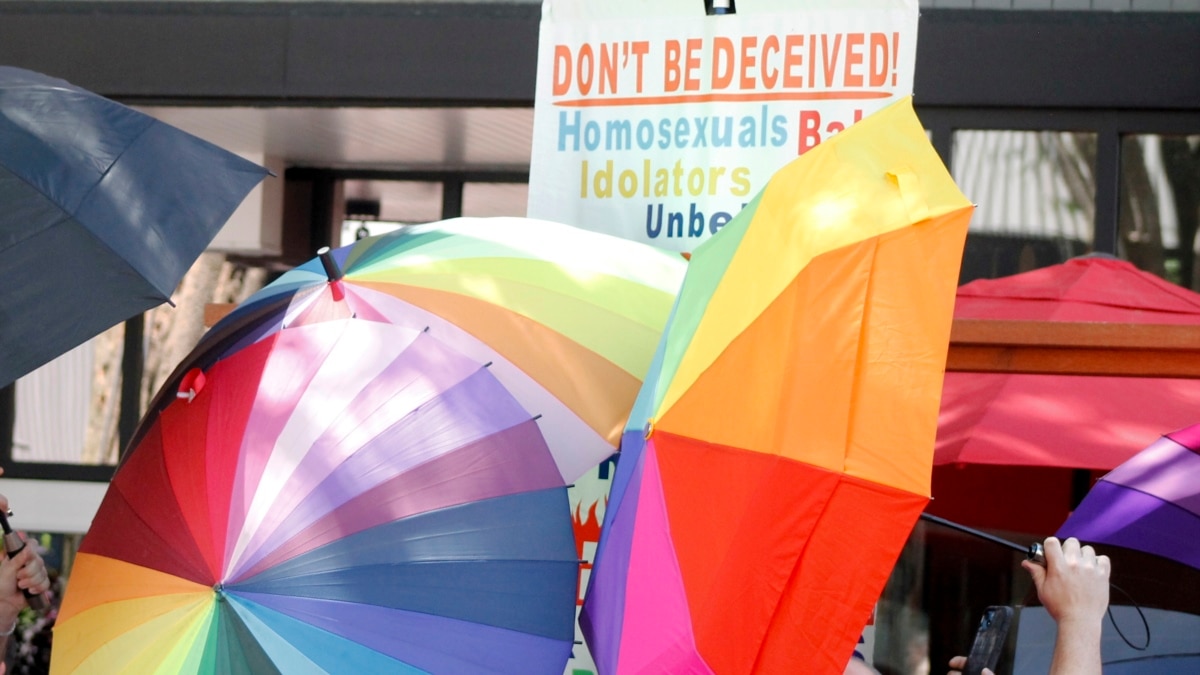 US states to limit discussion of sexuality in classrooms

Students in the southern US state of Florida returned to school last week under a new law criticized by some social activists.

The law is called the Parental Rights in Education Act. The law says it supports the “right of parents to make decisions about the upbringing and control of their children.”

But critics call it the “law of not saying gay.” They are concerned about the effects of the bill on homosexual students and their families. Law restricts discussion of sex and gender orientation subjects in classes with young children.

By law, students in kindergarten through third grade cannot be told about sexual or gender orientation. The law also prohibits public schools in the state from teaching about sexual or gender orientation that is not “age appropriate or developmentally appropriate…” The law also allows parents to take legal action against school systems if they disagree with what they teach.

“We will ensure that parents can send their children to school so that they receive an education, not a indoctrination Florida Governor Ron DeSantis said in March when he signed the law. He called teaching sexual subjects to very young students a way to “sexualize” young children.

The Parents Defending Education group is based in Virginia. He says on his website that topics like sex education and critical race theory are “not only at war with core American values, but also with childhood.”

Critics of the Florida law say it is unclear and difficult to understand. The Florida Department of Education said the portion of the law that limits discussion to age- or developmentally-appropriate material will go into effect when the guidance is released by the state.

Will Larkins is a high school student in Florida. The New York Times published an opinion piece that he wrote on the new law. He said it would make teachers less likely “to talk with students about gender identity and sexuality…” He added: “For many of my friends in dangerous situations because of their sexuality or their gender identity, school was a space where they could be themselves.

The administration of President Joe Biden called the “outright discrimination” law in a July statement. The statement adds that it “encourages intimidation and threatens the mental health, physical safety and well-being of students.

The Biden administration has also expressed concern about the “nationally dangerous” activities of Republican lawmakers. He said they were “targeting LGBTQI+ students, educators and individuals…”

On its website, NPR said that more than 12 states have introduced legislation similar to Florida’s bill. A law passed in Alabama that also prohibits discussions of gender and sexual identity before fifth grade.

Eva Goldfarb is a sex educator and professor at Montclair State University in New Jersey. She said VOA that the bills are an “all-out assault on sex education”. She said sex educators have been wrongly accused of sexualizing young children and teaching is already age-appropriate.

“The purpose of sex education is to protect young people from being sexually exploited and have poor sexual health outcomes,” she said.

Goldfarb added that it’s important to have early, age-appropriate discussions about topics like sex and gender identity. She said they will be ready to discuss these topics in more detail when they are in high school.

Christine Soyong Harley is the director of SEICUS, a Washington DC-based sex education organization that supports teaching about gender and sexual orientation. She said when students aren’t taught about these topics at school, they often turn to the internet or social media services like TikTok for more information.

She said some information online can be informative, but is often misleading or incorrect. Soyong Harley also said Internet searches for sex and gender-related topics often expose children to pornography.

She said another 73 bills have been introduced to protect “parents’ rights” and limit discussion of “divisive concepts”. It could mean anything from sexuality to discussions of racism or American history.

“These are bills that attempt to weaponize the religious beliefs or personal opinions of parents to constrain schools” to accept teachings that deviate from normal ideas, said Soyong Harley.

I am Dan Novak.

Quiz – US states to limit discussion of sexuality in classrooms

Start the Quiz to find out

words in this story

homosexual –adj. sexually attracted to someone of the same sex

indoctrination — nm to teach someone to fully accept certain ideas, beliefs or opinions

bully -v. scare or threaten someone

to exploit -v. using someone in an unfair or harmful way

constrain -v. to force someone to do something

We want to hear from you. We have a new comment system. Here’s how it works:

Every time you come back to comment on the Learning English site, you can use your account and see your comments and replies. Our feedback policy is here.

Donald Trump’s own history with the Espionage Act