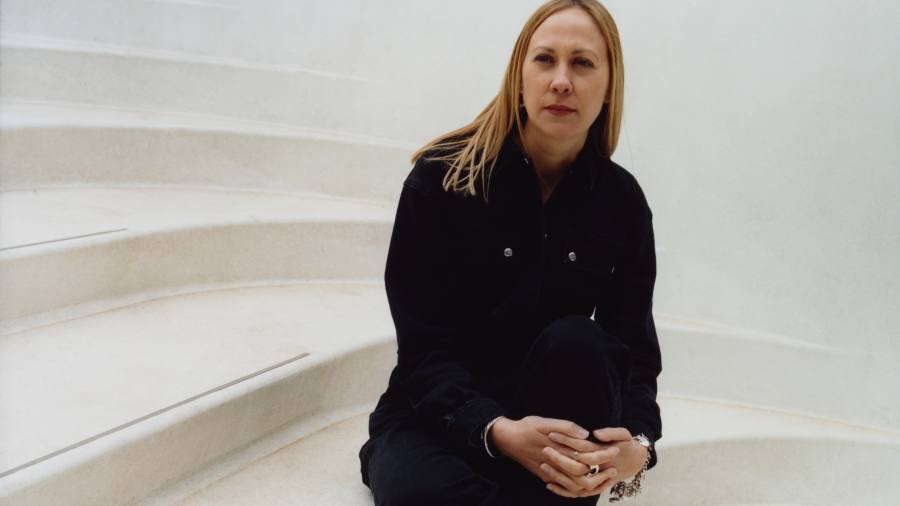 In 2005, Fiona Rogers joined Magnum, the prestigious photography cooperative, as an unpaid intern. She spent 16 years there, working her way up to chief operating officer. Founded in 1947, Magnum has long been dominated by its white and male members, although this is starting to change. During Rogers’ time there, she became familiar with debates about gender and race affirmative action. When it came to voting for new members (a decision made solely by the photographers themselves), “issues with symbolism, and that being a very reductive thing, came up every time,” she says. “There were very active people who felt that you had to look more specifically at stories and do the work to attract the right women or people of color. And then there was the other side of the argument, which said, “I don’t care if they’re black, white, feminist, trans.” I do not care. I want to judge him on work and work alone.

Frustrated by such conversations, she decided to create her own online platform for female photographers in 2011 while working at Magnum. She called him Firecracker. “I thought if I built this platform here, the next time they were arguing, ‘Oh, we just haven’t found any female photographers that fit the Magnum mold,’ I might be like, ‘Hello , here are 20 artists we have presented this year”.

It was an exciting time for Rogers. She ran Magnum’s education program and traveled the world. “I was doing these amazing workshops and meeting these amazing women. It was before Instagram, so there wasn’t an online community like there is now. That’s where Firecracker came from. Since then, it’s has grown into a global network supporting and representing the work of “female, female-identifying, non-binary photographers”.

Rogers, 39, was recently appointed Parasol Foundation Curator for Women in Photography at the V&A, a new position for the London museum. At a time when gender fluidity is a hot topic, the very title begs the question of how open it is to the work of those who identify differently. South African artist Zanele Muholi, for example, one of the most famous contemporary photographers working today, identifies as non-binary, using the pronouns them/them. Muholi’s work has brought attention to the hate crimes that plague South Africa’s LGBT+ communities and given visibility to the individuals who make them up. In 2017, Muholi’s inclusion in a book celebrating Firecracker photographers was felt by Rogers and his co-authors to be “essential. . . because [Muholi’s] the subject has become no less urgent, and because their evolution as an artist – as well as a visual activist – is profound and hugely influential.

How does Rogers intend to interpret the new role and its title? The answer is as broad as possible. “But it’s complicated,” she said. “There are certainly women who would think that this labeling was not necessary. It’s a bit reductive. I’ve talked about it in terms of Firecracker: does that platform still need to exist, especially as we’re obviously moving into a broader gender conversation? But [at the V&A] we have kept the definition deliberately open and hope to work with photographers from a wide range of communities.

“Ultimately it will focus on living contemporary artists – which is an integral part of the photography department’s new vision – but will also surface and showcase some of the most historic works that may not have didn’t have as much visibility. You know, Julia Margaret Cameron is very famous”, she adds, “but there are many other women [who are not].”

Cameron, who had his first exhibition at the then South Kensington Museum in 1865, has always been something of a poster child for the museum, which holds around 900 of his photographs. But it has significant collections of work by other women, including Victorian Clementina Hawarden, Ilse Bing (who worked in Europe between the wars) and pioneering color photographers Agnes Warburg and Helen Messinger Murdoch. Photographs of women make up about 15% of the V&A’s collection, a number it wants to improve.

The museum’s photography department is experiencing a long-awaited expansion. The first phase of its new photography center opened in 2018, with two new galleries for its permanent collection. The second phase is scheduled to open in 2023, with two more galleries for contemporary exhibitions, another for digital projects, a room dedicated to photography and books, and another to camera development. Duncan Forbes, the V&A’s cinematographer, was appointed two years ago. “One of the changes that has happened since I arrived,” he says, “is a greater concern for the digital and a greater concern for the contemporary. I am also extremely interested in the dialogue between contemporary and historical collections. This will also impact Fiona, as I have asked her to pay attention to these links.

Rogers’ position is part of the Parasol Women in Photography project announced last September. It has been funded for 25 years by a £3 million endowment from the Parasol Foundation Trust, established in 2004 by Ruth Monicka Parasol, an American philanthropist who made her first fortune in adult entertainment and online pornography before invest in online games. In 2005, his company PartyGaming went public for £6.4 billion; she sold her shares and her trust gave around £35 million to medical, educational and cultural initiatives, with a particular focus on women.

If the V&A had any ethical concerns about the source of its wealth, they were allayed some time ago. Parasol has been supporting museum initiatives for 12 years now, the Women in Photography Project being the latest. The new position of curator comes with funds for acquisitions, research, education and public exhibitions for 10 years. But, for Rogers, the most immediate and crucial aspect of the job is growing the Instagram account (@vamparasolwomenphoto), which launched last month. She wants to use it to discover and showcase female and non-binary photographers from all walks of life around the world, and open the museum’s collections to a new (and likely younger) global audience.

“The joy of this role being a little more [outward-facing] what maybe some of the others at the V&A,” says Rogers, “is that through public programming and broadcasting on our digital platforms, we can quickly get a very large audience to work. Instagram, being the first part of that, allows us to be really nimble.

During the last years, the V&A increasingly acquires contemporary photographs of women, thanks to the museum’s photographic acquisitions group of private patrons. Rogers lists some names of artists: Joana Choumali from Ivory Coast; Czech photographer Tereza Zelenkova; Dafna Talmor, who is based in London; and Indian photographer and activist Poulomi Basu.

Basu is probably the most prominent of them. She was shortlisted for last year’s Deutsche Börse Photography Prize for her book Centralia, about the conflict between the tribal indigenous peoples of central India and the Indian state. Her interactive website blood-speaks.org exposes taboos attached to “menstrual exile” that endanger women, especially young women, around the world. She has received awards and grants, including support from the Magnum Emergency Fund in 2016 and, not coincidentally, she was one of Firecracker’s featured photographers. So does Hoda Afshar, an Australian-based Iranian photographer whose work Rogers is keen to highlight. His latest project speak the windwhich documents the inhabitants and customs of the islands of the Strait of Hormuz, off the southern coast of Iran, was published recently.

Part of Rogers’ work is to bring the work of lesser-known photographers to a wider audience, to show us work we may not have encountered before and are worth seeing. In that sense, it’s a fix. Does she believe that these artists bring a perspective that a male photographer could not bring? Is there – to ask a very controversial question – a “specifically feminine gaze”?

There is a difference between the way men and women look at the world, because of the inherent unconscious biases we have all had to experience

His answer is both yes and no. She doesn’t believe there is a “determining gender look, because it depends on where you grew up, your class, your race, and your childhood experiences; whether you come from a [nuclear] family or you were raised by a single parent”. But she thinks “there’s a difference between the way a woman looks at the world and the way a man looks at the world, and I think that’s partly because of the inherent unconscious biases we’ve all had to experience for 2,000 years”. and more. And then it comes down to things like access. She cites the project of American photographer Susan Meiselas in the early 1970s which followed women performing in “girl shows” at rural fairs in small towns. His 1976 book Carnival strippers has since been reissued in several new editions. “There’s no way a man could have done this job,” Rogers says.

But it’s not just about sex, she insists. “It’s also about a lot of things that gender gives you access to. Because when we talk about women, we tend to be talking about a much larger sample of people. I look forward to working with more artists of color, with working class women, with women from Africa, from South Asia. . . and to reach people beyond the gallery audience. I am delighted to work with great international artists. Many of them have been working for a long time and cannot find outlets for their work, and I think we can help them.