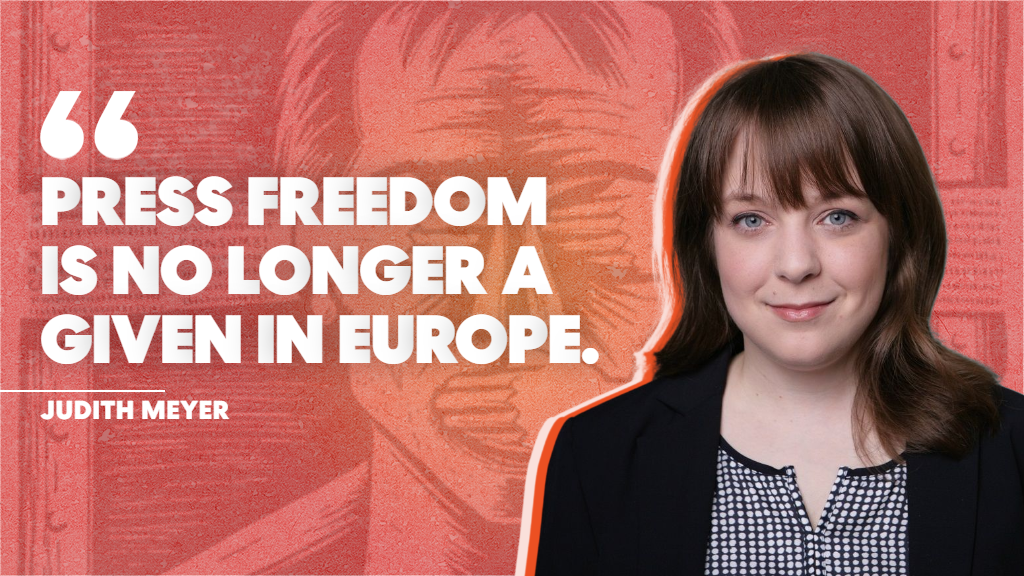 The war in Ukraine is being used as a pretext by EU governments to block political content, which will certainly be exploited for wider censorship.

It’s time. We have to talk about censorship. Some readers might growl because, over the past decade, cries of “they’re censoring me” have typically come from right-wing millionaires with large followings, taking offense at the few platforms that don’t want it.

To them, being given a stage feels like a birthright and, citing “censorship”, millionaires attempt to present themselves as the underdogs while the real underdogs, including many anti-capitalist, indigenous and feminist voices, do not will ever be offered such a step in the first place. The same goes for other finite resources such as space in newspapers, magazines, TV or radio slots.

In some ways, the Internet has emerged as a great equalizer. Compared to being invited to speak at an event, write an article for a major newspaper, or appear on television, the entry requirements to publish a blog post, podcast, or video are extremely low and don’t depend on knowing someone who knows someone. Also, unlike theaters, newspapers, or television, the Internet has infinite space; it is not a zero-sum game, no one’s contribution should be discarded to make room for others’ contributions. And that content is more universally accessible than pre-internet content.

This makes the situation all the more worrying when someone, somewhere decides that another person’s political content online needs to go. In Chinathere is a large firewall that prevents its users from encountering websites that may inform them about events such as the Tiananmen Square massacre or other political content that the government does not want people to see. When a Chinese person opens this type of link, he sees a message “this site is inaccessible”, as if there is something wrong with the site, rather than something wrong with his internet .

I strongly fear that this is another case of national governments encountering too much resistance to their laws at national level and implementing them through the backdoor of European rules.

In Europe, the situation varies from country to country, but many countries require their internet service providers to block access to file sharing/illegal streaming sites, child pornography sites, or both. . To my knowledge, no Western European country blocks access to political sites. This even applies to content that is very unpopular with governments, such as Wikileaks. The establishment hates it Julian Assange exposed their crimes. They are trying to torture him to death as we speak. But they didn’t dare to restrict the content. Anyone can go to Wikileaks.org and read the material there. There was no Great Firewall.

Until the war Ukraine. This war served as an excuse for EU governments to see if they could get away with blocking political content. They have legislated that, just like in China, European ISPs simply must not serve certain political websites. Did they succeed? Just try to access the websites of Russia today Where Sputnik. If you’re in, say, South America, those pages will load without a hitch. In the EU, you will hit a void.

I strongly fear that this is another case of national governments encountering too much resistance to their laws at national level and implementing them through the backdoor of European rules. Political censorship of the web at the European level – even if it only affects a few sites full of fake news – means that we have entered a new era and that the free press is no longer a given in Europe (if anyone had any doubts after how they treated Assange). Now is the time for everyone to learn about uncensored DNS servers, learn how to use a VPN, and teach their friends and family how to do it.

Besides the threat of a Great Firewall, another danger to press freedom and freedom of expression are internet monopolies. Unlike blogs, which can easily be transferred, there is no real replacement for having your content on Youtube, Twitter, Facebook, Google Where Spotify. Nothing that comes close to offering the same wide audience. So when these sites use their monopoly power to remove political content they don’t like, it’s corporate censorship and generally devastating for those affected. Many western governments have a good relationship with these sites and have tried to legislate what kind of content is allowed and what isn’t. In some cases, the courts have upheld people’s right to post critical messages on these sites, but of course most political content removals never end up in court. The fight against internet monopolies is also a crucial step in ensuring that we can say what we think tomorrow.

This war served as an excuse for EU governments to see if they could get away with blocking political content.

Finally, we saw something even more worrying in Germany: a few days ago, the German Ministry of the Interior announcement let anyone speak with approval of RussiaThe invasion of Ukraine (under the pretext of protecting minorities there) may be liable to prosecution in Germany. This rule does not apply to those who speak with approval of the United Statesinvasion of IraqWhere NATObombing of Yugoslavia, or any other recent conflict for that matter, most of which have used the pretext of protecting minorities. And maybe it’s stupid to believe that excuse, no matter who uses it, but if it were illegal to say anything stupid, we’d all be spending our entire lives in jail. It is simply censorship from a minority political point of view.

The era when woke activism was the West’s greatest “censor” is over. We are now witnessing the beginnings of harsh, old-fashioned state censorship, facilitating the division of the world not into different camps but into different realities. The Internet must resist.

Would you like to be informed of DiEM25’s actions? register here