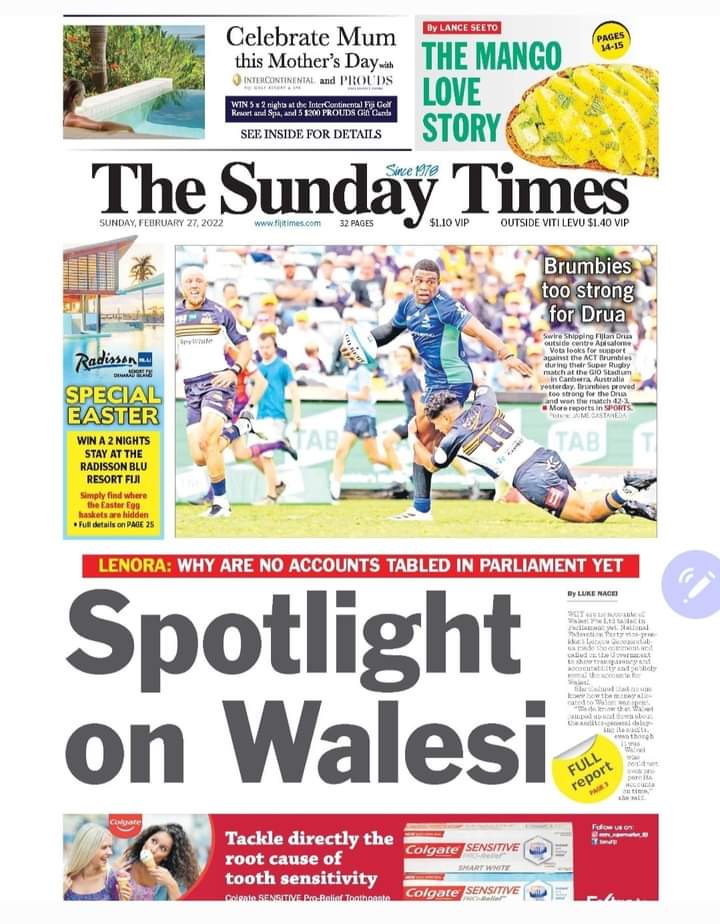 Yesterday’s big game would have been the Drua and Brumbies game in the Super Rugby Pacific competition. At least that was for many Fijians with an interest in rugby.

The Drua succumbed to a very polished and well-drilled Brumbies outfit that came out brimming with Aussie Wallabies.

It was a game that laid bare the difference in standards.

But at the end of the day, we live and we learn. We take lessons at home to work and improve.

The Drua are now preparing to face the Melbourne Rebels in their next game.

In the meantime, here are some headlines that made the Sunday Times February 27 edition.