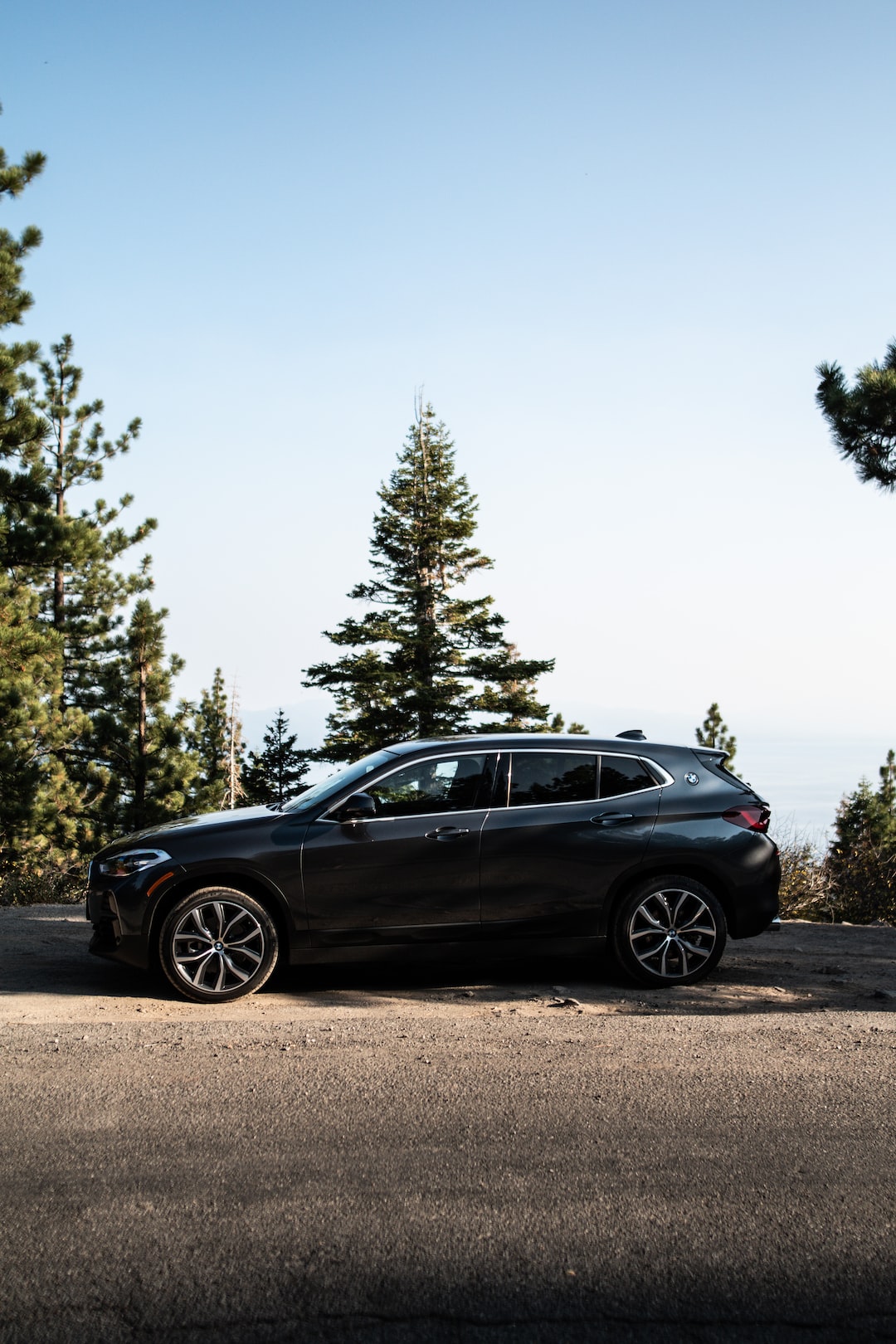 August 25, 2021 marks the sixty-fifth anniversary of the death of one of the most controversial figures in American sexology, Alfred Kinsey. That day in 1956, Kinsey died after pneumonia sent him to hospital and decades of chronic heart disease wore him out.

But before his death, Kinsey was credited for writing pioneering reports on human sexology that radically changed mainstream opinion on human sex. Kinsey’s research is said to have influenced social and cultural values â€‹â€‹not only in the United States but around the world. He was nicknamed by the New York Times as the “father of the sexual revolution”.

Born June 23, 1894, Alfred Kinsey continued his studies in biology at Bowdoin College in Brunswick, Maine. After graduating from Bowdoin, Kinsey moved to the Bussey Institute at Harvard University, where he completed the institute’s much-vaunted biology program. Her interest in various forms of sexual practices spiked in 1933 after discussing the subject at length with a colleague, Robert Kroc. Since then he had devoted himself to the research and study of sexology.

From 1938 until his death, Kinsey led over 17,000 face-to-face interviews with a wide range of people – students, prostitutes and even prisoners – to understand their sexual experiences. His most infamous research topic was the 1944 interview of a sexual omnivore, who had a history of sex with men, women, boys, girls, animals, and family members, and which took around 17 hours to register.

The results of his full interviews were published in two separate volumes: “Sexual Behavior in the Human Male” (1948) and “Sexual Behavior in the Human Female” (1953), also known as Kinsey Reports, as well as ‘Kinsey scale. . Kinsey’s reports stunned the world, stoking massive controversy during the 1940s and 1950s. Even today, nearly 75 years after the first volume was first published, the findings and methods employed by Kinsey remain deeply controversial. and are hotly debated around the world.

While one group of people hailed the American biologist for revolutionizing sexual customs, breaking taboos on discussing sex, and questioning centuries of beliefs about human appetites and abilities, another group considered Kinsey as a pedophile, adulterer, attention seeker, pornographic “filmmaker” and drug addict, whose sole purpose in conducting sexology research was to normalize and legitimize his many illegal fetishes.

Among the many shocking conclusions arguably the most scandalous of Kinsey’s reports involved young children, as young as infants, observing orgasm. “All orgasms are ‘outlets’ and equal between husband and wife, boy and dog, man and boy, girl or baby? Because there is no anomaly and no normality, â€said the Kinsey report.

Not only did Kinsey hypothesize that infants are orgasmic from birth, but he also suggested that relationships of incest and pedophilia benefit children. In her writings, Kinsey claimed that there was no proven medical or other reason to ban incest or sex between adults and children. “Children are sexual and potentially orgasmic from birth (womb to grave), are unharmed by and often benefit from incest, adult-child sex,” a human rights group said. women declared regarding its findings.

In “Sexual Behavior in the Human Male”, presented by Kinsey’s followers as the first major attempt to scientifically measure the extent of human sexuality, the sex therapist noted that sexual taboos and sex laws are regularly broken and called to the elimination of all these taboos. and sex laws. Kinsey believed that moral norms about sex result only from “cultural conditioning,” not from timeless guidelines on what is right and what is not.

The Irish Times recorded in a report, “But was he a scientist – or a latent voyeur and pedophile?” He observed and filmed men and women having sex in various combinations. He has had sex with some of his subjects and with his researchers, as has his wife, Mac. He traded obscene limericks in the locker room with his students and asked his young researchers to discuss their wives’ masturbating habits. Once, when he had organized a sadomasochistic session involving two men, researchers had to step aside from time to time when Mac entered to change the bloodstained sheets. He interviewed young children about their ideas about sex and incorporated the research of a self-proclaimed pedophile into his own work.

Despite being aware of acts of pedophilia, he never reported anything to law enforcement authorities.

In the face of growing allegations of pedophilia against Alfred Kinsey, John Bancroft, then director of the Kinsey Institute, said: â€œ[Kinsey] obtained information on children’s sexual responses from a few of its adult male research subjects, one in particular who had been involved in sexual activity with children. Resiman [sic] has the right to disagree with Kinsey’s use of such evidence; she has the right to be of the opinion that no researcher should obtain information from a sex offender without reporting it to the police; it has the right to question the validity of such evidence; but she has no right to make the allegations of criminal behavior on Kinsey’s part. He did not promote this activity; he did not train anyone to make such observations; neither Kinsey nor any member of her research team has been involved in sexual experiments with children; and none of them was in any way a pedophile.

Kinsey was a fraudster who sought to normalize his illegal sex obsessions: reviews

Even though Kinsey’s biased work sparked outrage around the world, the mainstream media of the time were busy glorifying the biologist as one of the foremost authorities on sexology rather than probing the claims made. against him. Decades later, as the monopoly on controlling popular discourse waned, more and more people came forward to criticize Kinsey’s methods and his findings.

In 1990, a lady named Judith Reisman led the anti-Kinsey campaign. In his book â€œKinsey, Sex, and Fraud,â€ Reisman called Kinsey a charlatan, whose research spawned a series of social afflictions that plague the United States.

Reisman argued that the increasing number of divorces, abortions, sexual promiscuity, sexually transmitted diseases, illegitimate births, cohabitation, pornography, homosexuality, sadomasochism, rape, pedophilia, sex crimes of all types, family breakdown, endemic violence, etc. be attributed to the findings of the outrageous research undertaken by Kinsey. The author said Kinsey’s inferences cannot be described as normal sexual behavior as they are based on evidence gathered primarily from inmates.

â€œIf the public learns the truth, sex experts in the field of human sexuality and the sex industry will be shaken to its foundations. . . . Entire shelves of books will have to be rewritten. Public and religious schools will have to drop their sex education classes. Lucrative public subsidies will dry up, â€Reisman said.

She even alleged in her book that Kinsey was a pedophile. The Women concerned for America later agreed with this view and said that Kinsey-based sex education put children at risk. In a scathing report, the group called Kinsey’s research into sexology fraudulent and inaccurate and claimed it was biased towards her personal agenda and not exploring human sexology.

The report also highlighted how Kinsey’s research formed the foundation of sex education policy in the early 1960s. â€œThe sex education revolution began in the 1960s when Kinsey’s followers dominated college committees. who issued the accreditation of sex educators. Prior to that, sex education included human biology and reproduction, hygiene, and marriage. After Kinsey released his findings, several groups advocated teaching children that they are ‘sexual beings’ from birth and that they should be aware of all types of sexual behavior, â€he said. declared.

John Bancroft, then director of the Kinsey Institute for Research in Sex, Gender and Reproduction at Indiana University at Bloomington, made a startling revelation in 1995 about the research undertaken by Kinsey. In an interview, Bancroft hinted that the numbers and conclusions of the Kinsey Report may have been manipulated.

â€œThe material in the tables came from a man, an extraordinary man with an incredible number of sexual experiences that he took very careful notes ofâ€¦ Kinsey gives the impression that the data comes from three or four men, but that was just the one, â€Bancroft said while raising criticism over the validity of the findings of the Kinsey reports.

The right to sex – a woman’s power to choose