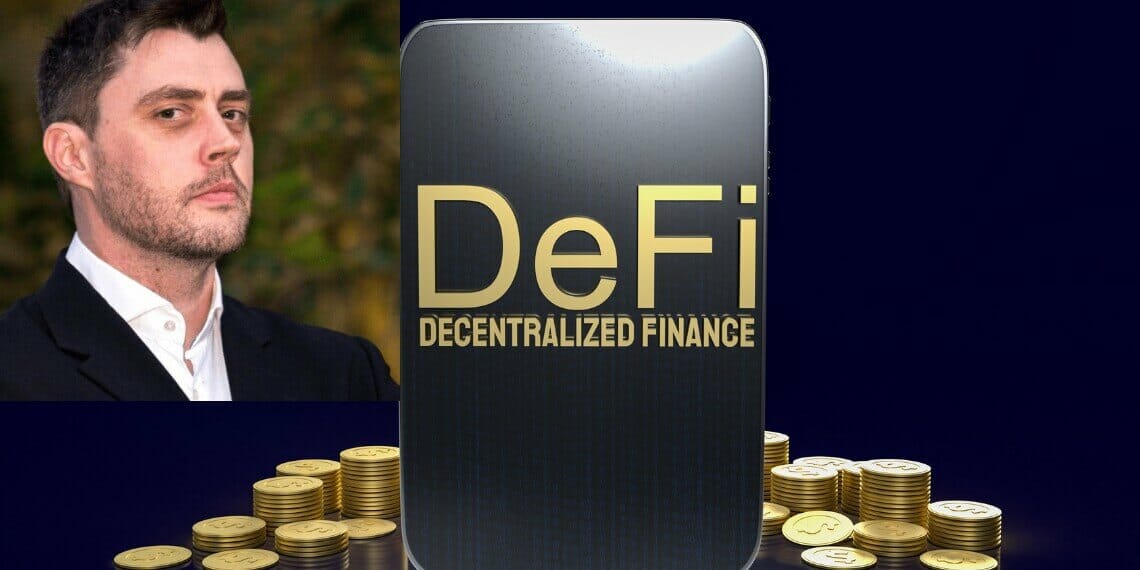 Human capital has long been considered the most valuable asset an individual can possess. The Fantom Foundation is real proof that one person can have an edge over an entire network. Andre Cronje, a renowned crypto developer and founder of various projects, has abruptly returned to Twitter after a year and a half absence.

Due to a new image and domain name nickname, the Challenge the architect returned with the buzz that went with it, driving up the price of one of his most important designs, Fantom (FTM). Fantom has responded positively to speculation that DeFi ecosystem pioneer Andre Cronje will return to the industry.

Who is this man, André Cronje?

Who exactly is André Cronje? How does it contribute to the DeFi industry? Why is his contribution so important? Andre Cronje, unlike Satoshi Nakamoto, has existed openly in the cryptosphere. Andre Cronje is arguably the most infamous and prolific decentralized finance (DeFi) developer.

As the creator of various prominent DeFi protocols, Cronje has contributed to the development of DeFi and Web3. Cronje is notable for creating the Yearn Finance system. Cronje also played a crucial role in creating the Fantom DeFi ecosystem.

Since March 2019, Andre Cronje has been the technical advisor to the energy supplier Kosmos. Additionally, he is recognized for working on initiatives such as Lemniscap, FUSION Foundation, and Crypto Briefing. Cronje rose to prominence after developing yield aggregator Yearn Finance and native coin YFI.

However, public opinion of a “toxic” DeFi culture removed Cronje from the block chain field. The developer then declared its intention to leave DeFi permanently. This caused the prices of many Cronje-related tokens to drop significantly.

In March 2022, Cronje announced his “permanent” departure from DeFi. Anton Nell, a colleague at the FTM Foundation, said it was not a “gut reaction” like previous departures. According to reports, Cronje has been planning this move for a considerable amount of time.

The crypto community was rocked by the statement made by the “Father of DeFi”. Shortly after the announcement, several tokens affiliated with Cronje and the Fantom ecosystem experienced a systematic sell-off, with many tokens dropping 15-20%. Nell also indicated that 25 apps will cease operations on April 3, 2022. However, current team members will assume responsibility for these services going forward.

Andre Cronje has served as Technical Advisor for Fantom and Chairman of the Fantom Foundation Technology Council. As one of the most well-known DeFi founders and pioneers, Cronje has significantly influenced many technical advancements in the Fantom ecosystem.

The dissident DeFi developer’s recent activities have now sparked rumors that he is back. His Average account published a comprehensive article outlining the current state of the cryptocurrency markets over the past week. However, due to Cronje’s long inactivity and the premise of the article advocating tighter regulation of crypto, its veracity has been questioned by many.

Considering his absence from any projects since March of this year, Cronje’s reappearance, particularly in regards to the Fantom narrative, came as a complete surprise. Fantom’s market capitalization shrunk by $3.62 billion when their lead developer, Andre, was away. FTM is currently selling for less than 0.29 cents per token.

In recent months, despite the absence of its key architect, FTM has stuck to its tokenomics, with some of its supply destroyed, stake prices reduced, and Gitcoin subsidies distributed to backers.

Cronje updated his LinkedIn profile in early November to reflect his new position as vice president of memes at the Fantom Foundation. On his verified Twitter account, the VP shared a meme implying that he did return, in line with his stance.

A summary by another Twitter user of Cronje’s previous actions seemed to imply the same thing.

According to data from FTMScan, nearly 3.6 million new addresses were produced on the Fantom network last week. DeFi projects on Fantom have been the most successful in recent months and have been the key factor in the growth of the project.

Transactions on Fantom don’t seem to be gaining traction as quickly as new addresses, suggesting that users are creating new addresses on Fantom without using the blockchain.

André’s return to Fantom has caused ripples in the DeFi and Web3 environment. Taking advantage of the price surge, investors took over $2 million worth of FTM tokens in the major crypto market. In fact, it indicated that 74,587 dealers had been liquidated across the entire bitcoin market.

During the same period, FTM liquidations accounted for 2% of total market liquidations. It is obvious that Andre Cronje is a major player in the crypto industry. Only time will tell how high Fantom will rise when its creator returns.