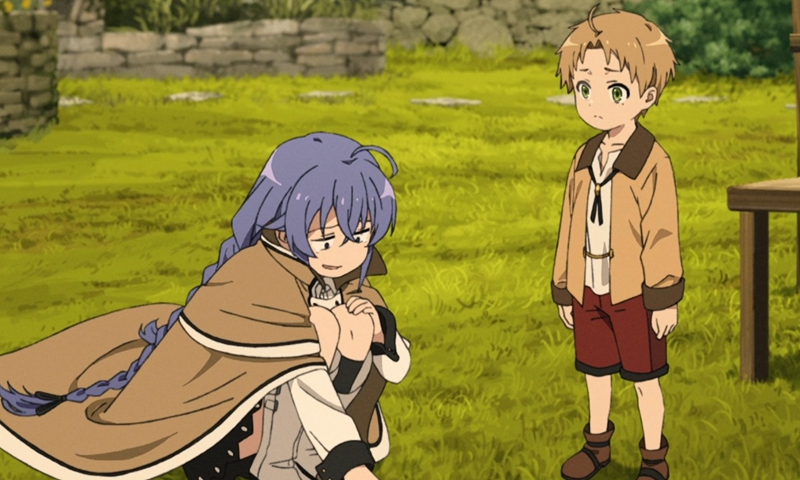 Photo: Screenshot of a video posted on Sina Weibo

Japanese animated series Mushoku Tensei was suspended from Chinese video-sharing platform Bilibili on Sunday, just weeks after its official introduction in China. Some content in the anime has been accused of violating prevailing values ​​and morals and being inappropriate for underage audiences.

Some voices, however, have said they blame the platform for not placing the anime behind an age barrier in accordance with viewers’ requests.

On Sunday, the same day the fifth episode should have been released, Chinese netizens discovered that the animated series had been removed from the platform. The video platform published a notice explaining that due to “technical reasons”, the animation was temporarily suspended. The notice did not mention when it would be available again.

Some viewers suspected that the suspension could be linked to the opposition of some voice internet users who opposed certain content on the show.

Animation currently has a 3.9 / 10 on the Douban media review platform, with over 68% of reviews giving it a 1/10. However, on Bilibili the show has a high level of 9.2 / 10. These very different brands reflect how controversial animation has been in China.

The suspension has become a huge controversy on Chinese social media. The associated hashtag gained over 280 million views on Sina Weibo in a single day.

The animation was adapted from a Japanese light novel about an unemployed and hopeless man who reincarnates in a fantasy world. With the memories of his past life intact, he is determined to live his new life without regret.

Certain contents of the work have been accused by Internet users of being immoral. For example, the main character’s father has an affair with a maid while his wife is pregnant, but the main character persuades his mother to accept her husband’s cheating.

Another case is that during a funeral, the main character uses psycholagnia to give his underage niece an orgasm.

Many Chinese viewers found this and some other scenes disgusting and therefore requested that the show be removed from the platform.

“The plots of the anime disgust me. I have never seen a main character with such false values. He is always a loser, even if he reincarnates in a fantasy world,” commented a user on Douban .

“I can’t imagine what would happen if my kids watched it. The scenes in the animation would make them feel very unhealthy,” another netizen wrote on Sina Weibo.

However, some internet users and Japanese anime fans feel that viewers should not blame the work because creative freedom should be respected, and watching TV series doesn’t have to be a serious pastime.

“It’s just entertainment. We should learn to accept different kinds of cultures and even if you really can’t accept it, why are you denouncing it and making others lose the chance to appreciate it? ” a Chinese Japanese anime fan who watched Mushoku Tensei’s third and fourth episodes on Bilibili told the Global Times on Monday.

Some internet users take a similar view, claiming that the real problem is that the Bilibili platform put the animation on its homepage and made it available to audiences of all ages.

“The animation should have been broadcast according to the platform’s rating rules and aimed only at adults, but Bilibili did not insist on this point. When can China have systematic rating rules for all cultural works so that our right to see works inappropriate for adolescents can protect you? ” said the fan.