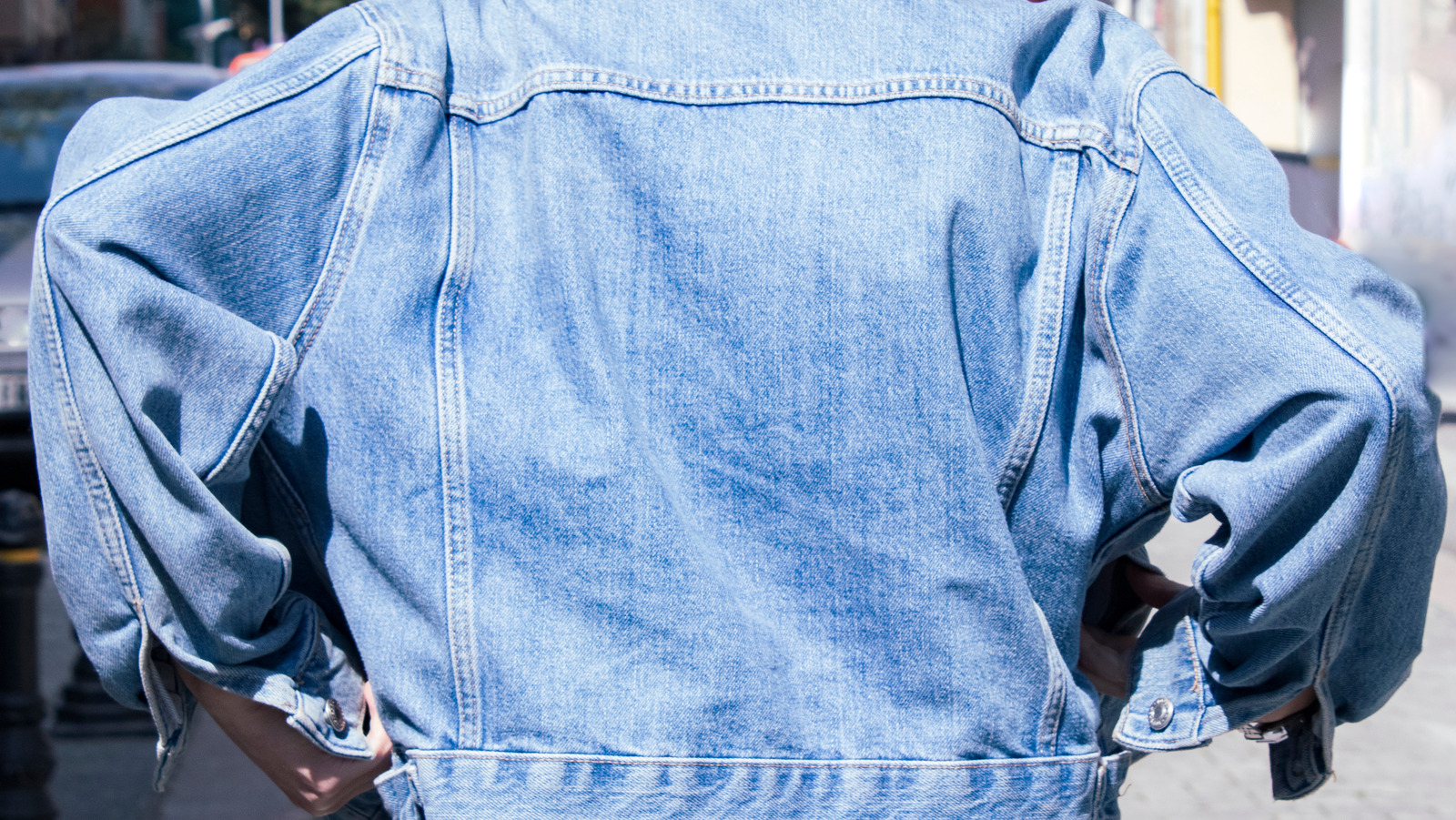 Simple Halloween Costumes You Can DIY With a Denim Jacket

This may be a list of denim jacket costumes, but there has to be an honorable mention for denim overalls. And what better choice for Halloween than a pair of recently released slasher movies: “X” and “Pearl.”

“X” is a classic movie-style bloody sequel that stars the original film’s scene-stealer, Mia Goth (via IMDb). It follows a porn film crew from the late 70s to a rickety guest house on a remote Texas farm. When an unlikely killer lurks around their set, what’s supposed to be a quick, low-budget X-rated movie getaway becomes a gruesome scramble for survival. “Pearl” features the killer’s twisted backstory, taking viewers back to 1918, the flu pandemic and World War I (via IMDb). The titular character Pearl, also played by Mia Goth, desperately wants to be a movie star. But with her father crippled and her mother determined to control her, the budding young actress resorts to other, more gruesome hobbies.

In each film, Mia Goth wears a pair of denim overalls. As the adult movie star in “X,” she wears shorts and no discernible top, her hair down, and a bit of blue eyeshadow on her lids. Her character in “Pearl” mirrors that look, wearing long overalls, a faded blue bandana, pigtails, and a light blue top with button fronts. So if you want to be a Mia Goth character for Halloween, you can choose to dress up as a killer or a brave potential victim. Make your choice.

You can’t read that!

Who was Ted Bundy’s father?