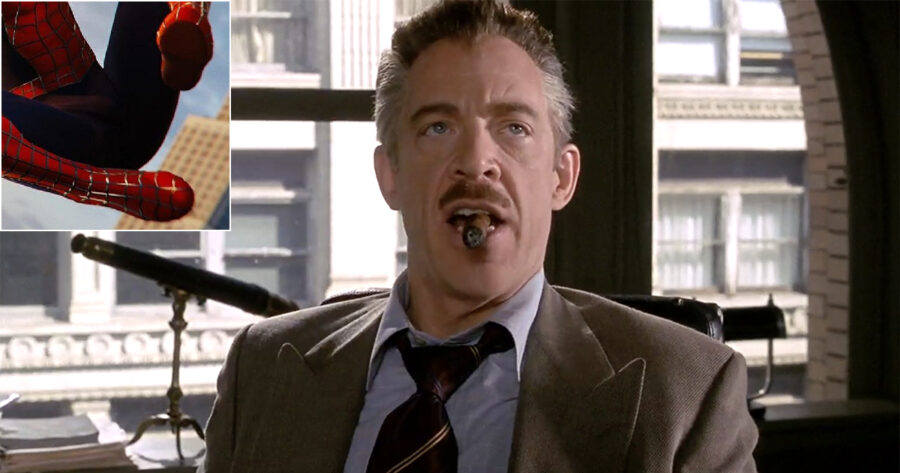 ” Shit ! Normal photos won’t do anymore!” bellowed Jameson at Bugle’s photography team this morning. “Why can’t anyone give me a picture of Spider-Man’s feet? I’ll settle for the disguise! I didn’t spend fifty-one years in the newspaper industry denying my flaws so that some amateur photographer could get me a picture of him apprehending a criminal from the waist up. He may be a threat to society, but I want to decide for myself if his feet go on my special DeviantArt page. If Spider-Man is listening there, I demand that he reveal his identity, turn himself in, and send me some of his old shoes.

Daily Bugle photographer Peter Parker has expressed his doubts about his new assignment.

“As a friend of Spider-Man, I’m afraid Mr. Jameson thinks I’m going to pull it off for him,” Parker said. “I can’t explain why, but I think I’ll be able to pull through. I just feel a little…dirty. I mean, for Spider-Man. I feel bad for this guy. He will have to pay big. It looks like he’s willing to do it, however, he actually gave me a $600 advance to make sure Spider-Man got a pedicure beforehand.

Jameson explained what he would do with the photos he requested.

As of press time, Jameson was unhappy with the photos Parker ultimately returned, citing that it looked like Peter had gotten lazy and just took pictures of his own feet instead.

10 important questions to ask before getting married