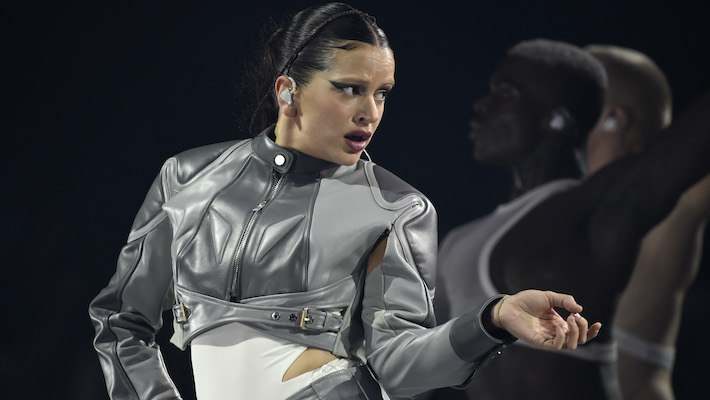 Rosalía celebrated her 30th birthday this weekend. On Saturday, September 24, fans of the Spanish pop star added to her birthday festivities as she performed at Global Citizen Festival: NYC.

Rosalía turned 30 yesterday, September 25. Her fans kicked off the festivities a day earlier when she performed at Global Citizen Festival: NYC. While Rosalía was between songs, fans surprised her by sing “Happy Birthday” to her. She gave her fans a big smile and kisses while thanking them for this unexpected moment.

Rosalía also celebrated her birthday yesterday with close friends, including her boyfriend Rauw Alejandro. In a photo with her birthday cake, she wrote on Twitter, “Today is my birthday. Libra since 92 acting. Happy to be with my loved ones. Grateful for all I’ve learned and all the love I received. Alejandro then wrote on Twitter: “I love you Rosalía. Happy birthday baby.

Alejandro is tied with Rosalía with eight nominations for this year’s Latin Grammy Awards. Bad Bunny leads the 2022 nominees with 10 nominations.

Man who got ‘buzzed’ over child sex abuse images sentenced