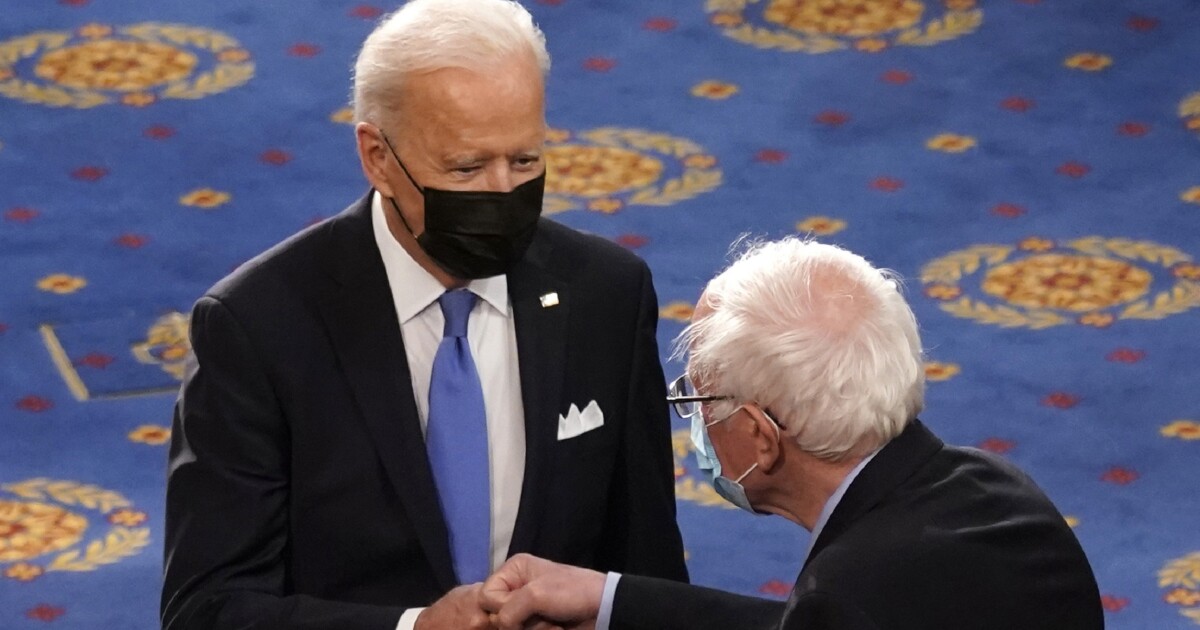 DDemocratic US Senator Joe Manchin of West Virginia may have underestimated the case when he rightly called a $ 3.5 trillion pending spending bill “tax insanity.” Worse than madness, it is fiscal obscenity.

Sometimes the numbers get so big that most people see a big blur and lose all real sense of what they mean. And no, it’s not just one of those explanations that if a dollar were a mile, it would take over 14 million trips around the earth’s equator to reach 3.5 trillion (although that is true). Rather, it is a simple lesson in comparative history and budgetary reality.

First of all, let’s understand that even the price of $ 3.5 trillion over 10 years (for what I will now call the “Big Bill” to distinguish it from other legislation) comes from all kinds of very dishonest budget gimmicks that hide the actual cost of the invoice. of nearly $ 5.5 trillion. Still, for the sake of argument, let’s accept the official number at face value.

Even at dishonestly low official figures, the infrastructure package and the Big Bill together would add more than $ 450 billion per year to the existing bloating described above. These $ 450 billion would have covered all national federal discretionary spending (not counting “international affairs”) in 2008, the last year in office of former President George W. Bush. But again, this is new money – on top of that Bush baseline, on top of the huge increases since Bush, and on top of COVID relief.

If your mind isn’t dizzy yet, you are a mathematical genius.

It’s still worse. Even without these two massive new spending, total federal debt (including intragovernment debt) is already 25% larger than the size of the annual economy. This is the worst debt-to-GDP ratio in US history, even larger than the temporary spike caused by World War II. It happens not as the United States experiences a depression that could slow tax revenues while increasing federal assistance to the unemployed, but with unemployment at levels below the U.S. standard and tax revenues at historic highs.

In other words, there isn’t much room for the US economy to “grow” out of the current debt. Adding $ 3.5 trillion in spending and $ 1 billion for infrastructure while slowing the economy with trillions of dollars in new taxes invites disaster.

Consider that Greece fell into a horrific financial crisis in 2009, when its debt reached 115% of its annual economy – less than the 125% that the United States is currently facing. In 2010, Portugal experienced a similar upheaval when it barely exceeded 100% of GDP.

The dollar remains the world’s “reserve currency”, so the United States has more room for maneuver. Yet an unpleasant tipping point looms. If a single creditor holding, say, 3% of our debt, like China, starts demanding quick repayment, a major panic could ensue. Remember that the 2008-2009 US financial “crisis” began with the collapse of the investment firm Bear Stearns, which held only $ 18 billion in total capital against $ 1 trillion in public debt. American.

We are playing with fire – not just in the familiar sense of imposing unsustainable debt on our children, but risking imminent panic leading not only to financial crisis, but total collapse.

And these are just terrible numbers. The political choices in the Big Bill are even worse, but that’s for another day.

Madness can’t help it. However, dealing with obscenity is a deliberate act. If Congress passes the Big Bill, it will have committed, by far, the crudest fiscal obscenity in US history.