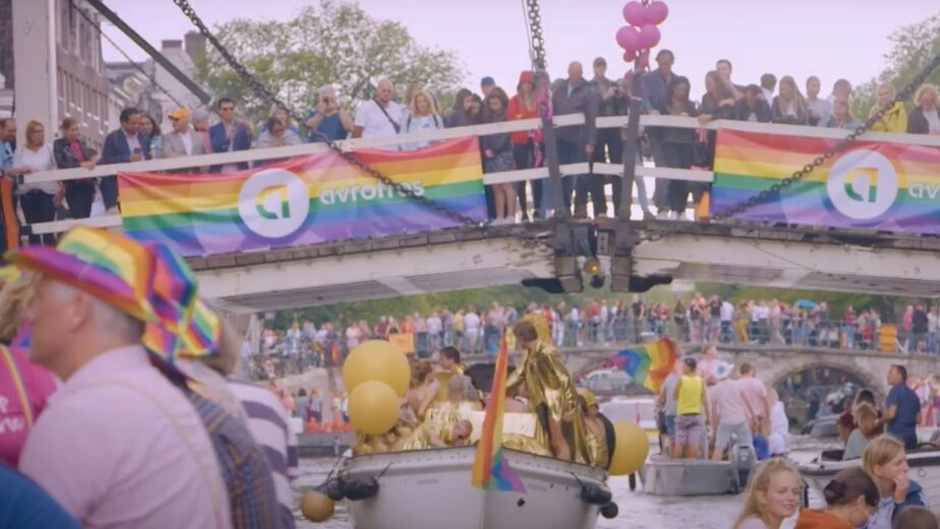 On August 6, the Pride Parade meandered through the canals of Amsterdam, capping off a week of LGBTQ+ activities celebrating sexual diversity.

“My sex, my pride” and “Free to be myself” are among the slogans displayed in the city center. Government agencies and leading companies are adding the rainbow logo to products and decorations, projecting a sense of normalcy onto what, until fairly recently, was considered “abnormal” – in statistical terms, associated with a small minority.

We are of course living in 2022, deep into the third wave of the sexual revolution, which would have started a century ago with women’s suffrage. A second wave came with the pill and the wide acceptance of extramarital sexual activity in the 1960s. The third wave came with the new millennium and the acceptance of same-sex marriage, as well as the various responses to the dysphoria of gender (the feeling of being born into a body of the wrong sex).

Whereas large sections of the European population did not easily change their way of thinking – including many migrants, Muslims, conservative Christians and most Central and Eastern Europeans whose countries never experienced the sexual revolution – differences with the new politically correct orthodoxy are largely glossed over in the public arena. These Europeans feel that their own freedom of expression is muzzled by labels such as “discrimination”, “intolerance”, ‘sexism’, ‘sectarianism’ and ‘homophobia’.

Most of the time, these silent Europeans keep their opinions to themselves in the face of what they feel to be strong prejudices. Christians who try to express a minority opinion on the normalization of abortion, pornography, adultery, same-sex marriage and transgenderism risk reinforcing the impression that Christians are always versus but never for.

While conservative Christians view issues through the prism of morality as understood in the Bible, progressive christians use a justice lens. They see the sexual revolution as taking a new step in the battle for civil rights, a struggle for justice, human dignity and equality. What right does the government have to say who you can love and marry? Why shouldn’t treatment for gender dysphoria be available to those who want it?

Churches and denominations are polarized on these issues in camps of prejudice. At Lambeth Conference in Canterbury this week, for example, Bishop Welby admitted the global Anglican communion was deeply divided after the Global South Fellowship of Anglican Churches announced a resolution reaffirming a ban on same-sex marriages.

Many resent the pride parades too body. But maybe our problem in the church is too small enhancement of the body. Could Pride represent unpaid church bills in the same way as the New Age Movement could be considered a rebuke for the lack of spirituality in the church?

Behind a gender ideology where feelings prevail over physical facts, we see a gnosticism that separates body and soul. Yet are we not equally guilty in our Christian circles of embracing Gnosticism, a mind-body dualism, which demotes the body as evil and shameful in favor of the spiritual, and which has led to unbiblical prudery and its setback, pornography?

Frankly, we have a flawed theology of the body. We fight to tell the world a better story when we forget the story of creation in which God affirmed the goodness of the apogee of his work, the human body. Those early human bodies, and ours too, were designed to tell a story of purpose, meaning, and dignity in life.

There is, of course, an alternate narrative: that there was no design or designer, no goal or end goal. Everything is the product of chance. “Fate, not God, gave us this flesh”, as one leading feminist wrote; “We have absolute rights over our bodies and can do with them as we see fit”. Which makes perfect sense if, as humans, we’re nothing more than “mud plus time.”

However, as CSLewis argued, these different visions of the universe cannot both be right. Whoever is wrong will act in a way that simply does not correspond to the real universe. What vision of the world will be sustainable? will lead to a flourishing life? support healthy communities where children can be nurtured with love, self-respect and dignity?

We must learn to tell a more inspiring and engaging story that is life-affirming and matches the real world.

Among those who work at rediscovering a theology of gender, sexuality and the human bodythe most important and the most innovative is – surprise! – Pope John Paul II (Theology of the body). George Wiegel, his biographer, calls this work “a theological time bomb that is ready to explode with dramatic consequences at some point in the third millennium of the Church”. Protestants relying on her work include Nancy Pearcey (love your body) and Timothy Tennent (For the body).

We have homework to do!

Jeff Fountain, Director of the Schuman Center for European Studies. This article was first published on the author’s blog, Weekly Word.