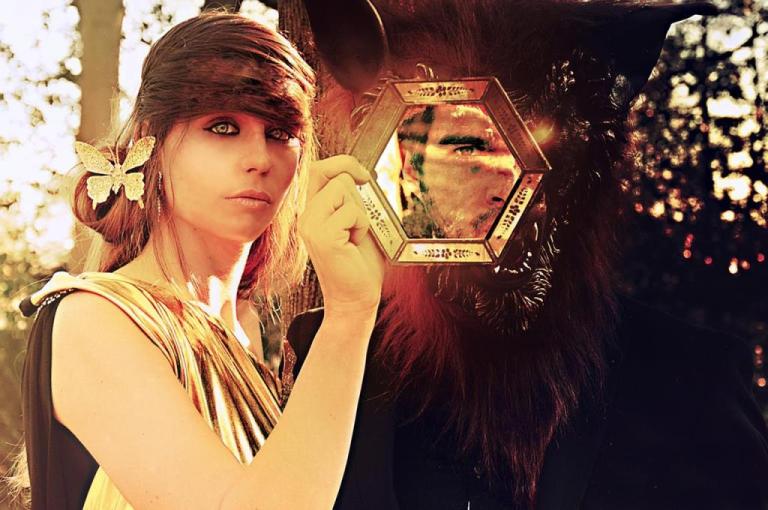 I’m not going to get all the details right as it all happened right before I stumbled upon the local scene. But the main thing is this:

A regional pagan organization was holding its annual board elections, and this guy—I can’t remember his real name, so I’ll just call him Steve—decided to run for executive director. And immediately, a small but very vocal group of members said, “That’s a terrible idea, and we shouldn’t let it run things.”

Steve owned several adult-oriented businesses in the Hill Country area, including a sex club dubbed “The Temple,” for which he managed to obtain a 501(c)3 religious exemption. are not a problem – I myself worked for one – but a number of young women had joined the Temple knowing that they would explore sacred sexuality, and soon after they began to find photos of themselves. on X-rated websites.

I can’t remember why Steve shared the photos, but the consequence was that a block of people didn’t trust him and certainly didn’t want him on the board. Unfortunately, they were outvoted by members who said, “Gentiles are inherently good people. We don’t judge.”

Steve was therefore appointed as the new executive director, and his first task was to embezzle thousands of dollars, which resulted in a highly publicized lawsuit and lawsuit. Steve was kicked out of the organization and a group of people left with him – not because they were involved in the embezzlement, but because they couldn’t in good conscience be part of an organization who was so critical.

I’m telling this story today because I was reminded of it while reading the comments attached to a post on a pagan meme page: a screenshot of a Reddit thread with an affirmative, cross-supporting morality.

It’s weird to think that the story of the Witch in the Pub could cause conflict, but several transphobes squirmed out of the woodwork to express their outrage, including one die-hard TERF (Trans-Exclusionary Radical Feminist) who herself had even a good fit on the inclusive message and claimed the OP was biologically female no matter what their “little brains” were telling them.

And I wanted to get mad and throw vitriol at her, but she had so many filters on her profile picture that she looked like a Bratz doll from Uncanny Valley, and I ultimately couldn’t take her seriously.

For example, if you honestly believe that human eyeballs are supposed to be this big and this far apart, you won’t have an opinion on someone else’s dysphoria. I don’t make the rules.

Most responses to TERF were aggressively pro-trans, which was encouraging, but one commenter took everyone to task over how. medium they were. The comment has since been deleted, but it was essentially a long rant about how anyone who condemns another for their views – no matter how bigoted or discriminatory those views are – is the real scoundrel. Or something. It was a bit difficult to follow. I think they were using talk-to-text.

It elicited a response from me, however, and I strongly encouraged the commentator to check out Karl Popper’s Paradox of Tolerance. I have no idea if they did or not, but I’ll go ahead and flesh it out here.

The paradox of tolerance states that “to maintain a tolerant society, the society must be intolerant of intolerance”: that is, if a given society is unconditionally tolerant, there will be no no checks and balances to prevent the intolerant – along with those who only seek to do harm – by oppressing others, and they will eventually take over. In Discordian terms, this is the law of eristic escalation: when we apply a destructive order (tolerating intolerance), the result is inevitably destructive disorder (intolerance dominates).

So if we give the guy with a history of exploitation the keys to the treasure because we don’t want to judge him, we can’t be surprised when he exploits the situation. If we don’t put down TERFS for defining biology by everything they learned in sixth grade health class, we can’t be shocked when they find themselves in leadership roles and start censoring anyone who doesn’t respond to their arbitrary gender criteria.

There was this guy in the Houston area who… okay, I never remember the difference between a narcissist and a sociopath, but somehow there was something wrong with him, and while we were getting along, I tended to keep him at arm’s length. He left the state at some point – for a new job, I think? – and then it just sort of disappeared.

Anyway, I was out with some pagan acquaintances one night, and I was like, “Hey, whatever happened to [dude]? I haven’t heard from him for a while.

“Yeah. We told him he shouldn’t play with that stuff, but he didn’t listen.

“Wait for you knew about that?”

“Well yeah. But we Recount him, it would cause him trouble.

That was the last time I had any interaction with this particular group of pagans. I didn’t want to know what else they might not judge. And I certainly didn’t want to think about all the responsibilities that the guy had been given in the local community, because the people in charge were saying, “Now, now. Everyone deserves a chance, no matter what.

And no. In fact, not everyone does.

I want to end with a Twitter feed by Michael B. Tager, because it’s pretty much a perfect, real-life example of the Tolerance Paradox, and because by unseen sight, I have an academic crush on the bartender in the story. But it also contains a really, really important lesson for us as we navigate the path between tolerance and intolerance: keep an eye on it, then follow Tager’s lead and don’t forget it.

I was in a shitty crustpunk bar once having a beer after work. One of those shitholes where the bartenders clearly hate you. So the bartender and I were ignoring each other when someone sat down next to me and he immediately said, “no. Get out.”

And the guy next to me says, “Hey, I’m not doing anything, I’m a paying customer. and the bartender reaches under the counter for a bat or something and says, “Out. now.” and the guy leaves screaming. And he was wearing a punk uniform, I noticed

Anyway, I asked what it was and the bartender said, “You didn’t see his vest, but it was Nazi shit.” Iron Cross and all that. You come to recognize them.

And I was like, ohok and he keeps going.

“You need to nip it in the bud immediately. These guys come and it’s always nice and polite. And you serve them because you don’t want to cause a scandal. And then they become regulars and after a while they bring a friend. And this guy is cool too.

And then THEY bring friends and friends bring friends and they stop being cool and then you realize, oh shit, it’s a Nazi bar now. And it’s too late because they are entrenched and if you try to evict them, they cause a PROBLEM. They must therefore be closed.

And I was like, ‘oh shit.’ and he said “yeah, you have to ignore their reasonable arguments because their end goal is to be terrible, awful people.”

And then he started ignoring me again. But I haven’t forgotten it at all.