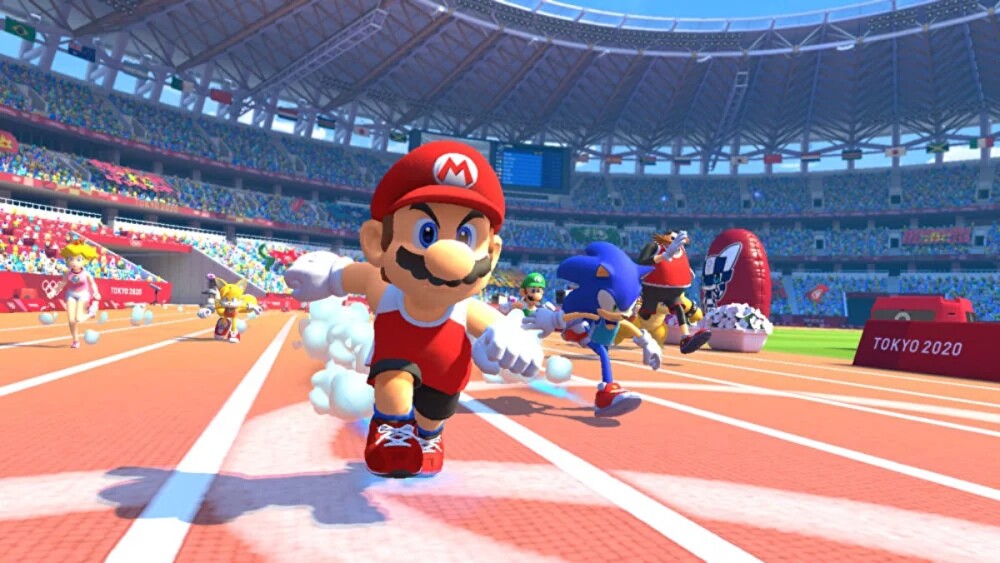 With the Winter Olympics happening right now, we finally have an excuse to want to cover the best Olympic video games of all time! Oh wait, we just learned that they’re never good, because cramming all the mechanics needed to run so many different sports into one game is an impossible feat. Instead, we’re going to have to celebrate the weirdest and most inexplicable Olympic video games of recent times. Yes, it turns out that even though the Olympics is the strictest and most respected sporting event in the world, there’s no shortage of games that hilariously miss the mark of it all time and time again. It’s up to them to think that we wouldn’t notice just because we don’t know anything about the sport.

Like Mario & Sonic at the Olympic Gamesa series of games where Sonic challenges an everyday plumber and all his out of shape friends to maybe finally find out who’s the fastest of the bunch.

Even setting aside the patently unfair nature of it all, it’s hard to ignore the unique size current format. Sure, kids love Mario and Sonic, but they’d much rather play them in games specifically designed for these fun-to-play characters. What’s the point of a slow Sonic? Same with adults who actually care about the Olympics. They would much rather play a more serious adaptation of the sport with no super-powered marsupials involved.

It’s a lesson game makers should have learned in ’96 when they created Izzy’s Quest for the Olympic Rings, a SNES and Genesis title in which you play as the true mascot of the Atlanta Olympics as he embarks on a side-scrolling quest to capture the Olympic rings. It was the second worst thing to come out of the Atlanta games. What does Izzy do? Challenging yourself is cool and all, but the goal of the Olympics is to crush others. Hard to do on a single player campaign. Also, maybe someone should tell the developers that medals are what you get at the Olympics, not the fucking rings. Why do they all want to turn the Olympics into a Sonic thing?