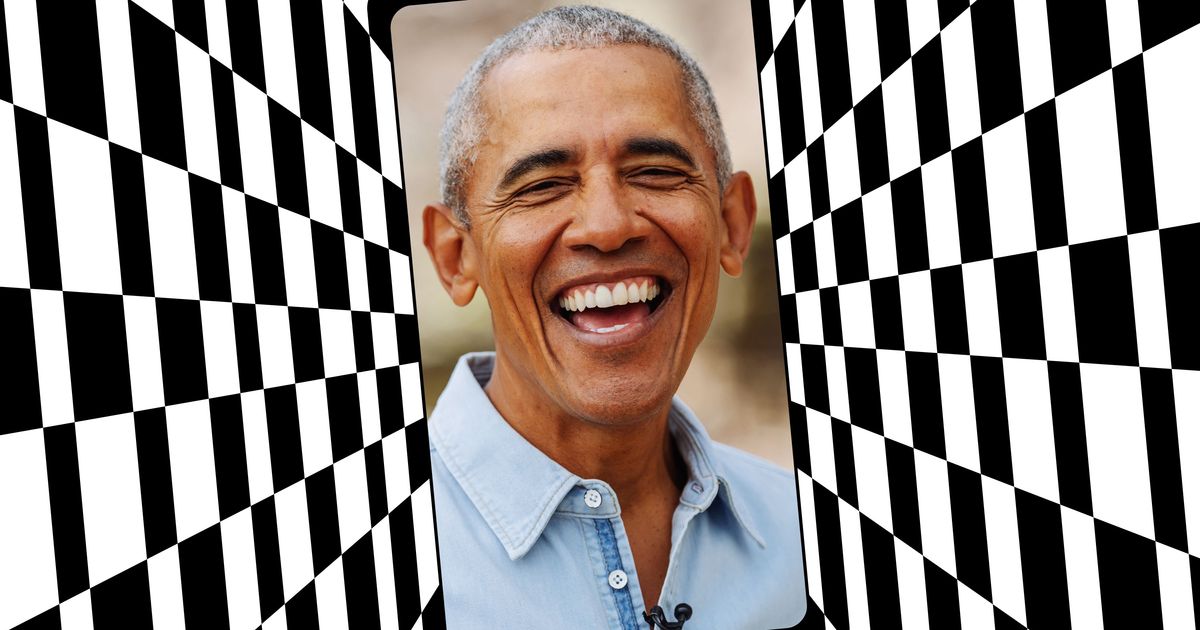 A very important political document was published this week: the former president Barack Obama’s summer 2022 playlist. “Every year I’m excited to share my summer playlist because I learn about so many new artists from your responses,” he wrote alongside his 44-song list. (A Taylor Swift allusion to him being the 44th president?) He continued, “This is an example of how music can really bring us together.” Yes, if there’s one thing that unites us all, it’s the opportunity to ruthlessly dissect someone’s musical tastes.

As usual, Obama’s summer playlist includes a few classics – “I’ve Been Loving You” by Otis Redding, “Let’s Get Crazy” by Prince – as well as new but safe picks – “Break My Soul by Beyoncé, “Music for a Sushi Restaurant” by Harry Styles. There’s Bruce Springsteen, Nina Simone and Miles Davis, all the artists you’d expect to see on any playlist curated by a 60-year-old. , there’s a category of songs that are pleasantly unexpected, bops and bangers that I can’t imagine a POTUS listening to on their own.

Every year I’m excited to share my summer playlist because I get to know so many new artists from your responses. It’s an example of how music can really bring us together.

Here’s what I listened to this summer. What songs would you add? pic.twitter.com/9OgPq0SRy4

You might not have expected Maggie Rogers’ “That’s Where I Am” to be on Obama’s playlist, but it’s not a total surprise. It’s included Sad Girl Anthems by Phoebe Bridgers, Mitski, and Rogers in previous years. Additionally, he and Michelle sent Rogers a personal apology when they were unable to attend her show in Washington, DC, in 2019. Obama has long cemented his membership in the Maggie Rogers Hive.

This year’s summer playlist also includes Fatboy Slim’s 1998 hit “Praise You.” To which I say, good for you, Barack. I too still listen to songs from two decades ago as if they were brand new. (For your consideration: “Butterfly” by Crazy Town.) He also added a song by British duo Wet Leg. It is unfortunately not “lounge chairthough that doesn’t stop me from imagining the former president singing the words “Is your muffin buttered?” Would you like us to love someone to butter your muffin? By far the most political track on the list is Drake’s “Too Good” featuring Rihanna. In 2022, the year she gave birth to A$AP Rocky’s child?! A bold and dangerous move.

The existence of an Obama summer playlist implies that of a George Washington summer playlist, an Abe Lincoln mixtape, George W. Bush’s Mix Totes Awesomesauce 2004 CD, and so on. What songs did Lyndon B. Johnson sing in the shower? Would FDR have been a Belieber? The wandering mind…

While I appreciate this little insight into Obama’s musical tastes — which was probably put together with the help of a millennial assistant — what I really want is the raw data. How many times did Obama google “my money don’t jiggle jiggle song name”? Does he listen to the new Minions soundtrack? How often? On previous lists of his personal favorites, he’s included mini-categories like a “Quick List of TV Shows I Considered as Powerful as Movies.” I would like to know his quick list of other sounds he considers as powerful as songs. Does it include AOL Instant Messenger door opening sound? The grating approval of this dog who loves peanut butter? Christine Baranski says “gay rights”? Keke Palmer’s impression of Angela Bassett? The little song the washing machine plays when it’s finished? Austin Butler’s voice of Elvis?

I’m left with more questions than answers, and there’s really only one solution: post your unedited Spotify Wrapped, Obama. It’s what people deserve.

By submitting your email, you agree to our Terms and Privacy Notice and to receive e-mail correspondence from us.

What to know about Monkeypox and its transmission