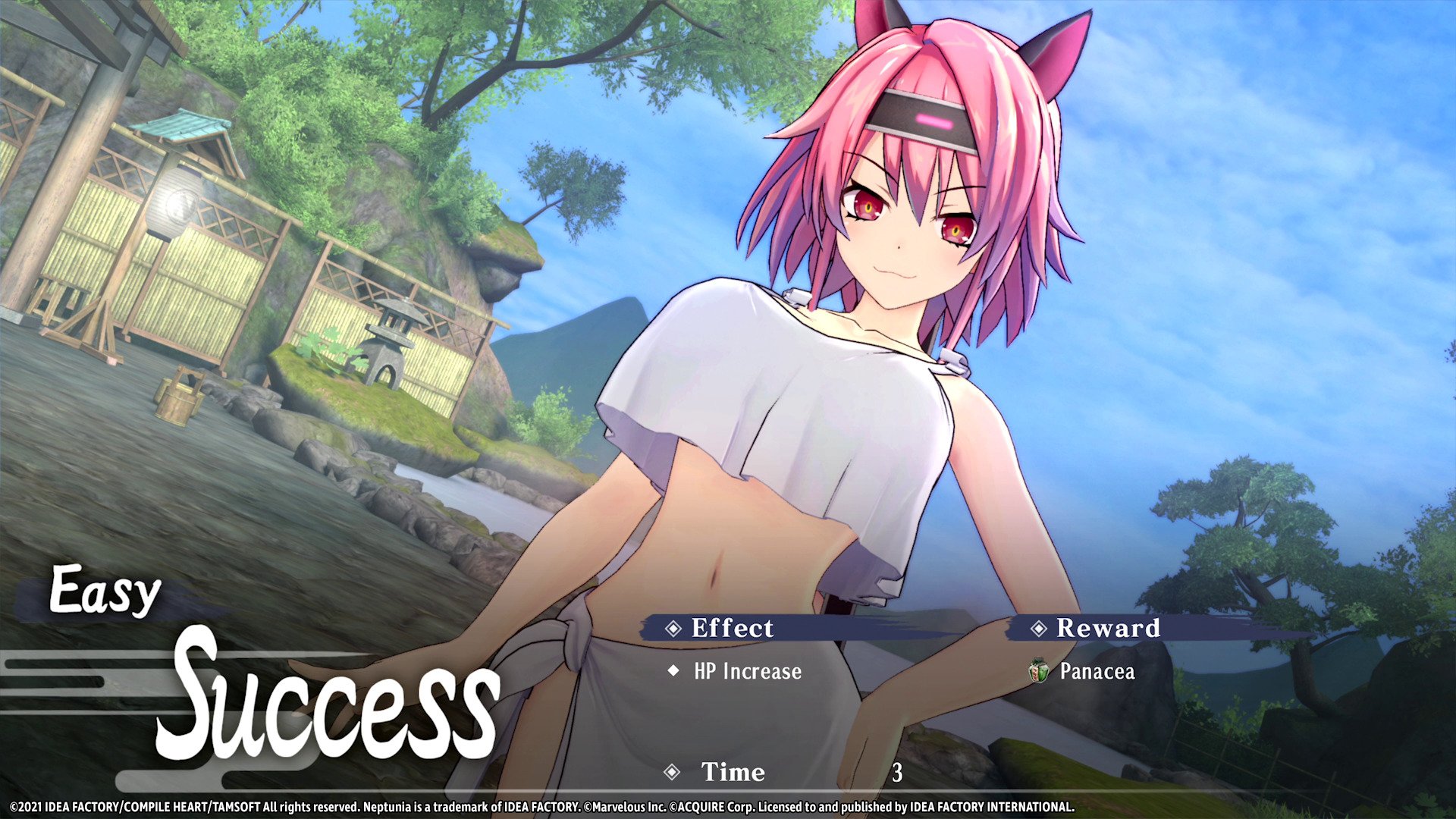 Get the details below.

“Peaches & Cream Meditation” is a ninja workout in which you work your heart out as you swing on a giant peach, sway and shake! Continue to keep your balance by tilting your joystick so your character doesn’t fall out of the fish.

A â€œpatience challengeâ€ will take place during the meditation for even more fun!

A patience challenge that tests whether you can tilt the controller and fit the character into the frame of the light, keeping balance there.

A patience challenge that tests if you can keep your balance while the balance guide is no longer displayed for a brief period of time.

Upon successful completion of Peaches & Cream Meditation, you will gain a temporary boost to abilities, which will give you an advantage in battle!

Additionally, the official site has been updated with character profiles for Yuuki, Goh the crow, Yoh Gamer and Tetsuko.

Neptunia x Senran Kagura: Ninja Wars launched for PlayStation 4 on September 16 in Japan, and is slated for release October 26 in North America and October 29 in Europe.

Watch the trailer below. See the screenshots in the gallery.