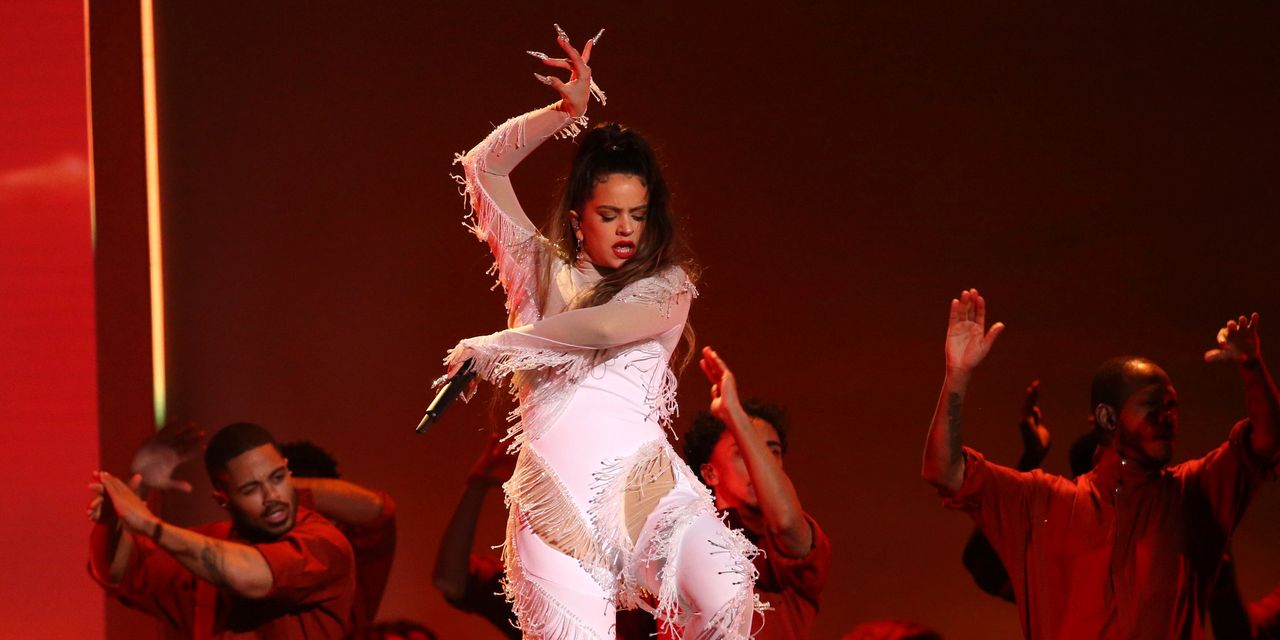 If you are asked to choose an artist who represents what’s new and exciting in pop music in 2022, one could do worse than cast Rosalía Vila Tobella, who performs under her first name. We live in a time when we are saturated with information and when the boundaries between artistic styles and cultural landmarks are dissolving; people curious about what the music is on the other side of the world can hear it with just a few clicks, and production tools make it easy to borrow and reconfigure those sounds. Rosalía, an omnivorous musician deeply rooted in tradition while enamored with the possibilities of technology, embodies this moment.

She grew up in Sant Esteve Sesrovires, a small town about an hour from Barcelona, ​​and as a teenager fell in love with flamenco, the dramatic folk style developed among the Roma people of southern Spain. She studied the form, eventually graduating from the College of Music of Catalonia, and made her major label debut in 2017 with “Los Ángeles,” a selection of mostly traditional songs. It earned Rosalía a nomination for Best New Artist at the Latin Grammys, and she followed it up in 2018 with the expansive “El Mal Querer,” a concept record that used flamenco as a basis for exploring a range of aesthetics. . As adventurous and successful as this collection is – it won the Grammy for best Latin, urban or alternative rock album – her third album, “Motomami” (Columbia), released on Friday, finds the 29-year-old going further. It’s both his most pop release to date, and also his most experimental.

The cover of this record and some of its production choices lean towards the futuristic, evoking the heavily-processed work of influential producer Sophie, who died in 2021, and the larger sphere of PC Music with which she was associated. But for Rosalía, this forward-looking strain of pop is mixed with rap, Caribbean-style reggaetón, dance and, of course, flamenco – here folk guitars collide with digital processing from another world. She’s a visionary like MIA or Madonna, one who uses her traditional perch to push music in new directions.

Opener “Saoko”, like the album itself, draws in a bit of everything – an ominous synthesizer throbs, there’s a jazzy piano break with sweeping percussion, and Rosalía sings about transformation and the pleasure of life. self-contradiction, about following your instincts rather than a roadmap. The following “Candy” begins quietly, almost a cappella, and its phrasing borrows from American R&B while the music contains a sample from the atmospheric British dubstep producer Burial. Like much of the record, everything on “Candy” feels intimate and close to the microphone, and the track retains its delicate allure even when the syncopated rhythm of reggaetón kicks in. The Weeknd exchanges lines with Rosalía on “La Fama” , and the Canadian superstar meets Rosalía on home turf, singing in Spanish to a circular beat derived from the Dominican form bachata.

Most tracks on “Motomami” credit multiple producers alongside Rosalía herself – contributors include Pharrell, James Blake and Spanish studio wizard Pablo Díaz-Reixa, aka El Guincho, her main collaborator on her previous album. Arrangements are often stripped down but also intricate – rhythmic elements and the singer’s voice are front and center in the mix, but there are all sorts of weird noises happening in the background, from silly buzzes to distant whispers that sound like a commotion in the street occurring a block. “Hentai” and “Bizcochito” both find Rosalía’s voice separated like taffy, shifted to a robotic, alien sound, her warm, studied vibrato augmented by electronics.

“Hentai” is named after a form of animated pornography from Japan, “Bizcochito” is named after a type of cookie, and the rhythmic, groove-heavy “Chicken Teriyaki” is self-explanatory. The album’s lyrics, all in Spanish, evoke sensual pleasures. Bodily cravings for food and sex are continuous threads, as is the conspicuous consumption of high-end fashion. The most important theme on the record, however, is the wonder of creative expression and the eventual emptiness of fame. Going back to that first track, about the joy of contradicting herself, Rosalía wants to live big and hang out with the rich and powerful, but she also wants to be taken seriously as an artist.

Her songs suggest that the latter is the most important, and she responds more clearly to this concern when she returns to flamenco. The lyrics of “Diablo” mention God and how money corrupts, and the structure of the arrangement – a stunning mix of delicate piano and explosive industrial percussion – reflects the portrayal of good and evil.

The closing track, “Sakura,” is a flamenco number that goes some way to explaining that fame never lasts and shouldn’t be the measure of an artist’s ultimate worth. With the sound of a crowd in the distance, as if turning back to a distant memory, Rosalía vocally digs and channels her formation into a moving statement of what she holds dear. She compares her time as a star to a cherry blossom and notes that her moment in the spotlight will likely last as short as the blossom’s. That remains to be seen. For now, she’s twisting the pop universe to fit her own vision, with glorious results.