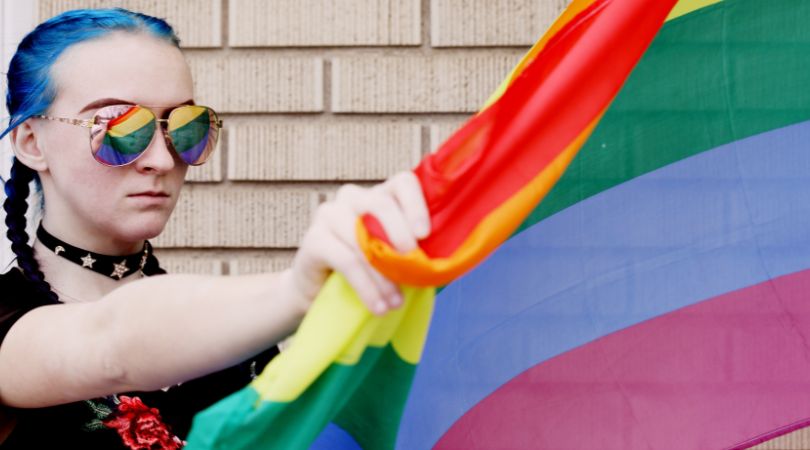 By Brandon F. Wells Last updated Jun 9, 2022
Share
You are not logged in as a Premium user; we rely on Premium users to support our reporting. Login or register today!

The number of people who identify as “LGBTQ+” is growing rapidly among Gen Z adults, according to a recent survey.

A new release Gallup poll analysis of 2021 data reveals that just over 7% of adults now identify with one of the sexual disorder trends signified by the ambiguous acronym alphabet soup. That’s more than double the number from a 2012 Gallup poll. The survey included interviews with 12,000 American adults.

Most segments of the population remained almost static as of 2012 adopting “alternative” lifestyles. But the past four years have seen a huge increase in the number of Gen Zers who identify as LGBTQ. In the past four years alone, the number of Gen Zers identifying as non-heterosexual people has nearly doubled, from nearly 11% in 2017 to 21% in 2021.

The rainbow category with the highest percentage of self-declared members is “bisexual”. Among those who claim the title “LGBTQ+”, 57% identify as bisexual, which means they are sexually attracted to both genders. A staggering 15% of Gen Z adults now claim to be bisexual, compared to 6% of Gen Y and less than 2% of Gen X. As for baby boomers and traditionalists, only 1% admit to being bisexual. Women are three times more likely than men to identify as bisexual.

What is causing the marked increase in gender confusion, especially among Gen Z? There are many possible factors, not the least of which is the loss of religious faith. Losing sight of God means losing understanding of ourselves. However, there are other factors.

It is remarkable that the same study show that between 2020 and 2021, there was an unusual spike in young adults identifying with sexual deviance. This matches when people were locked up at home due to the COVID pandemic, with plenty of time to explore topics of sexuality on the internet. Needless to say, much of what is written and posted on the net is biased and perverted.

Losing sight of God means losing understanding of ourselves.

Moreover, sexual ideology has become increasingly prevalent in the training of young people. One cannot ignore the power of the explosion of pornography caused by the electronic media. Ever since the 1990s, when the internet became a part of most Americans’ lives, hardcore pornography has been readily available and highly addictive. In generations past, single men had to drive into a red-light district, enter an X-rated store or theater, and pay for illicit sex material. But today, they are just two or three clicks away from viewing full-screen pornography in the privacy of their homes. This had great adverse effects on marriage and gender relations.

Sexual confusion and deviance are growing in the Western world.

Political observers claim that sexual deviance, which includes the so-called transgender, is a fundamental tool of the left-wing elite, mainly to keep the masses dependent and reduce the size of the population. Before the secular humanist onslaught permeated all American institutions, and for countless generations, premarital sex was considered socially unacceptable, while sex, marriage, and family were honored as sacred. The sexual revolution, born of the birth control pill, changed all that, and the slippery slope of deviance and confusion has been snowballing for decades.

Another thing to consider is what people have been physically ingesting for several decades. Chemicals in plastics, psychiatric drugs and birth control pills have had their effects on consumers and the environment. These hormones and chemicals have permeated the water supplies. Specifically, a 2015 US geological study study found hormones from birth control pills excreted by women had impacted the fertility of fish – up to three generations. The release of these chemicals into waterways that eventually end up in drinking water raises serious questions about their effects on human sexuality.

Last but not least, the further people drift away from God in their personal and public lives, the more difficult it is to control their sin-wounded chaotic nature. Integrity was lost with Adam; and our passions, emotions, and desires are no longer easily governed by reason.

Sexual confusion and deviance is growing in the Western world, as this latest Gallup poll indicates, and it is perhaps the greatest challenge to civilization the world has ever seen. However, in what can be called the “post-Christian era”, this should not be surprising. Whether we will return to God in time to save Western civilization from the slippery slope of spiritual and physical death is a question that remains.

KINNETT: Organizing a curriculum is not banning a book

British dad caught in sting operation boasted ‘I’m 100% pedo, there are no limits with me’