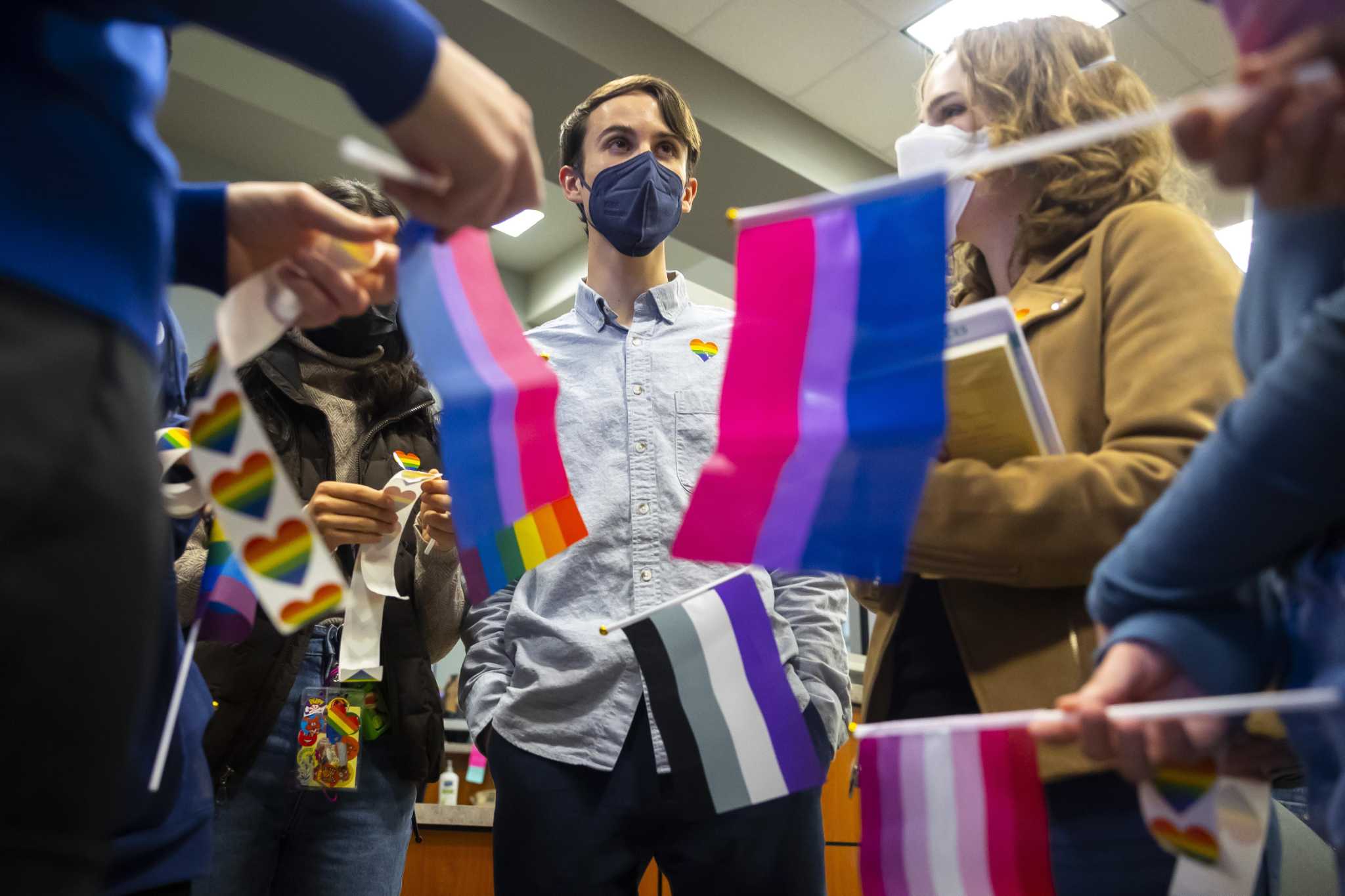 High school students are now allowed to visit websites aimed at LGBTQ+ communities, including the suicide prevention nonprofit, The Trevor Project. Katy ISD’s policy reversal follows a formal complaint from students and a letter of support from the ACLU of Texas against their third-party internet software filter on “alternative sexual lifestyles”.

Cameron Samuels, now a graduate of Seven Lakes High School who filed the formal complaint, said the policy change was a step in the right direction.

“I see this as a victory,” Samuels, who is now studying politics at Brandeis University in Massachusetts, said Thursday by phone. “I am so proud to see that the hard work we have put in over these months has paid off.”

Casey Pick, senior researcher for advocacy and government affairs for The Trevor Project, said suicide prevention should never be controversial.

“LGBTQ youth are more than four times more likely to attempt suicide than their peers, and our research shows that over 80% of LGBTQ youth said it was important for a crisis line to focus on LGBTQ youth,” she said. “This is exactly the kind of service The Trevor Project provides 24/7 and for free.”

Pick said the organization urges all schools and youth-serving organizations to learn more about the nonprofit’s work and work to increase access instead of restricting it.

“We are grateful to everyone who spoke out against the absurdity of blocking Trevor’s student crisis services — especially the many student advocates who spoke out for themselves,” she said.

Katy ISD did not immediately respond to a request for comment on the outcome of the formal complaint or the ACLU’s allegations. However, Maria Corrales DiPetta, general manager of media relations for KISD, confirmed last week that high school students can now access the Trevor Project website.

“With respect to the website in question, its content was recently reassessed as part of standard District practice, as well as in response to a request for review,” she said. “The site was deemed acceptable and made accessible via district Wi-Fi, with the exception of the chat functionality. The site’s chat room functionality is available to minors and adults and has therefore been restricted by district Wi-Fi as per guidelines (of the Children’s Internet Protection Act).

INVESTIGATION: Most push to ban books in Texas schools came from politician and GOP pressure, not parents

Brian Klosterboer, attorney for the ACLU of Texas, said most districts in the United States and Texas have taken steps to remove these filters created by third-party vendors years ago.

“It is deeply regrettable that it has taken a year of incredible activism and advocacy by Cameron and other students to bring these issues to light,” he said. “Katy ISD seems unique in how long it took to remove discriminatory web filters.”

In November, an analysis by the Houston Chronicle revealed that KISD had blocked several websites of organizations serving LGBTQ+ children, such as the Trevor Project; the Montrose center, a Houston nonprofit with youth services and support groups; and campaign and human rights defendera source of information focused on the LGBTQ+ community.

Of the six other Houston-area districts that responded to a Chronicle survey, including Barbers Hill, Fort Bend, Aldine and Friendswood ISDs, none blocked the Trevor Project website to high school students.

At the time, a KISD spokesperson said its third-party Internet filtering software was based on predetermined categories that comply with the Children’s Internet Protection Act.

In April, the ACLU of Texas and Lambda Legal sent the district a letter in support of the formal complaint filed by Samuels. Their correspondence alleged that the district was violating students’ First Amendment rights, citing court precedent.

“Katy ISD’s filtering software appears to be misconfigured to block websites providing critical information and resources to lesbian, gay, bisexual, transgender, and queer (“LGBTQ+”) students in a discriminatory manner,” it read. in the letter.

In a 2012 ACLU reportthe organization said it discovered that many districts across the country had web filters that specifically blocked websites with LGBTQ+ content, often without administrators knowing.

The web filtering company used by KISD, ContentKeeper, has a category called “Alternative Sexual Lifestyles (GLBT) Global,” according to district documents. In 2021, the name of the filter was changed to “Human Sexuality”, according to the district.

Hack said in the response that none of the blocked websites in this category display pornography, adding that another filter called “Adult Content” blocks student access to pornographic images.

In January, the district continued to block websites for the Trevor Project, The Lawyer and Outsmart Magazine to students, but allowed access to some previously blocked sites, including the Montrose Center, the Human Rights Campaign man and PFLAG.

KISD also asked students to submit individual support tickets to request the unblocking of specific sites, according to the letter from the ACLU.

“Requiring students to submit individual support tickets…is not a solution to this problem either, but unacceptably forces LGBTQ+ students to ‘walk out’ and face an intimidating and discriminatory burden for access critical information,” the letter said.

The ACLU and Lambda Legal have also challenged whether students can access websites that advocate restricting LGBTQ+ rights, including Breitbart, Texas Values, and ADFLegal.

According to the ACLU, the district has also created a process for elementary and middle school students to request that specific sites be unblocked at those levels.

“It’s not the full outcome we wanted, but to see that high school students can now access vital resources to assert their identity is wonderful,” Samuels said.