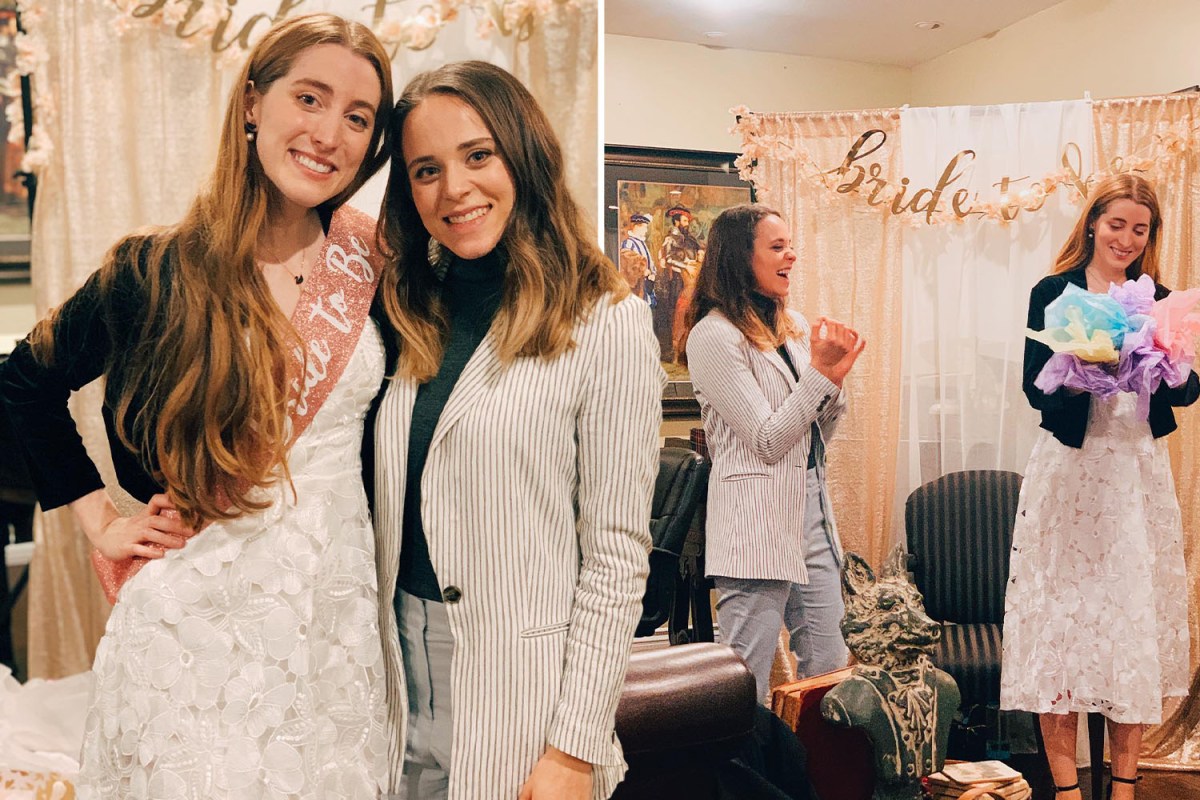 JINGER Duggar once again broke her dad Jim Bob’s rules as she wore pants to a friend’s bridal shower in new photos.

The 28-year-old took to Instagram to post the new snaps from the special event as she posed in a striped blazer over a black top to go with trousers.

The shower appeared to take place in a house as other photos showed the large group of women having fun.

Another had Jinger celebrate as the bride-to-be, Constanza Herrero, held flowers.

Her pal replied in the comments section, “I love you my friend! Thank you for everything.”

Fans were all about Jinger’s outfit as they reacted with nothing but praise and kind words.

One person wrote: “Hair and jacket – wow!” while another added, “beautiful as usual!”

Jinger’s parents, Jim Bob and Michelle, have long observed a strict dress code that generally only allows women to dress modestly and wear skirts or dresses.

One of these rules prohibits women from showing their legs or dressing revealingly.

Besides the former TV star, her sisters Joy-Anna and Jill, 30, have also been open about breaking the family’s controversial rules.

Joy-Anna, 24, once showed off her legs in short shorts while on the golf course with husband Austin Forsyth.

NO TO CHRISTMAS DUGGAR

Jinger’s appearance at her friend’s bridal shower comes after she failed to show up for the Duggar’s Christmas party – Jill was also not present.

In videos shared by their older sister Jana, family members unwrapped and enjoyed their Christmas gifts.

They also gathered around the piano to sing along as a family and enjoyed a holiday feast.

This all happened while Jinger and her husband, Jeremy Vuolo, were skiing in Pennsylvania.

Jinger wrote alongside photos of the couple’s adventure, “We went skiing yesterday and came away with no broken bones. I would say it was a success.

“Pictured: One of Jeremy’s many wipeouts – at least he struck a good pose.”

This all comes after Jinger’s older brother Josh, 33, was convicted of child pornography charges.

The disgraced reality TV star faces 20 years in prison on each count.