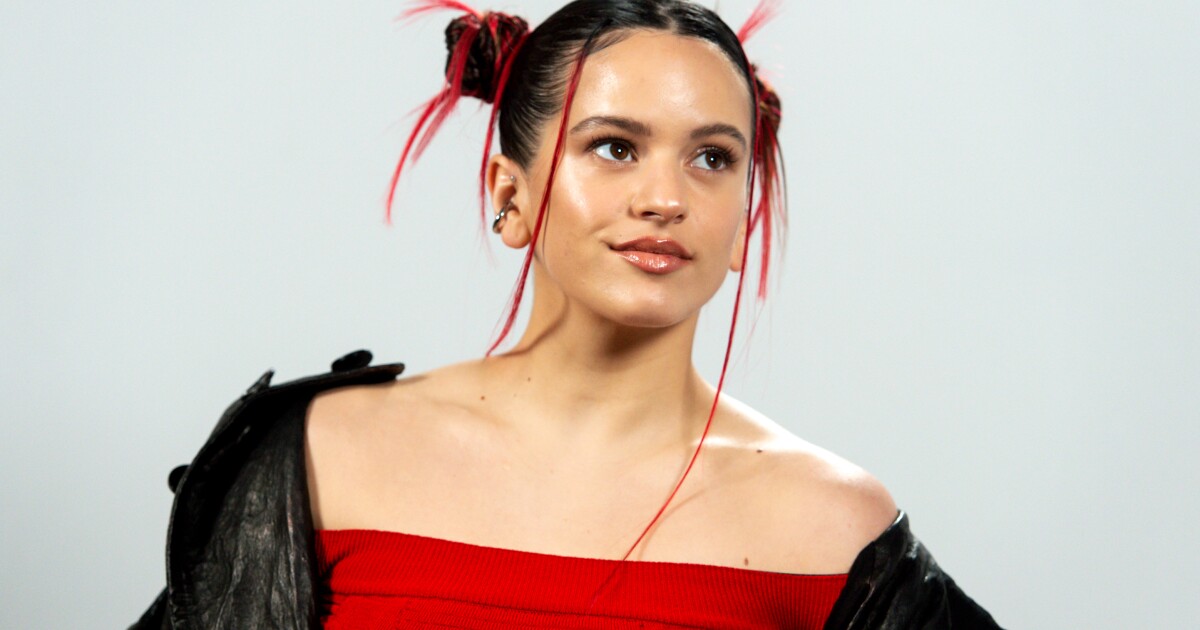 In Rosalia’s ‘Motomami’ album, the flamenco pop star asks: ‘How can I be more free? »

Spanish avant-pop star Rosalía was just 8 years old when she rode her first motorbike, her arms wrapped around her father’s stomach from the passenger seat as they soared through the hills, some leaves on the outskirts of his hometown of Barcelona. She says the trick to overcoming the initial anxiety of riding the bike — and, more recently, of dropping her fearless new album, “Motomami” — was to stay focused in the moment.

“What I love about riding a motorcycle is that you have to ground yourself in the present,” she told The Times, phoning from a studio in Miami. “You can only think about what is happening here and now. This way you can move forward without looking back.

In the three years and change since she released her second Grammy-winning album, the 2018 flamenco-pop revelation entitled “El Mal Querer”, Rosalía has become something of an international playgirl.

In 2019, she wooed fans at Coachella and rubbed shoulders with the Kardashian-Jenner family; during the pandemic, she made an appearance in Cardi B and Megan Thee Stallion’s incendiary “WAP” video and became Puerto Rican pop star Rauw Alejandro’s main push. (When I mention it, she just laughs.)

Released on March 18, “Motomami” is a complex treatise on his new found love and fame, told through a stunning mesh of flamenco, hyperpop, hip-hop and assorted Caribbean sounds. This first forced her to detach herself from the academic discipline that inspired ‘El Mal Querer’ or ‘A Toxic Love’: a diploma thesis based on the 13th century novel ‘The Story of Flamenca’, which she presented for the first time at the College of Catalonia. of music. “This one is much more autobiographical,” she says of her latest project.

To fully flesh out the essence of “Motomami” – an avatar for her endless pursuit of liberation “as an artist and as a woman”, she says – she flew between studios in Barcelona, ​​Miami, Puerto Rico, the Dominican Republic, Los Angeles and New York over a two-year period. During this time, she collaborated with a wide range of international artists, including The Neptunes, James Blake, The Weeknd and Tokischa.

The album debuted at number 33 on the Billboard 200, the highest position for a Spanish-language album on the chart that year.

“It would have been easier if I reproduced a formula of [‘El Mal Querer’], but I went to the studio wanting to learn by experimenting,” she says. “I try to make music for people to have fun, but what if it ends up being a challenge? [served] a goal.”

This summer, Rosalía will embark on her first-ever world tour, which kicks off July 6 in Almería, Spain, and includes stops at the YouTube Theater in Inglewood on October 7 and 8. She told The Times about the path to the “Motomami” exit and where she’s headed next.

Where are you right now?
I’m in Miami working on new music.

Are you already writing a new album?
I’m always working. I like to spin my creative wheel. It’s a labor of love.

Your first two albums, “Los Ángeles” and “El Mal Querer”, were strongly influenced by your erudition in flamenco; on the other hand, the explosion of the genre on “Motomami” seems very liberated.
The basis of “Motomami” was the pursuit of liberation. As an artist, my ultimate question has always been: “How can I be freer?”

How did you break free?
I spent two years away from my family and my country to make this record. It was hard, but it was clear to me that I didn’t want to spend those years sitting in front of my computer. Traveling so much in recent years has affected my sound, it affects my pencil, it affects the way I make music.

Did you think people wouldn’t take that side of you well?
The feedback was mostly positive. But on TikTok, I noticed people judging me for the 15 seconds they heard about the song, without any context. My references — like Lil’ Kim and Madonna — sang much more explicit stuff a long time ago. People are still uncomfortable with the idea of ​​a woman being open about her sexuality, and I find that most surprising.

You’ve collaborated with notable queer icons like Arca, Rita Indiana, and Dominican rapper Tokischa, who appears on “Motomami.” What’s important about connecting with the queer community?
I feel like I’m part of the community. The majority of my friends, the people closest to me, are all part of the community. It just makes sense to me because it’s just my life. In the case of “Saoko” – “Drag queen makeup, I transform” – why not shed some light on that?

You sample and reference many artists in your work – like reggaeton MC Wisin, who gets credit on the track “Saoko” – but you also cite your sources in the lyrics, just like you cite an article. Do you think your approach to music, whether pop or hip-hop or reggaeton, is still that of a student?
I’ve never seen music in a compartmentalized way; I see it as a manifestation of our humanity. And what excites me about being a musician is challenging myself to study and understand new ways of expressing myself from other styles.

You spent a lot of your time in Puerto Rico and the Dominican Republic working on the songs for this album. Why was it essential for you to work in the Caribbean?
The Caribbean is full of creativity, and I owe a lot to these places and these artists. Since I was 12, I went with my cousins ​​to the fair and we danced to reggaeton — they played Hector El Father, Don Omar, Daddy Yankee, etc. But you see, I’ve only experienced this music since [Spain]. I know that reading about a place and experiencing it are two different things, so my music wouldn’t exist the same way if I hadn’t been able to spend time with the artists there. I have so much respect and admiration for them.

How was the production process, bringing all these sounds together?
I mean, when you look at the body of flamenco, you can see that hybridization is its natural tendency, and it always has been – since its inception. I’ve always been inspired by reggaeton, bachata, dembow… but there are traditional sounds like the guajira and the rumba also. I think about the songs of ida y vuelta [flamenco songs inspired by Latin American folk songs during Spanish colonization], but how for contemporary artists, we now have the Internet. It has so much impact on our sounds, and you don’t even have to travel for it.

So the Internet has made you international?
I basically grew up on the internet! You could say “Motomami” was made in six cities, but definitely, it was born from the internet. There is a cultural diversity today that did not exist before the invention of the Internet nearly 30 years ago. In the end, I feel like a woman of the world.