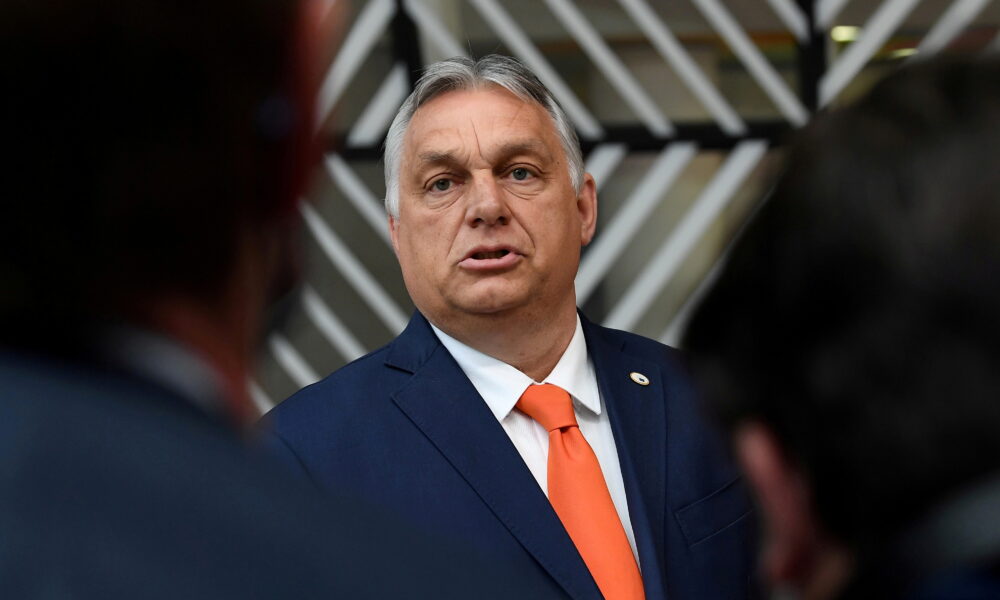 Hungarian Prime Minister Viktor Orban (Photo) said on Thursday (July 8th) that the EU’s efforts to force Hungary to drop a new law banning the promotion of homosexuality in schools would be in vain, write to Krisztina Than and Anita Komuves, Reuters.

His government will not allow LGBTQ activists in schools, Orban said.

The right-wing leader was speaking on the day the new law came into force. It bans schools from using material deemed to promote homosexuality and gender reassignment, and says that under 18s cannot view pornographic content.

It also proposes the establishment of a list of groups authorized to hold sex education sessions in schools.

But Orban said only Hungary has the right to decide how children should be raised and educated.

The law, which critics say wrongly links pedophilia with LGBT + issues, has sparked protests in Hungary. Rights groups called on Orban’s Fidesz party to withdraw the bill. The European Commission has opened an investigation into him.

The issue was one of national sovereignty, he said.

“Here, the Brussels bureaucrats have nothing to do, whatever they do, we will not leave LGBTQ activists among our children.”

Orban, who has been in power since 2010 and faces a potentially difficult electoral battle next year, has become increasingly radical on social policy in a self-proclaimed fight to protect what he says are traditional Christian values. of Western liberalism.

The opposition Jobbik party also supported the bill in parliament.

On Thursday, NGOs Amnesty International and Hatter Society flew a huge rainbow-colored heart-shaped balloon above the Hungarian parliament in protest against the law.

He said they would not keep the new law or change their education programs.