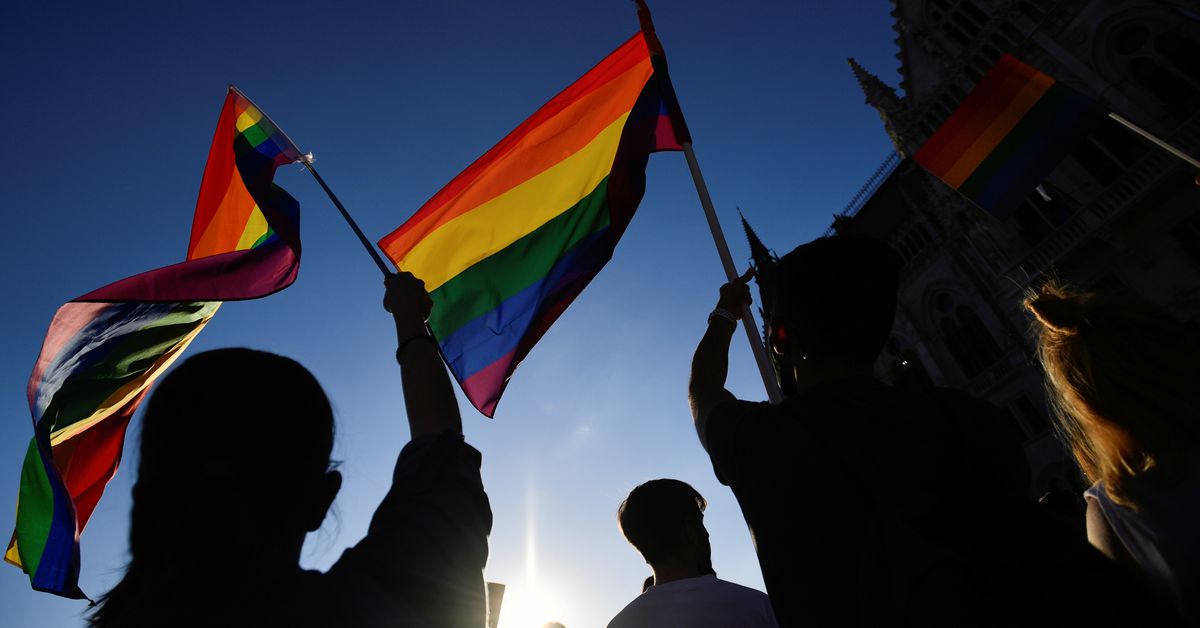 BUDAPEST / BRUSSELS, July 8 (Reuters) – Hungarian Prime Minister Viktor Orban on Thursday pledged that he would not give in to EU pressure to repeal a new law banning schools from using material deemed to promote homosexuality , as the bloc’s lawmakers demanded sanctions for the legislation.

The law, which came into force on Thursday, has put Orban on a collision course with rights groups, the EU Executive Board and other leaders who say it goes against the principles fundamentals of the block. Read more

“Here, the Brussels bureaucrats have nothing to do, whatever they do, we will not leave LGBTQ activists among our children.” The issue was one of national sovereignty, he added.

Later Thursday, the European Parliament passed a resolution condemning the law and demanding that EU countries and the European Commission use all powers to stop it.

The non-binding resolution – adopted with 459 votes in favor and 147 votes against – included calls for the Commission to launch so-called infringement proceedings against EU members who violate the bloc’s laws.

“LGBTIQ rights are human rights,” said the resolution, referring to lesbian, gay, bisexual, transgender and intersex people, as well as those who question their sexual orientation.

He also called for a separate legal process from the EU that can cut funding to member countries that undermine the rule of law. The effectiveness of this new mechanism has yet to be tested.

Orban, in power since 2010 and facing a tough election next year, has become increasingly radical on social policy in a self-proclaimed crusade to protect what he says are the traditional Christian values ​​of Western liberalism.

On Thursday, NGOs Amnesty International and Hatter Society flew a huge rainbow heart-shaped balloon above the Hungarian parliament in protest against the law.

“Its aim is to erase LGBTQI people from the public sphere,” David Vigh, director of Amnesty International Hungary, said of the law, which he has sworn not to respect.

Reporting by Krisztina Than and Anita Komuves; Editing by Angus MacSwan and Andrew Heavens

The 4 varieties of sexual fantasy