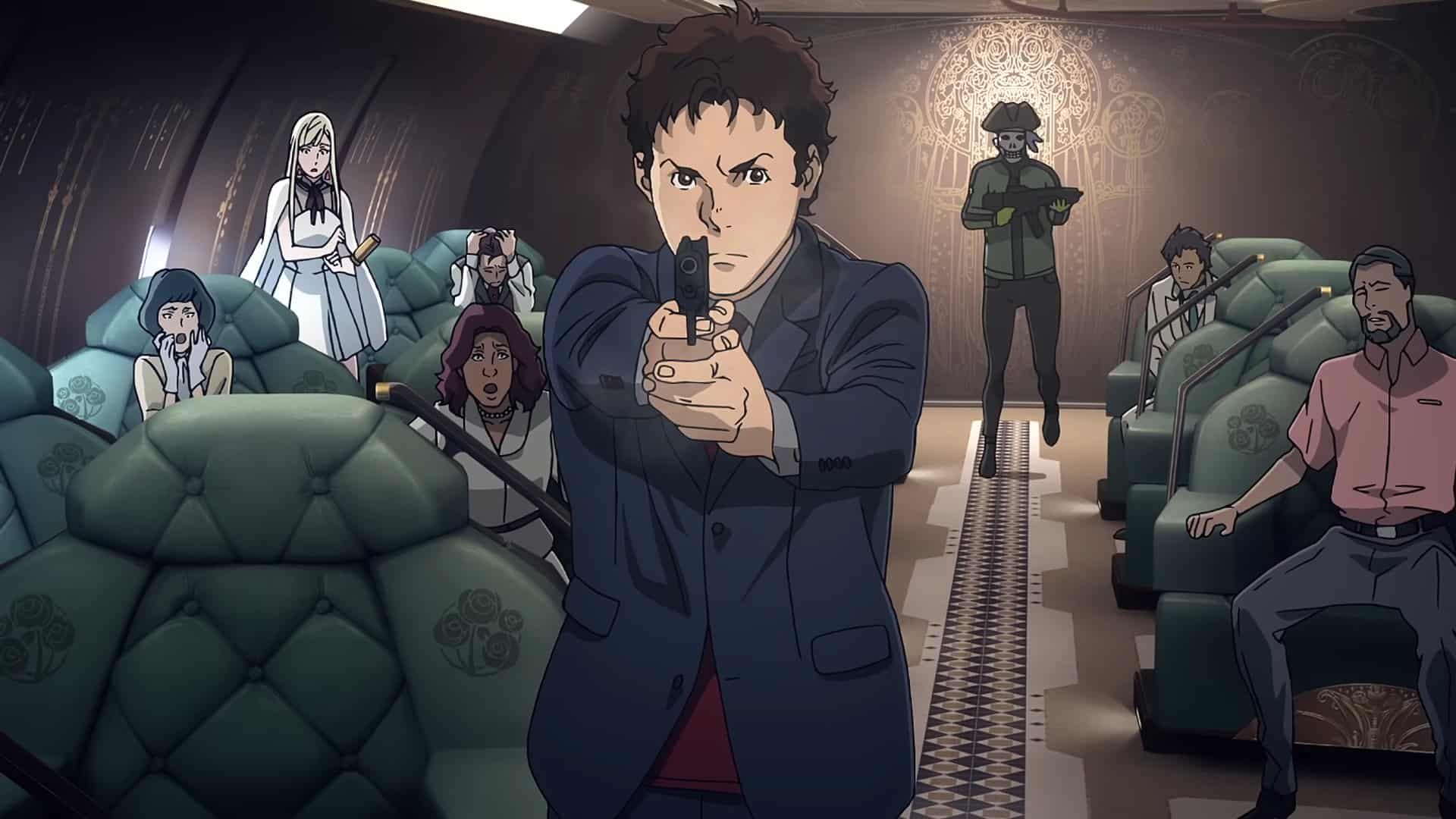 “How should I handle this situation”

Based on Yoshiyuki Tomino’s “Mobile Suit Gundam: Hathaway’s Flash” series of three novels, published in 1989 and 1990, “Hathaway” is a sequel set twelve years after the events of “Mobile Suit Gundam: Char’s Counter- attack”. As part of the UC NexT 0100 project, it adapts volume 1 of the series. It was released in Japanese theaters on June 11, 2021 and also found its way to Netflix.

The story begins in the year UC 0105, twelve years after the second Neo Zeon War, inside a spacecraft transferring a number of passengers who appear to be VIPs, including Federation officials, to Earth. The machine is however hijacked by terrorists claiming to be from the Mafty group, which advocates the forced relocation of humanity in space to save the environment. A number of passengers and crew are murdered, but the criminals are eventually caught by the efforts of Hathaway Noa and Kenneth Sleg, and the passengers are taken to Davao, Philippines. Gigi Andalucia, a very beautiful girl who was also on board, takes an interest in Noa, even realizing that he is part of the real Mafty group. At his insistence, the two end up staying in the same hotel suite, causing problems with Hathaway’s plans, eventually having to order his Mafty subordinates to stage a diversionary attack on the city, abandoning Gigi, who , annoyed, ends up going out with Kenneth. The attack, however, does not go as planned, as the Federation responds much faster than Mafty had expected, causing massive collateral damage. As Noa tries to reach his comrades, Kenneth manages to extract more information about their base, with their friendly rivalry over Gigi soon becoming something far more dangerous.

Truth be told, a minor acquaintance with the particular Gundam universe, particularly “Char’s Counterattack”, would be welcome for any “Hathaway” viewer since the feeling that something was missed becomes quite intentional here, especially at the beginning. However, that doesn’t mean the movie can’t be watched as a standalone title. Other than that, the film stands out as one of the best entries in the massive franchise we’ve seen in recent years, both for story, characters, and action aspect.

The dynamic created by the triangle of Hathaway, Gigi and Kenneth is rather intriguing from the start, especially since the first wants to hide his identity as the leader of the terrorist group, the second suspects him but also promises him not to say anything. at anyone, lightly blackmailing him into staying by his side, while the third is completely unaware of who his “rival” is, until he isn’t. Additionally, these meager balances extend to the romantic aspect as well, with Gigi having a soft spot for Hathaway, Kenneth a soft spot for Giri, and Hathaway not particularly interested in her, as there seems to be another woman for him in the future. inside Mafty. When the backstory of Gigi’s relationship is also highlighted and Kenneth becomes very open about his feelings for her, things get even more intense, with the duality of complications working perfectly for the story.

More so, the fact that all three characters are quite interesting individually, as their backgrounds and reasoning are gradually and masterfully revealed, helps to build a lot of empathy for each of them, even though Hathaway is the hero and Kenneth the villain here. , unless for the first film. Kumihiko Takashi’s character design also helps the most in this regard, his work being truly exquisite, for all three leads, but especially for Gigi, whose dressing, wavy hair and subtle sensuality are among the series’ best traits. , although the “hentai look” is not missing here too, as the brief petticoat angles eloquently underline.

At the same time, the Mafty Group’s reasoning for doing what they do, their failure to follow their plan which leads to disaster, the formation of public opinion about the group and the Federation, and the forces’ constant pursuit of the Federation adds a sociopolitical and philosophical context to the story, which is also what leads to the action sequences here, as a testament to the smoothness of Shuko Murase’s direction.

And speaking of the action, the work done in both directions and the animation by Bandai Namco Filmworks is amazing, with the different battle styles (Melee, Pistols and Gundams) all presenting the same quality, all looking quite impressive. . Especially those of the spaceship at the start and the last in space are a real wonder to watch. The artistry extends to all the technical parts, with the design of the Gundams and the various incredibly detailed backgrounds, the coloring just right for the overall aesthetic, and the night scenes, including one in a dance club , truly memorable.

“Mobile Suit Gundam: Hathaway” is a great introduction to the three movie arc and one of the best mecha anime movies we’ve seen in recent years.