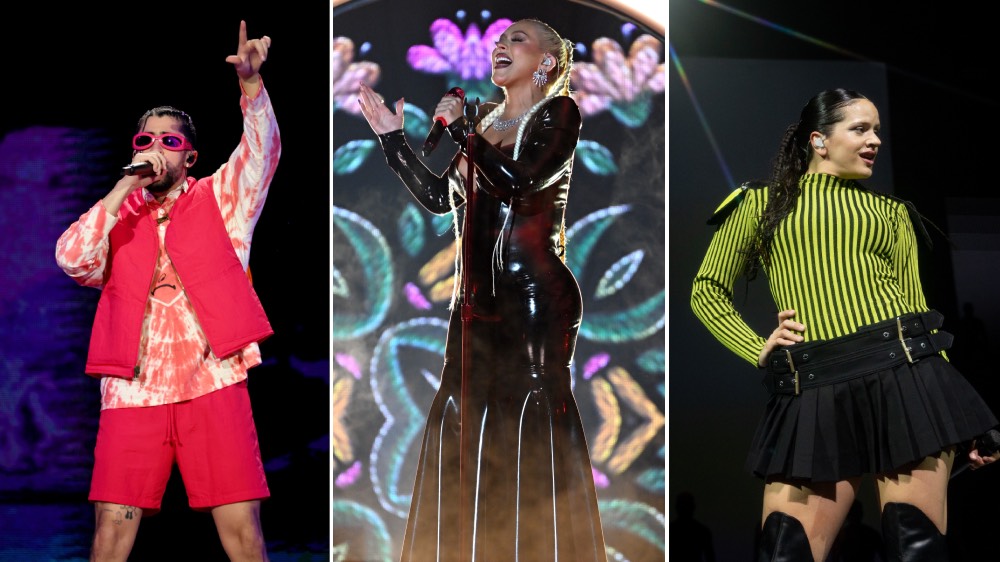 From Bad Bunny to Xtina: 2022 Latin Grammys contenders to watch

With superstars like Bad Bunny and Rosalía in multiple races, this year’s Latin Grammys on Nov. 17 in Las Vegas promises to be a big draw. A wide range of genres and artists from around the world, from legends to rookies, graced the list of nominations this year.

Rauw Alejandro scored a record-breaking wink of the year alongside Shakira for their reggaeton banger “Te Felecito,” plus Pharrell Williams, Chad Hugo and Noah Goldstein earned their first-ever Latin Grammy nominations this year for their work on “Motomami” by Rosalía.

But there are many more notables and surprises scattered throughout the list, here are just a few:

It’s all about Bad Bunny

Fueled by his summer blockbuster ‘Un Verano Sin Ti’, the reggaeton titan topped the Latin Grammy nominations list with 10 nominations – including album of the year and record of the year for lead single ‘Ojitos Lindos”, with Bomba Estereo. And when it comes to records, Bad Bunny has broken a few — like having top seller of the year and the first all-Spanish language to debut at No. 1 on the Billboard 200 album chart. This year, he also became the only artist in history to hold two separate $100 million tours in less than 12 months with his “El Último Tour Del Mundo” and “World’s Hottest Tour”, which more than doubled. the crude of the latter.

The prolific reputation of “Un Verano” led to much speculation that it would also earn an Album of the Year nomination at the “gringo Grammys” (as Bunny himself dubbed the mainstream competition).

The triumphant return of Xtina

With seven nominations, including the prestigious Album of the Year award for ‘Aguilera’, the Ecuadorian-American pop idol is coming full circle with the awards show – and Latin music in general. The last time Aguilera was nominated for a Latin Grammy was in 2001 for her Spanish-language album “Mi Reflejo” which won Best Female Pop Vocal Album. The new ensemble sees the singer explore entirely new vocal territory, from guaracha and reggaeton to rancheras, evocative ballads and more. The album’s lead single – the anthem “Pa Mis Muchachas”, featuring Becky G, Nicki Nicole and Nathy Peluso – was also named Record of the Year. At the time of this article’s publication, the theatrical music video for the song has over 31 million views on YouTube.

The Spanish singer also helped TikTok earn its first Latin Grammy nomination for Best Long Form Music Video. The video, which came a day after the release of “Motomami,” was a collaborative live stream brought together by TikTok, Columbia Records, and Canada’s must-have Rosalía creative production team. The nearly 30-minute performance featured 14 of the album’s 16 songs.

Per the singer’s instructions, the performance was filmed entirely on cellphones and since its premiere, has been used as the set design for her “Motomami” world tour.

Mexican-American record producer and composer Edgar Barrera enters the ceremony with nine nominations, including Producer (he won the award in 2021), Record (“Pegao”) and Song (“Índigo”) from the year – two collaborations with his long-time collaborator, Camilo. “I’m very grateful to Camilo because he involved me in creating the album from start to finish,” Barrera said. Variety. “We write together even if it has to be via Zoom, then we spend months producing and polishing every detail until we can release something we’re proud of.” Barerra’s additional credits include working with Christian Nodal, Camila Cabello, Ed Sheeran, Grupo Firme and Ariana Grande.

Several notable premieres this year have come from the Best New Artist category. In the past, the regional Mexican genre has been left out entirely, but that changed this year with a nod to up-and-coming act Yahritza Y Su Esencia. Led by 16-year-old Yahritza, the sibling trio exploded onto TikTok with their debut single, “Soy El Unico.”

Additionally, Angela Álvarez, 95, became the oldest musician nominated in the category following the success of her self-titled debut album in 2021. The 15-track set is made up of songs rediscovered by her grandson and composer of films Carlos Jose Álvarez, who asked for their release decades later. Álvarez also made her film debut this year in the film “Father of the Bride”, starring Andy García and Gloria Estefan, where she sings “Quiereme Mucho.“