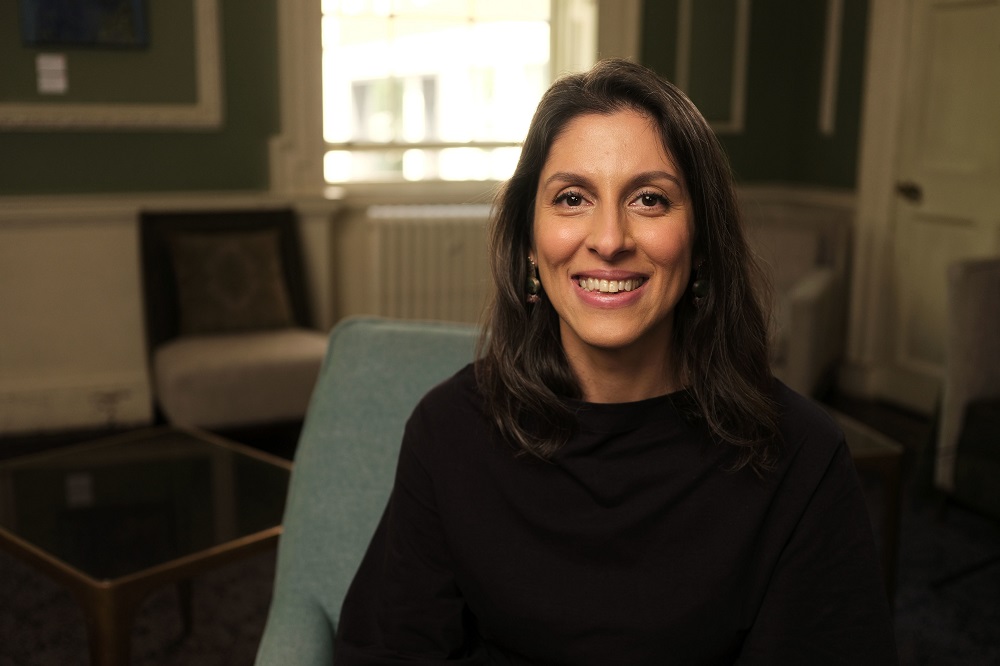 “Don’t underestimate how wonderful it is to be free and to live in a free country.”

That was Nazanin Zaghari-Ratcliffe’s take-home message as she spoke at a women’s conference in Cardiff today.

Ms Zaghari-Radcliffe was in conversation with Radio 4 presenter Samira Ahmed in front of some of the 1,900 attendees at the FiLia 2022 conference in Cardiff.

She reflected on the challenges women in Iran face in the current uprising and drew correlations with her own experience of imprisonment.

She told the audience that for nearly four years she had ‘lived in the shadows’ of Boris Johnson’s words when he falsely said she was in Iran to teach journalists because the regime has used his words against her.

Describing her isolation in prison, she said: “When you’re in prison, it makes you so much stronger if you know there’s someone out there fighting for you, thinking of you.”

But added that although there was a huge campaign for her freedom and her husband, Richard, was working tirelessly to secure her release, she was largely unaware of these efforts as he could not disclose. no plan in case they are overheard or undermined by the Iranian authorities.

Describing the difference between the women and girls protesting today – some as young as 15 – and the experience of women under the 1979 revolution, she said Iran had passed “a turning point”.

“There is this anger that has been suppressed among women, among Iranians, for a very, very long time, and we are not just talking about the freedom of what we want to wear, we are talking about an economic crisis, the cost life is very, very high and people are really not very happy.

“I was born two months before the last revolution and my generation lived through the failed revolution of our parents; they expected otherwise – what they got was not what they hoped to get.

“We also lived in a society where everything was under the guise of religion and a lot of fear to stand up for their rights – this generation doesn’t have that, they’re braver, more aware, and I really think social media. .. helps them understand their rights and freedoms in a very different way.

“So I think what we’re seeing in Iran…there’s no going back…it’s just moving forward.”

She spoke of a slow adjustment to life at home, saying the world has changed in 6 years, especially after Covid, and there is no going back to where it is.

Speaking about the struggle to regain mental well-being after being imprisoned, she said: ‘When people say ‘you look fine’ I’m saying you don’t really know what’s going on inside of somebody. Mental and emotional torture have largely replaced physical ones.

“A prisoner doesn’t have many tools, but a strike or a sit-in are effective forms of political resistance. But strikes, hunger strikes, are dangerous. And the last thing a prisoner wants to do is lose her life.

“What saved my life was sewing. My friends sent me beautiful fabrics to work with.

Ms Zaghari-Ratcliffe was the final speaker on the first day of the three-day event which is the largest feminist conference in Europe and travels to different cities every year.

In an effort to raise awareness of issues that specifically affect women around the world, plenary sessions, conferences and workshops were held today on topics such as motherhood and migration, prostitution, impact of pornography, rape and violence against women, and women in war zones.

Today’s formal session ended with a rally and vigil for women victims of domestic violence and femicide.

The descent of Mark Zuckerberg