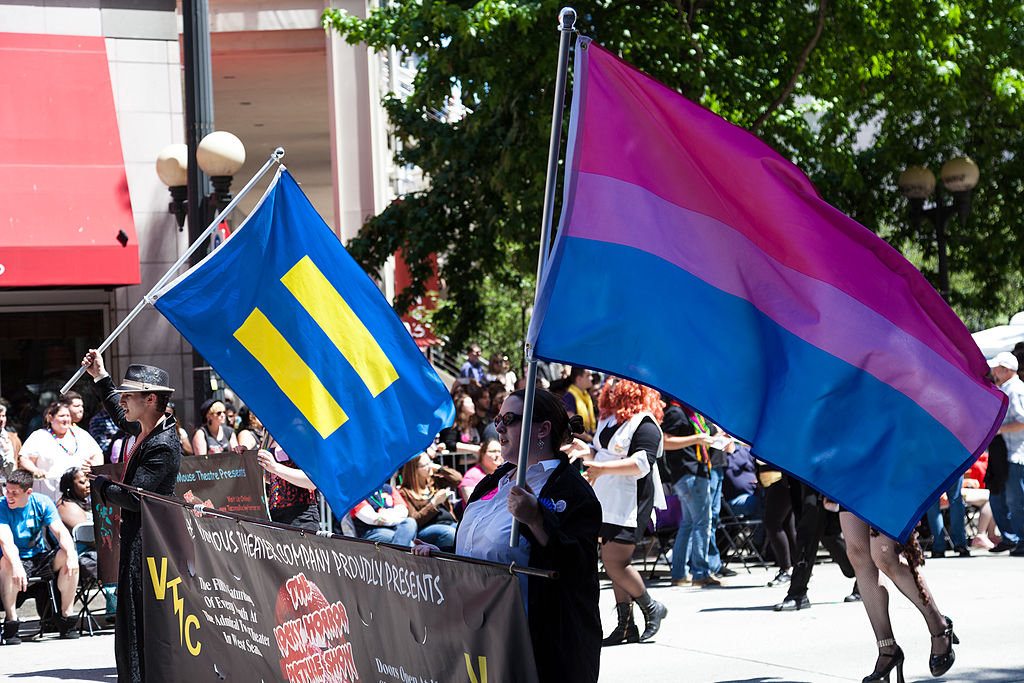 For Pride, learn to be an ally of your Bi+ neighbors

By Neesha Schnepf and Nicole Speer

It’s Pride Month, a time when lesbian, gay, bisexual and transgender (LGBT) people come together to celebrate their lives and reject those aspects of society that would cause them to live in shame or despair.

As an openly bisexual Boulder councilwoman (Dr. Nicole Speer; her) and bisexual Boulder resident and research scientist at CU Boulder’s Atmospheric and Space Physics Laboratory (Dr. Neesha Schnepf; they/she), we had to work for ourselves. to feel that we belong to the heterosexual or homosexual communities of our city. Considering that the Mother of Pride is a bisexual woman (Brenda Howard), it seems particularly fitting to start the month by shedding light on the most common, yet often overlooked, LGB identity.

Bisexual simply means being sexually and romantically attracted to people of both sexes. Newer terms add some nuance to this: pansexuals are attracted to people of any gender (which may provide more space for non-binary or transgender people) and those who use the salvaged label “queer” just aren’t heterosexual. Many of us use these terms interchangeably to describe ourselves, and you may see “bi+” popping up as a catch-all identity.

Among Americans who identify as lesbian, gay or bisexual, the majority (52%) are bisexual. At the national level, this majority increases with the younger generations. Locally, according to Out Boulder staff, pansexual or bisexual identities are the most frequently reported identities among youth attending Out Boulder County programs and services.

Bi+ is also the most common sexuality transgender people. For many of us bi+ people, especially the younger generations, being bi+ goes hand in hand with a non-binary gender identity. When it comes to who we are and who we love, gender doesn’t really matter. Because we live in a world where gender forms the main hierarchy in society and is the basis on which most people define their lives, some bi+ people use gendered pronouns to try to assimilate even though we don’t consider gender as a meaningful concept (e.g. the authors’ use of the pronouns “she”).

Many people mistakenly assume that being bi+ rules out monogamy. Like straight/gay Americans, the overwhelming majority of bisexual people (85.5%) are monogamous. That said, polyamorous people, most are bisexual/pansexual.

Too gay for one category and not gay enough for another, bisexual people often struggle to feel at home in straight society. and homosexual communities. Bisexuals are much less likely to date close friends and family than gays/lesbians and bisexuals often feel left out Pride events. Bisexuals also feel less optimistic about the situation of LGB people in America.

This lack of community can have very serious health consequences for bi+ people of all ages. Young people are particularly vulnerable when bisexual erasure leaves them without role models to help them understand and appreciate their identities.

Only 5% of young bi+ say they are “very happy”, compared to 21% for young gays/lesbians. Bi+ young people are more at risk of harming themselves and others than young people of other sexualities. Bi+ youth are much more likely to seriously consider suicide; 1 young bi+ out of 5 has tried it. Bi+ youth are more likely to be bullied at school and forced to have sex. Bi+ youth are also the most likely to be homeless — a A 2005 study found that 26% of young bi+ people have experienced homelessness because of physical violence inflicted by their parents, compared to 13% of gays/lesbians and 15% of young heterosexuals.

These numbers are not just statistics for us. They bear witness to what we have survived to reach adulthood, what we are still working to heal from. And they are a plea for what our local youth are enduring.

Boulder County votes overwhelmingly for politicians who support same-sex marriage, but it is still worrisome in our community that young gay men are kicked out of their homes when they go out (or are accidentally revealed) to their parents. Many of these young people are quickly helped by local organizations like Out Boulder County and TGTHR (formerly known as Attention Homes), and are able to find safe shelter and LGBT youth support groups. Some end up having nowhere to go and living in their cars or in our public spaces.

Bi+ adults are much more likely than their gay/lesbian or straight counterparts to be live in poverty. Throughout the COVID pandemic, Out Boulder County has helped provide additional funding for LGBT people struggling to make ends meet. About half of the people who received direct aid identified under the bi+ umbrella, and the majority of all grant recipients used the funds to pay their rent or mortgage. Out Boulder County helped keep many of our bi+ neighbors from becoming homeless, but it’s likely some still escaped.

Some of our county’s homeless are gay refugees from neighboring LGBT hate states. Gay and trans people hear about our progressive city, they see pictures of our businesses with rainbow flags, and they decide our county is a much better place for them. They may not know how stretched we are already to support our homeless population, or they may decide that risking tickets and jail time because of our camping bans and parking laws. is a safer risk than what they face in Texas, Wyoming, Utah, Idaho, etc.

The community-wide Bi+ alliance is more complicated than just riding rainbows over Boulder. As individuals and as a community, there needs to be honest reflection on what constitutes true alliance versus lip service. In our experience, people who say they are our allies but apply heteronormative policies and norms can be just as harmful as people who explicitly hold anti-LGBT views.

For example, last fall the queer and trans community Boulder voters asked to support a change in our city’s occupancy code to allow us to legally live with our chosen family. A majority of Boulder City voters said no.

This vote hit hard for many of us who are estranged from our biological families or for whom a traditional, heteronormative marriage/family is something we will never have. Actions speak louder than words, and for us bi+s who live with busy lives, last year’s election showed that much of Boulder still doesn’t understand the alliance needed for our LGBT communities.

The first step to being an ally is perhaps an easier lift than changing our city’s housing policies to better meet the needs of the bi+ community: Respect how we identify. There is never a “coming out” moment for bi+ people. We must always tell people and explain that our identity may not be what they assume based on the apparent gender of our partner.

When someone tells you they are bi/pan, it is an offer of trust and vulnerability. An appropriate response should respectfully fit the context of the conversation.

None of us will ever be a perfect ally. But we can each commit to doing better to understand the diversity of sexualities and genders in our community. We can work to notice the limits of our LGBT alliance to avoid doing more harm to some of the most vulnerable members of our community.

This Pride month, we hope you will reflect on your alliance with bi+ people and the greater LGBT community here in Boulder. For those of you who are already in this community, be proud and joyful of who you are and remember the words of Audre Lorde: “Caring for me is not self-indulgence: it’s is self-preservation, and it is an act of political warfare.”

Neesha Schnepf is a research scientist in the Atmospheric and Space Physics Laboratory at CU Boulder. Dr. Nicole Speer is a longtime Boulder resident and member of the Boulder City Council.