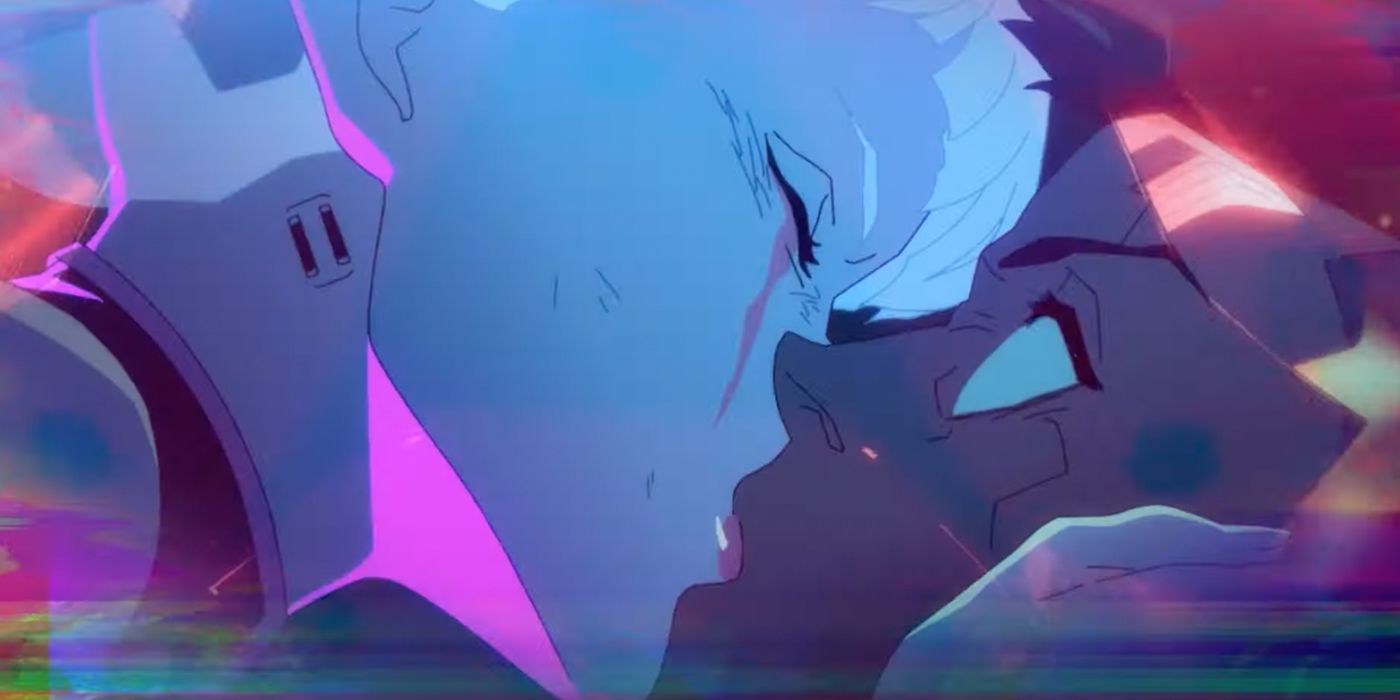 Edgerunners will be hotter and gorier than the game

Cyberpunk 2077 is no stranger to sex, nudity, and grisly violence throughout gameplay. While navigating various locations in Night City, main character V has sexual encounters with various companions during missions. Although the depiction of sex is presented in first person – with suggestive poses, graphic nudity, and moans – strategic camera angles also keep the sex scenes from looking pornographic. The same goes for the depiction of violence. Although the splatters of blood accompany the gunshots, they are also subtle enough not to traumatize the viewer.

However Cyberpunk: Edge Runners is an anime based on the Cyberpunk 2077 game, Netflix’s NSFW trailer makes it clear that any subtlety is out the window. Not only does the anime’s depiction of sex, nudity, and violence appear to be hugely explicit and over the top compared to the original gameplay, but the trailer promises an even wilder storyline with a focus on character deaths. as the main selling point. This seems like a stark contrast to the video game, where V fights to save his own life after a failed heist forces them to insert a dead man’s relic they stole into their own neural network.

When the NSFW trailer for Cyberpunk: Edge Runners opens with a magnificent view of Night City, viewers are introduced to the series’ protagonist, David. In the opening sequence of the trailer, David is seen conversing with a young woman in a dark living room, surrounded by alcohol and cigarettes. They also appear to be inside a skyscraper similar to those depicted in the video game. In the conversation, David mentions his mother and how they were always in a terrible state. The girl then asks him why he chose to stay in Night City; David replies that it was his dream that they were there, even though it wasn’t his.

After this quiet opening, the trailer immediately dives into the series’ premise. The fast-paced footage shows people with painfully installed cybernetic enhancements, exploding cars, and people being shot. In scenes where people have cybernetic enhancements installed, dissection is graphically depicted, along with large spilled pools of blood. All of this apparently happens before the cybernetic part is grafted onto the body. The pieces pictured here include a metal spine and cybernetic eyes. At one point, a large plug is inserted into the back of another character’s head, apparently causing that person excruciating pain.

The most violent scenes of Cyberpunk: Edge Runners‘The NSFW trailer is even wilder. In addition to massive explosions and property damage, various people are quickly shot, with many human bodies blown up in the process. Even in scenes where no weapons are involved, the depiction of hand-to-hand combat is also exaggerated, with bizarre body contortions. As a finishing touch, there are even depictions of rapid stabbings, decapitations, and exploding heads mid-surgery. All the violent images are synchronized with the third movement of Beethoven’s iconic 9th symphony, “Ode to Joy”.

To ensure fans are aware that they are experiencing the world of cyberpunk, the NSFW trailer includes graphic depictions of sex and nudity that far exceed what is experienced in the game. The very first sex scene in the trailer is a fourgy, in which three women pleasure a a man with the same first person point of view as the video game. The second is more subtle but is still presented in the first person.

Why is ‘Blonde’ – Netflix’s Marilyn Monroe biopic – rated NC-17 instead of TV-MA?

Pride and Shame | The Spectator Australia