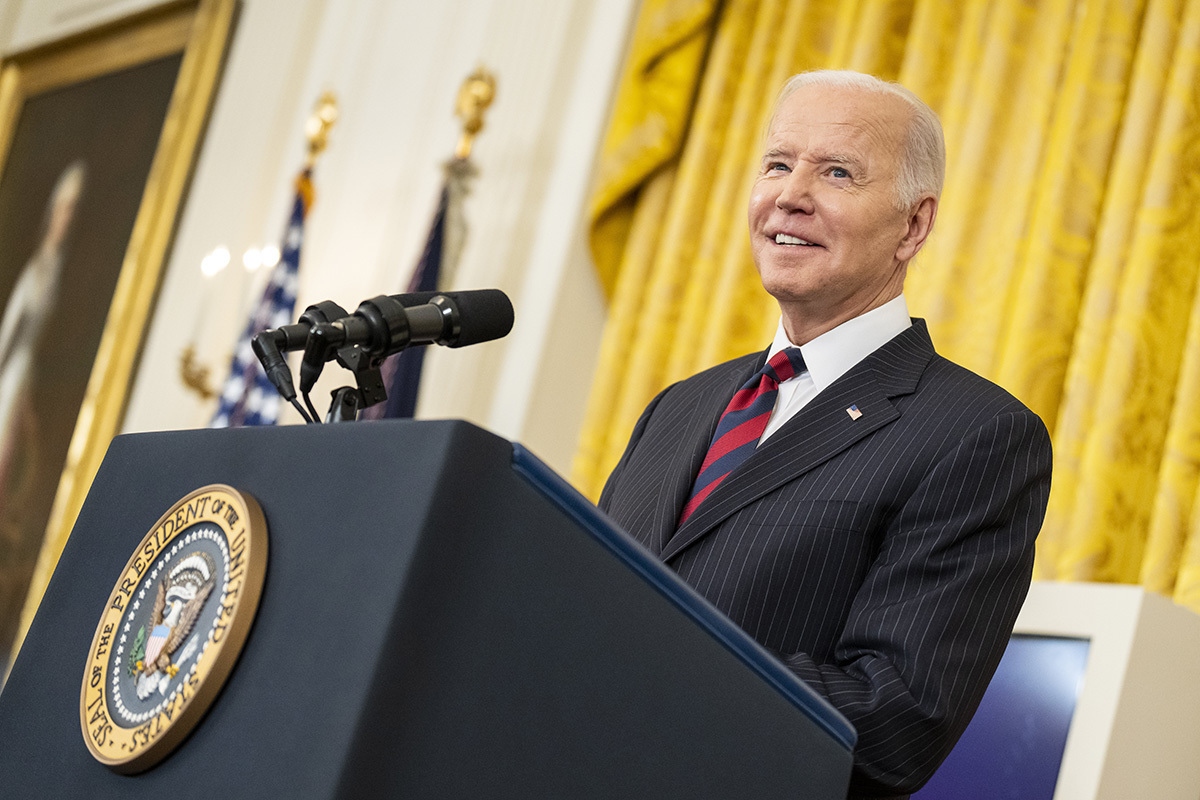 The President also issued a Fact sheet, explaining exactly how he runs federal agencies. The agenda is an unprecedented all-out attack on children, families, and the First Amendment rights to religious freedom and free speech.

The order directs the Department of Health and Human Services “to promote expanded access to gender-affirming care.”

This so-called ‘care’ is based on the false premise that children are arbitrarily assigned a sex at birth and that they might actually be the opposite sex – or even a different, self-constructed ‘gender’. . The administration is pushing the gender ideology, a theory disconnected from reality, to the whole nation.

‘Transgender’ medical interventions for children with gender confusion include the destructive experimental practice of giving them ‘puberty blockers’, powerful drugs that block their normal psychological, social and biological development.

Although proponents claim puberty blockers are reversible, this is untrue. A child can never fully recover the time stolen by off-label use of these drugs.

Puberty is not a disease. It is a natural developmental phase, not something that requires medical intervention.

White House policies will harm children even more, giving them opposite sex hormones and suppressing their naturally produced male or female hormones.

Taking hormones of the opposite sex causes irreversible changes in the body of a teenager or teenager. And they are risky, with possible serious side effects such as infertility, psychiatric disorders, osteoporosis, blood clots, strokes, heart attacks and cancers.

These drug and hormonal treatments that are harmful to the body and mind are often followed by permanent surgeries that mutilate the body. Girls as young as 13 get double mastectomies and girls as young as 16 get hysterectomies. Boys as young as 16 and 17 have their penises removed and surgically castrated.

Transgender treatments do not change a person to the opposite sex. And, there is not a single long-term study that shows these interventions are safe or effective for children with gender identity confusion.

It would be so much better to help boys and girls accept their biological reality and embrace their innate masculinity or femininity.

But no. Federal agencies are urged to end any therapy that would help these children, a direct attack on parental rights, religious freedom and freedom of speech.

In many cities and states, the parents of a teenage girl who is struggling to accept her female body are already unable to get real therapeutic help. This administration would spread these therapy bans across the country — and around the world.

God created male and female humanity in his image, with male or female individuals. Federal agencies have been ordered to engage in a full-scale attack on these religious beliefs.

Ethical therapeutic practice gives you the right to determine the goals and direction of your counseling. But therapy bans take away your autonomy and self-direction, forcing you to embrace a homosexual identity.

The Federal Trade Commission has been ordered to review whether therapy for unwanted gay or transgender people “constitutes an unfair or deceptive act or practice.”

If the FTC prosecutes this, Christian counselors, pastors, bookstores, schools, ministries, and churches that teach God’s purpose for sexuality and offer help to wrestlers could now be subject to prosecution for tax fraud. the consumption.

This program is a total threat to children, parents’ rights, freedom of expression and religious freedom. We must fight back, work to protect children and our God given rights.

Jeff Johnston is a writer for Focus on the Family’s Daily Citizen.