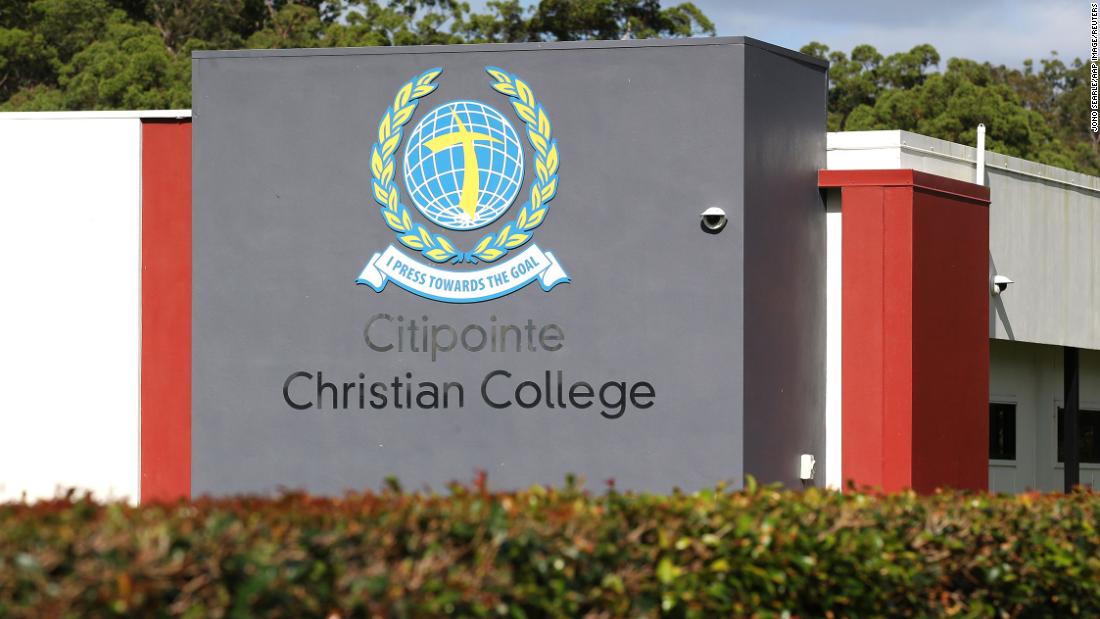 By Brandon F. Wells Last updated Mar 10, 2022
Share
The document could see students expelled because of their sexual orientation, gender identity or sexual activity, according to a Change.org Petition against the new contract, which has garnered more than 100,000 signatures.
Citipointe Christian College sent the contract to parents last Friday before the new school year, according to to CNN affiliate 7 News.

“We believe that any form of sexual immorality (including but not limited to adultery, fornication, homosexual acts, bisexual acts, bestiality, incest, pedophilia and pornography) is sinful and offensive to God and destructive to human relationships and society,” the school document reportedly said.

The contract also stated that the college would only enroll a student “on the basis of the sex that corresponds to his or her biological sex.”

The college is one of the largest independent schools in Queensland, teach around 1,700 children from primary to secondary, according to its website.

The petition accuses the school of openly discriminating against queer and trans students and asks the school to retract the contract.

“Sign the petition to show Citipointe that we will not tolerate such blatant transphobia and homophobia,” wrote Bethany Lau, the petition’s creator.

The school respects the contract and in a statement said its teachings and operations are based on the religious beliefs of the International Network of Churches “which hold that marriage was instituted by God between a man and a woman, and which make no distinction between sex and biological sex”.

Pastor Brian Mulheran, principal of the school, said in the statement: “We have always held these Christian beliefs and we have tried to be fair and transparent in our community by clearly stating them in the enrollment contract.

“We seek to uphold our Christian ethos and empower parents and students to make an informed choice about whether they can support and embrace our approach to Christian education.

“Citipointe does not judge students on their sexuality or gender identity and we would not make decisions about their enrollment in the College simply on that basis.”

However, the new contract stipulates that the school would have “the right to expel a student” who “no longer adheres to the doctrinal precepts of the College, including those relating to biological sex”, according to 7 News.

Queensland Education Minister Grace Grace, who has a non-binary child, said she found the contents of the contract “very distressing”.

“Nowadays to see that happen is actually pretty amazing,” Grace said. The minister said the matter had been referred to the Accrediting Council for Non-Public Schools, which would review complaints about the school on Thursday.

The Queensland Human Rights Commission said the state’s anti-discrimination law prevents schools from discriminating against students because of their sexuality or gender identity.

State schools can operate as single-sex or religious schools, but the law “does not allow a school to deny enrollment on the basis of gender identity or sexuality,” the commission said in a statement. communicated.

“A school policy that requires a trans or gender-diverse young person to be treated as their sex assigned at birth, or that forces a young person to hide or deny their sexuality, is likely to constitute unlawful discrimination,” he said. -he declares.

“Schools cannot evade their obligations under discrimination laws by requiring parents or students to agree to discriminatory terms.”

The Religious Discrimination Bill is still pending in Parliament and thousands of interested parties have submitted their views.

Critics fear the bill would allow religious bodies, including schools and charities, to discriminate if it is consistent with their core beliefs.

In its brief, the New South Wales Council for Civil Liberties said the bill “dangerously extends the excessive privilege of religious rights over other rights and weakens existing protections available under laws.” current state and federal anti-discrimination rules.