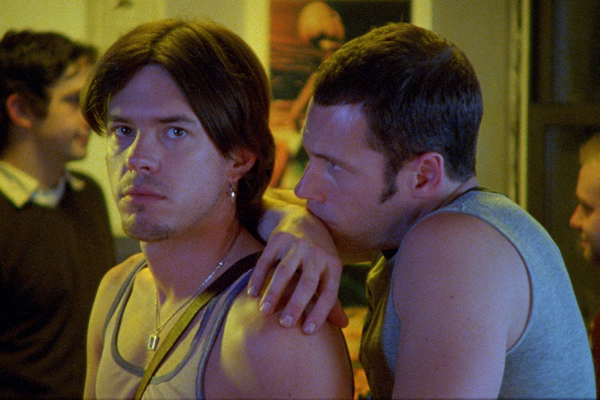 A year ago, the holiday season was streaming. But now, thanks to various protocols, including masks and proof of vaccination, DMV viewers can come together and experience — live and in person — both beloved classics and promising new works. Here’s an overview of what’s out there.

At the Olney Theatre, Paul Morello is delighted to bring back “A Christmas Carol 2021” (until December 26), his solo adaptation of Dickens’ ghost story. Regarding the return to a live audience, Morello says, “Although this is technically a one-man show, it’s really about connecting and collaborating with an audience, being in the same room , to breathe in unison. I can’t do this without an audience and for a story that thrives on redemption, mortality, isolation, the need for community and connection, and the things that matter most, the timing couldn’t be better.

Olney is also presenting “Disney’s Beauty and the Beast” through January 2. This “musical tale as old as time” stars actor Jade Jones as Belle and Evan Ruggiero as the Beast. olneytheatre.org

For the holidays, Synetic Theater in Crystal City is reworking “Cinderella” (27 Nov-26 Dec). Led by an all-female creative team, this festive take on the classic fairy tale is inspired by Afro-Latin music and dance. Directed and adapted by Maria Simpkins who also plays the title role. synetictheater.org

Last year, due to COVID-19, Ford’s Theater presented “A Christmas Carol” as a radio show, but now the fully produced play is returning to the venue’s historic stage until December 27. Scrooge, the miser who, after a night of ghostly visits, rediscovers the joy of Christmas. fords.org

Another DC tradition that will get audiences in the holiday mood is that of the Washington Ballet. “Nutcracker,” playing at the Warner Theater until December 26. Set to Tchaikovsky’s enchanting score, this charming and superbly executed offering is set in Georgetown circa 1882 and features a retinue of historical figures as well as children, rats, fairies and a mysterious godfather. The choreography is by Septime Webre. washingtonballet.org

The Folger Consort, the superb early music ensemble in residence at the Folger, will present seven concerts of “A Medieval Christmas” (December 10-18) at St. Mark’s Church on Capitol Hill. A streaming version of the concert will also be available for on-demand viewing. folger.edu

At the Lincoln Theater, the Gay Men’s Chorus of Washington, D.C. presents “The Holiday Show” (December 4, 11 and 12) filled with tap dancing elves, a dancing Christmas tree, snow and more. The fun and festive program’s tracklist includes “Let It Snow!” Let it snow! Let It Snow!”, “12 Rocking Days of Christmas” and “Boogie Woogie Frosty”. Performances featured range from the full choir, soloists, all GMCW ensembles and the GenOUT Youth Chorus. gmcw.org

Arena Stage marks the season with August Wilson’s “Seven Guitars” (through Dec. 26), a drama about a small group of friends who reunite after the untimely death of their friend, a beachside blues guitarist. celebrity. Directed by Tazewell Thompson, the production features an exciting cast that includes local actors Dane Figueroa Edidi and Roz White. arenastage.org

Creative Cauldron serves up holiday magic with “Christmas Angel” (9-19 Dec.). Based on a little-known 1910 novel by Abbey Farwell Brown, it’s the story of a lonely, bitter old maid who finds happiness again through a box of old toys. The new musical commissioned for the holidays is a collaboration of longtime musical collaborators and married couple Matt Conner and Stephen Gregory Smith (lyrics and book). creativecauldron.org

The next step is “Tootsie” (December 7-12), the hit musical based on the 1982 gender-focused film starring Dustin Hoffman as an unemployed actor who disguises himself as a woman to land a role on a popular soap opera. The show includes a book by Tony winner Robert Horn and a score by Tony winner David Yazbek (The Band’s Visit). thenationaldc.com

Keegan Theater presents its annual holiday offering, “An Irish Song” (10-31 December). Set in a modern Dublin pub, the funny but poignant original work (a nod to Dickens) traces the changes in the life of a wealthy but miserable tax collector during a Christmas Eve. keegantheatre.org

At the J Theater, it’s the Kinsey Sicks “Oy Vey in a manger” (Dec. 17-25). Blending drag, four-part harmony, and political humor, the “dragapella beautyshop quartet” bring their own hilarious and irreverent take on the holiday. theatrej.org

And through January 2, Signature Theater continues to brighten up the season with its production of Jonathan Larson’s “To rent” directed by the company’s artistic director Matthew Gardiner and stars actor David Merino as Angel, a supernaturally energetic drag queen and percussionist. sigtheare.org

And finally, something strictly for kids: Imagination Stage presents “Corduroy” (11 Dec-24 Jan). Based on Don Freeman’s beloved children’s books, it’s the heartwarming story of a girl and her perfectly imperfect teddy bear. Ideal for ages 3-9. imaginationstage.org

Latin singers: From flamenco to Spanglish: why Rosalía’s latest album is causing a stir | United States