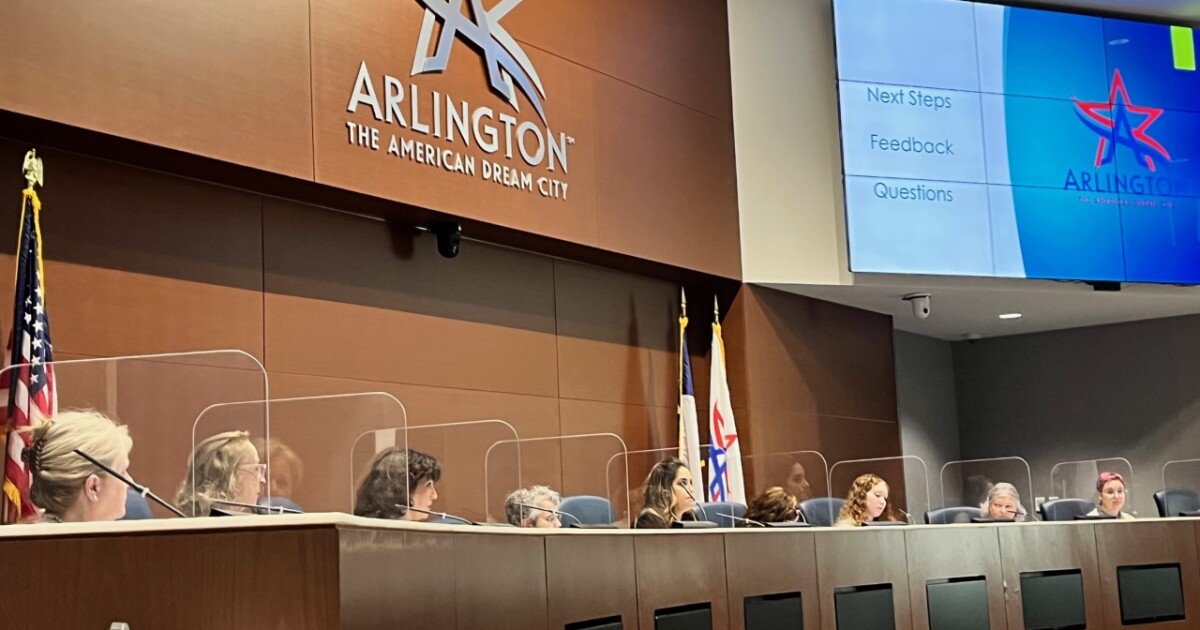 Council filed a vote on the policy to gather more information and feedback from residents. The decision follows nearly four hours of debate over the political nature of whether the assembly of Pride Month displays is appropriate for children.

The project, created by a committee of library staff, would limit Pride Month postings to the adult section.

Board chair Catherine Serna-Horn called the proposal “silent censorship” and an impediment to the free flow of information.

“It always embarrasses young people who are locked up and don’t prefer to hang out with library staff or whoever they are with,” Serna-Horn said.

Devin Dowling, vice chairman of the board, argued that the LGBTQ community, particularly the transgender community, is controversial. She said there was not enough research on gender-affirming surgery and argued that displays in children’s sections would promote it.

“It’s not exclusive not to post something. I would say it’s like a compromise on non-controversial issues in the children’s sections,” Dowling said.

The meeting comes nearly a month after seven pastors told city officials and library staff that posting LGBTQ-affirming content in children’s and young adult sections would harm the mental health of children. children.

Gary Hutchison of Grace Community Church said he attended the meeting and that being LGBTQ sends children down a “path of pain”.

Instead, library staff can direct people to the appropriate section.

Board member Zoe Wilkerson said the existence of LGBTQ individuals is not political. She added that the displays in each section are tailored to what is appropriate for each age group. If children are directed to a display in the adult section, they may find explicit content.

“If we have pride displays in the kids and teens areas, then it will be more age-appropriate LGBTQ content for those kids,” Wilkerson said.

According at the American Psychiatric Association.

The people leading the discussion have for more than a year been pushing Mayor Jim Ross to stop proclaiming June as Gay Pride Month. Ross finally released the proclamation after a stern speech, in which he said they wouldn’t stop at his watch.

About three dozen people spoke at the meeting Thursday night, most of whom supported keeping screens in the adult section for the sake of children.

Gina Woodlee, who first addressed the issue publicly in July 2021, argued Thursday that discussions of the LGBTQ “lifestyle” are only about sex acts. She accused LGBTQ people of supporting inclusivity in libraries to “prepare” children.

“We ask that you help us protect the innocence of our children and not side with drag queens and groups whose main goal is to expose our children to sexual content and lifestyle that the majority of our population doesn’t celebrate,” Woodlee said.

Woodlee, in emails to council members in April and obtained by KERA News, asked City Council member Barbara Odom-Wesley if the library should allow anti-abortion rights exhibits depicting “aborted babies exposed and the horrors of abortion”.

“It’s how sickening Gay Pride displays are to many of us and how absurd it is to display socially controversial groups,” Woodlee wrote.

“I don’t want my kids to talk about sex,” she said, looking at her kids in the bedroom lobby as the debate continued.

About eight speakers pleaded for permission to display pride in the children’s sections.

Reverend Kate McGee of Westminster Presbyterian Church said the arguments she heard had nothing to do with the community, whose representation and culture does not depend solely on gender.

“I don’t think they’re addressing the issue at hand, and I think they’re twisting the Christian faith into something it’s not,” she said.

Bennett Reddig, chair of the library’s Young Ambassadors, said he was disappointed with the rhetoric.

“I think most people fall into a manufactured controversy and a lot of the things they say just don’t exist,” Reddig said. “They’re kind of using the platform of this meeting to spit their hateful rhetoric.”

The Library Advisory Board generally meets on the fourth Thursday of each month. Serna-Horn asked to discuss pornography and overtly explicit books at the next board meeting after public commenters circulated images of Michelle Perez’s graphic novel “The Pervert.” The council will also discuss LGBTQ posting policies.

Norma Zuniga, Director of Libraries, said the Library System will create an online public inquiry into the postings and post the revised policies before the next meeting.

For LGBTQ mental health support, call the Trevor Project 24/7 toll-free helpline at 866-488-7386. You can also reach a qualified emergency response advisor through the National Suicide Prevention Lifeline by calling 800-273-8255 or texting 741741.

Do you have any advice? Email Kailey Broussard at [email protected] You can follow Kailey on Twitter @KaileyBroussard.

KERA News is made possible through the generosity of our members. If you find these reports useful, consider make a tax-deductible donation today. Thanks.

Jonathan Cahn: The Gods Have Returned