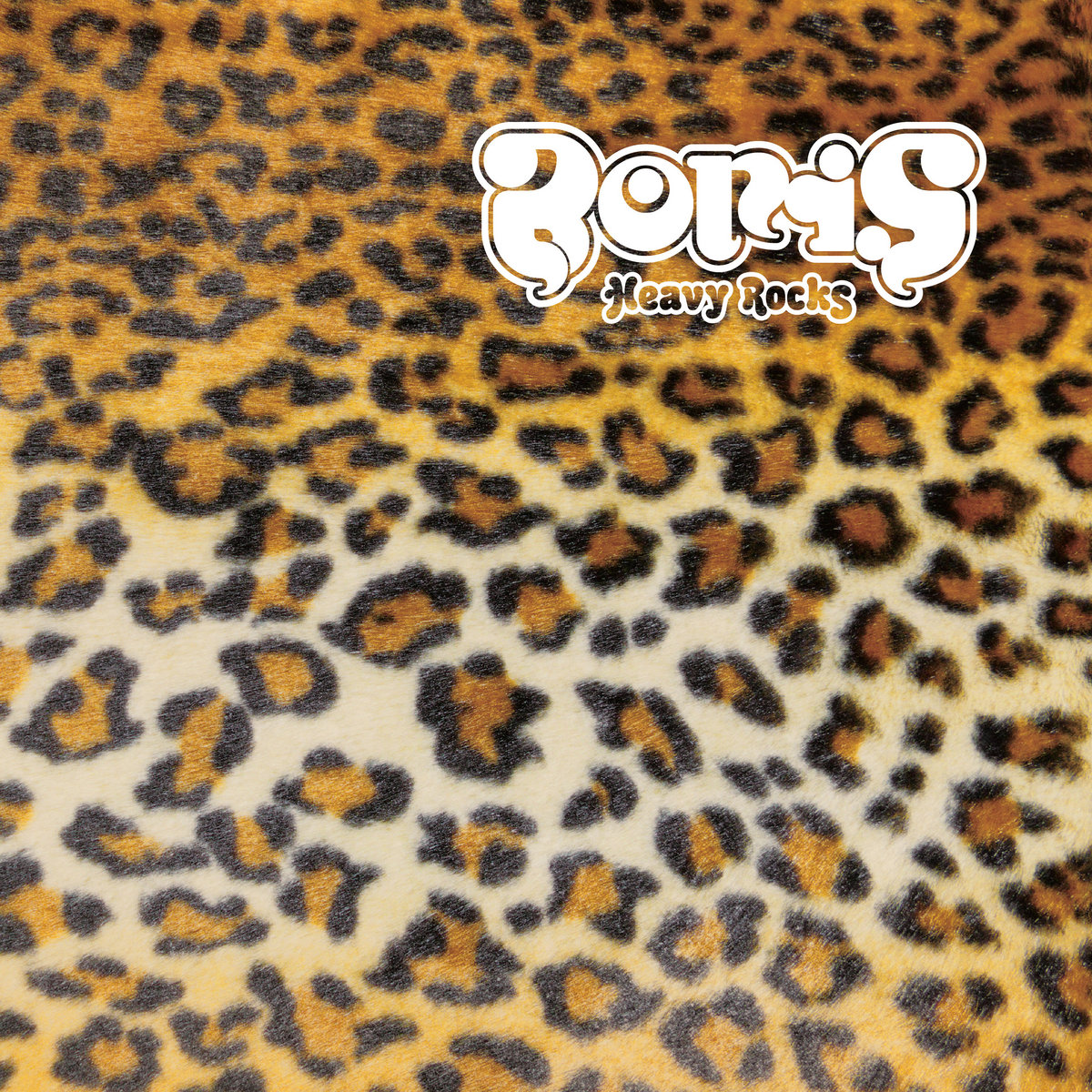 Heavy Rocks (2022) is the third in a series of Boris‘ heavy rocks records that attempt to move beyond 70s arcane rock and balls of proto-metal with an avant-garde/experimental banger lined with pine tar. On a good day, the line Boris traced between the past and the present during 28 (jeesus fucking christos!) albums and countless EPs/live albums/splits/and so on is more like a propeller that spins, curves, winds around regularity, appearing and disappearing above a rock, punk and metal horizon. Under the World’s Largest Umbrella, Bassist/Guitarist Takeshiguitarist Wata and drummer/singer Atsuo could be considered a stoner rock band. Wikipedia chooses not to label them an “experimental music band” while the normally perceptive Metal Archives keepers simply have their genre listed as “miscellaneous”. I can’t deny all the above and newest heavy rocks adds more fuel to these and any classification than anyone could come up with but, by the title and intent of the series, does so with heaviness in mind. Understand, however, that BorisThe ever-evolving idea of ​​”heavy” probably isn’t what most people would normally think of when they stop at a website called Metal Injection.

Despite the sonic warmth that accompanies vintage amplification walls, (presumably) tape recording and a gleaming drum set that looks like it’s been cryonically preserved since it fell out of the back of the equipment truck during the second stage of black sabbathit is master of reality tour, there’s an underlying air of weirdness that pushes this beyond just being a very decent rock record with the 1960s and 70s in focus.

First banger “She is Burning” is full of shirtless rock tropes like fuzzier guitars than King Buzzo‘s ‘fro, trills played like they’re going out of fashion, double beat, sloppy Hendrix– like the delivery of the melody and more string bending than the last string bending. This is all piled on by mock horns, layer upon layer of vocal track interjections (with lines just off enough to be noticeable, but still working) and John Zorn-like a sax bleating. The riff might sound familiar, but since it’s augmented with all those extraneous sounds, noises, and effects, it makes the blandness of the overpriced classic rock concert shirt look like intemperate mayhem. On that same tip are “Question 1” and “Ruins,” the former kicking off a D-beat thrash gallop with walking basslines and surround-sound vocals before heading to 2001: A Space Odyssey vastness rooted in the spacious drumbeat and Callithumpian ax throw, while the latter is about as straight ahead on rocking hardcore tip as Boris maybe never been.

The experimental aspect comes through more in tracks like “Blah Blah Blah” on bass and its juxtaposition of free-jazz, noise rock and slashes of seemingly random effects, rap sax and junkyard drumming with a chorus that sound like Pat Benatar making his way through the auto shop last year. And “Ghostly Imagination” rips like Motorhead-meets-Rushbut with what looks like a hardcore digital hero Alec Empire hold the drum machine. These two work. Other more forward-thinking excursions, like “Nosferatu,” are more the sound of the band losing plot and racketeering for the sake of racketeering and calling it nerd art in a low-key presentation. brow. And the melodyless vocal moan reminiscent of a strangled “Love Hurts” over it Nine inch nails The piano rarity including “(not) Last Song” is actually a terrible release statement, but thankfully it’s not a finished moment. After a few hundred releases, it’s pretty much a guarantee that it’s not the end of this boundary-pushing band and hopefully not the end of the heavy rocks series.

English Dub Review: Girlfriend, Girlfriend “Even if it’s not the right way”

How Crunchyroll is building an anime empire