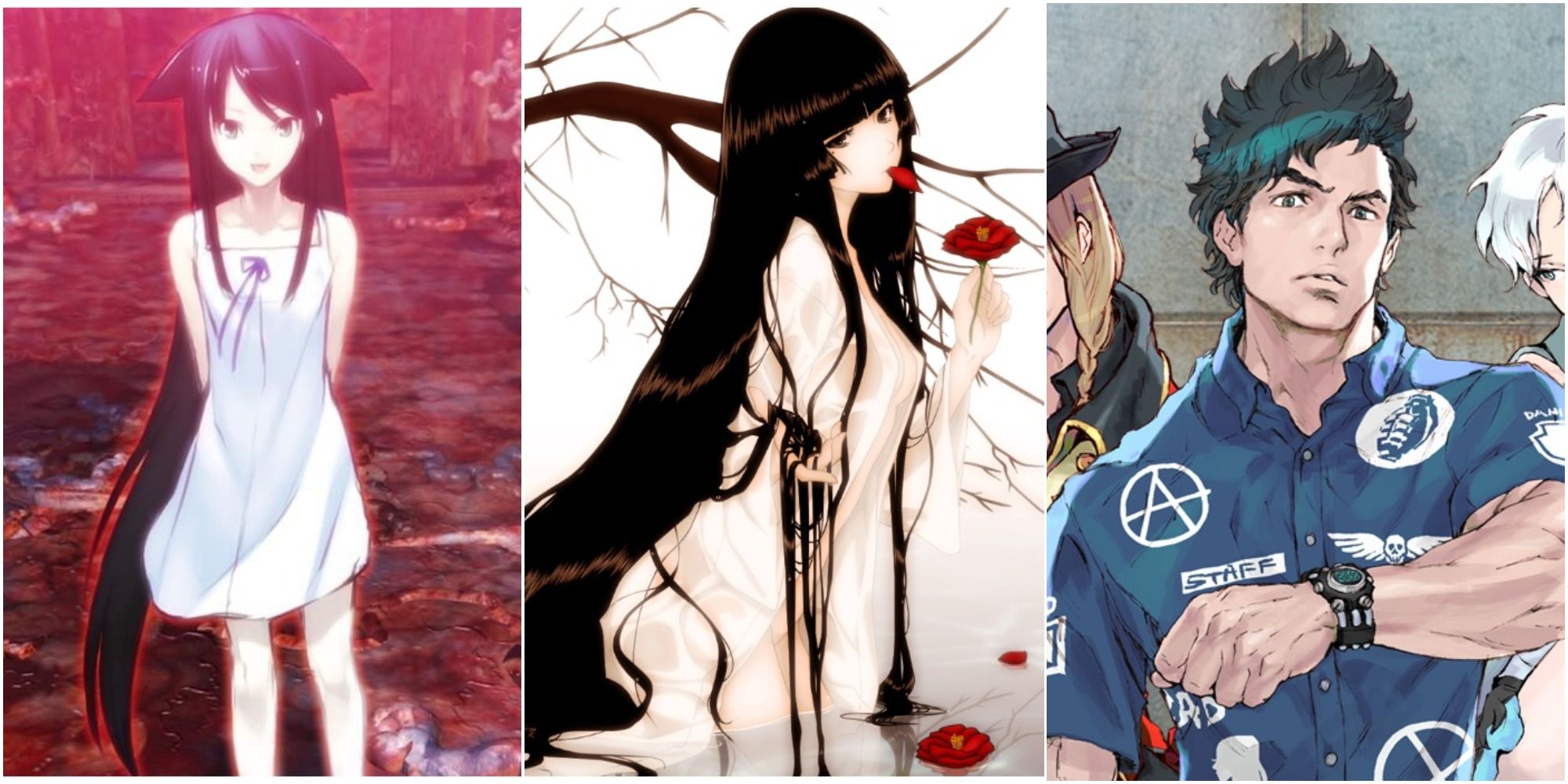 Visual novels are much discredited in the gaming community. Often times people claim that an “interactive book” cannot live up to some AAA titles. Yet visual novels are often among the more complex games with complex stories, characters, and multiple endings. More often than not, some visual novels end up containing more than 1,000,000 words.

RELATED: 10 Best Visual Novels on Steam, According to Metacritic

But how can a visual novel be scarier than a traditional video game? Many horror fanatics will ask this question and dive back into their 50th game of Resident Evil 4. But let it be known, visual novels can terrify players in the depths of their being. With disturbing visuals, weird sounds, and horrific stories, visual novels can easily climb to the top of the fear charts.

Editor’s Note: Some of the titles on this list contain adult content. Be sure to examine them before checking them out if you are sensitive to this type of material.

The Zero escape series, first released on the Nintendo DSI with 9 hours, 9 people, 9 doors, is a series of suspenseful puzzle games revolving around various groups of people trapped in a terrifying death game known as the Nonary Game. To escape, the group must work together to solve the escape room puzzles and sometimes betray each other in the process.

Depending on the game in the series, if they lose, their bodies will be blown up, poison introduced into the system, shot, stabbed, etc. And if that didn’t scare you enough, the game expects you to understand math like nonary games aren’t hard enough.

The visual novel that created the most infamous animated series of all, Higurashi: when they cry is a phenomenal series of “sound novels” that will easily put you in your skin. Set in the 1980s, the story revolves around a group of teenagers in a small town investigating the strange events. There is no choice in the game, only the intense sound design and the gruesome descriptions that await you.

The series is split into question-and-answer arcs, with the story resetting each time with minor changes. However, whichever story you choose, we guarantee the cute teens will stab and torture themselves before the novel ends, leaving you wondering what happened to this peaceful gaming club.

8 Kara No Shoujo is a macabre crime era drama

One of the most poignant titles of the genre, Kara No Shojo is a period drama set in post-war Japan. You play as a detective exploring a series of cases involving the graphic murders of a group of high school girls. In each case, you’ll interview multiple people and carefully analyze the crime scene for clues.

The game doesn’t hold any punches in its blood or history over the nine yards to really hammer home how disgusting a corpse is. However, if gamers can get past his affinity for gore, a compelling horror crime drama awaits as Thesilenceofthelambs.

A timeless classic of the genre, Corpse Day is a hard-to-forget visual novel RPG. It’s so hard to forget, in fact, that they seem to keep doing it again every couple of years in one form or another.

The story follows a group of college students who mess up a friendship ritual that requires them to be teleported to an alternate dimension of murder-hungry corpses and ghosts. The game is screwed up in every way imaginable. Whichever version you play, expect gruesome descriptions of rotting corpses and the murders that take place. Just try not to get too caught up in the game’s convoluted cannon.

A surprise indie hit, Doki Doki Literature Club is the game everyone tells you to play and deliberately forgets to mention that this is a psychological horror game. Don’t let the bright colors or the cheerful music fool you into a false sense of security for this one.

This Steam tag saying “psychological horror” is not here for jokes. The game follows a group of literature students inviting you to their poetry and romance writing club. And then, well … tell club president Monika that we sent you and she’ll explain the rest to you.

When the fans call Saya no uta the most gory visual novel ever created, that’s no exaggeration. Even the toughest stomachs will have a hard time completing this one, so unless players are sure they can handle it, it’s best to avoid it.

Why is it so bloody? Well, the plot revolves around a recently hospitalized man who finds himself in a bloody alternate dimension. Here, he meets the only normal-looking person: Saya, an innocent little child who certainly doesn’t tell you everything you need to know. What follows is a disgusting adventure through hell and images that are hard to forget. Proceed with caution on this one.

4 Divi-Dead is a horror mystery inspired by Lovecraft

This visual novel by C’s Ware is considered one of the flagship games in bringing the genre to the West. Now, sadly, it’s among other abandoned titles left in the dark.

A headline that tells you exactly what you’re getting: Screaming of Gore Show promises screams and blood and he keeps his promises. The story centers on a creepy little girl and her monster sidekick terrorizing a small town with all the gruesome grandeur players can handle.

Scares and blood never hold back in this one, leaving readers on the edge of their seats, and those with even the strongest stomachs want to play it near the toilet just in case it causes them to lose their lunch. (and it probably will).

Another game whose bright, cheerful pink blood fools players into a false sense of security, Danganronpa is a horrible mess of a bloody visual novel. The story follows a group of teenagers trapped by a teddy bear named Monokuma inside a school. To leave, they just have to murder their classmates and not get caught. Of course, this is not as easy as it sounds.

Gore fanatics and real crime freaks will find more than enough mystery and humor inside Danganronpathe twisted webs of deception and crime. The strange hallways will soon send a chill down the spine of players and leave them wondering, “When is the next person going to die … and is it me?” “

Everyone loves to go and see all the cute and adorable sea creatures floating around safely in their tanks in the aquariums. It is the danger of the ocean brought to the safety of city centers and suburbs. But what happens when danger lurks in its head?

Enter Sound of Drop – Fall into poison. This visual novel focuses on two innocent schoolgirls inside an aquarium investigating the bizarre urban legends about it. When one of the girls sees her missing little sister and pursues her, she quickly finds herself lost inside among bloody water and terrible secrets. This short but phenomenal visual novel has more than enough spooky moments to appease ghost hunters (and fish lovers).

NEXT: The 5 Best & 5 Worst Anime Based On Visual Novels, According To MyAnimeList


Next
5 merciful anime heroes (and 5 who show no mercy)

Noah Alfred Pantano is a versatile geek currently studying for a Masters in Screenwriting at the University of Essex. He also graduated from Ithaca College’s Communications Management and Design program with minors in Theater and Business Administration. In his spare time, you’ll see him cosplaying as spiderman or working on his latest script. He’s excited to be working for CBR and using his vast geek knowledge for your entertainment. It should also be noted that he is a chaotic neutral and should be approached with caution.

Cuba-based Alethea AI is a marketplace for NFT avatars